Larry David's Broadway play will probably not star any dogs

Dogs do not like the comedian, he revealed on "The Tonight Show" 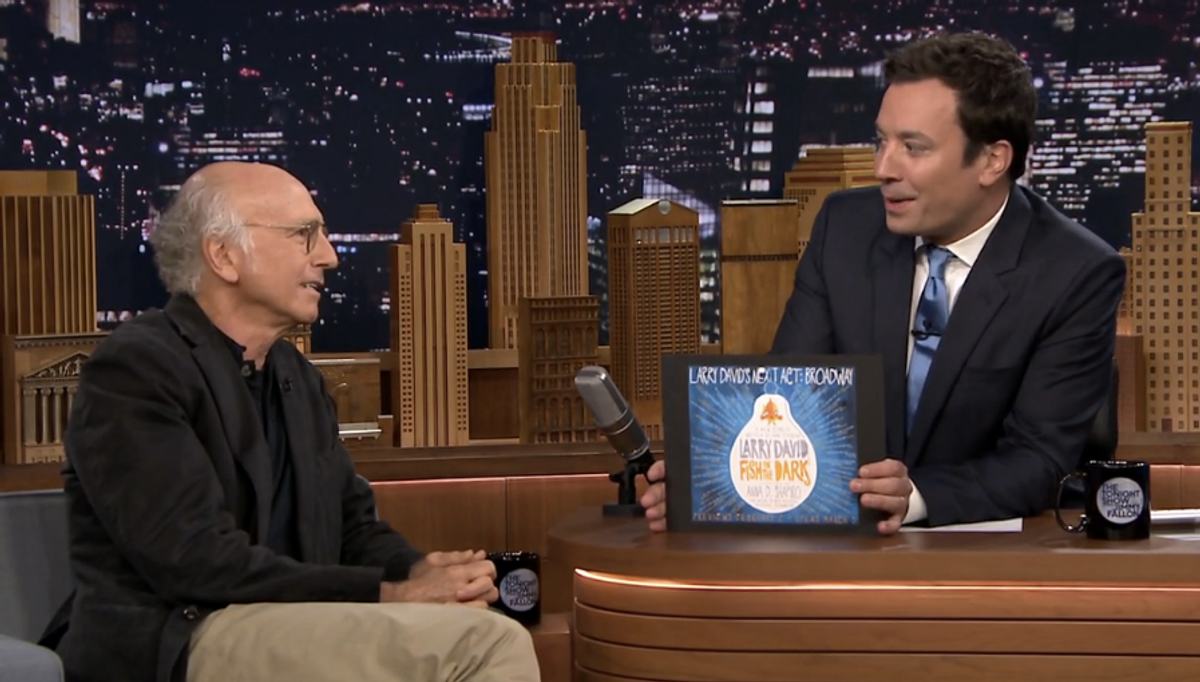 Larry David's upcoming Broadway play will be about dogs. No, just kidding, it will not be because dogs do not like him, and also because why would be write a play about dogs? The "Seinfeld" and "Curb Your Enthusiasm" creator stopped by "The Tonight Show" to regale us with stories about dogs and to discuss his upcoming play "Fish in the Dark." The play, about a death in a family, was inspired by the story of his friend (and a minor "Seinfeld" character) Lloyd Braun, who is producing along with Scott Rudin. As was previously reported, but was news to Jimmy Fallon, it will include lots of actors and will not be a one-man show. "Fish in the Dark" arrives on Broadway March 5 at some theater, according to David.