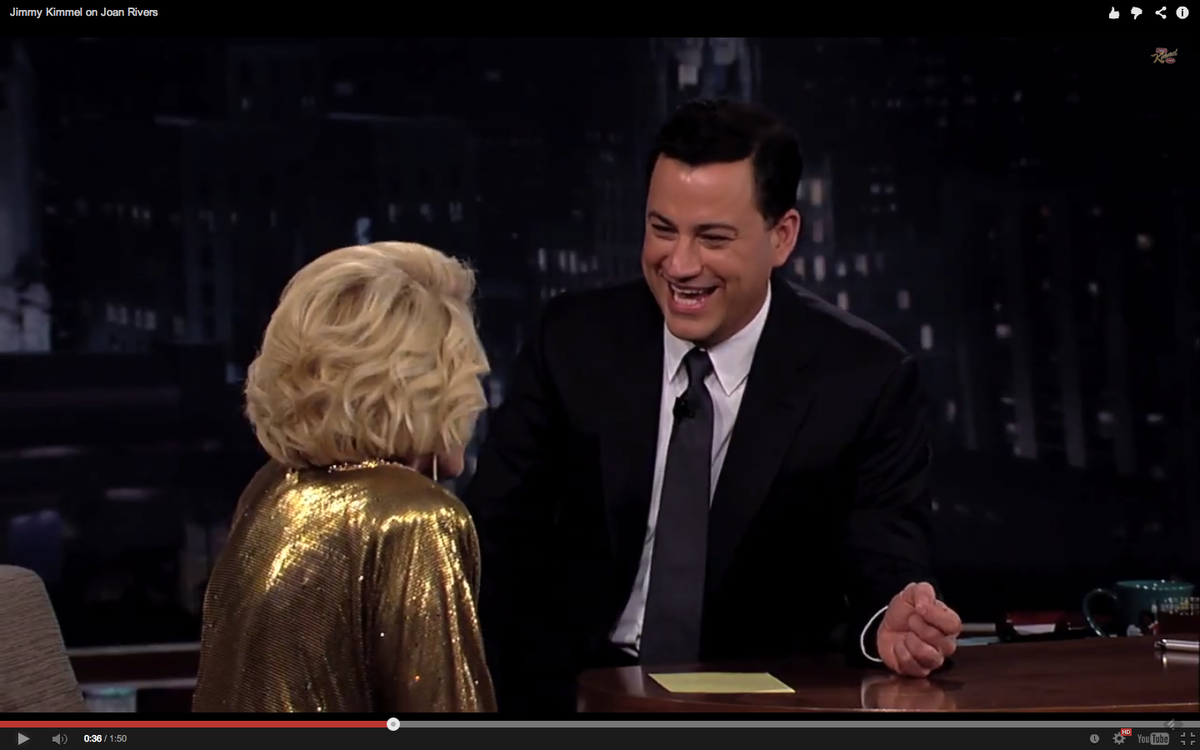 On Thursday night, late night television hosts paid tribute to Joan Rivers, who died on Thursday afternoon at 81. While acknowledging her as a pioneer for women in comedy, the comedians recalled their favorite memories with her. Some even traded insults, all in her honor:

And he and guest Sarah Silverman traded insults in her spirit:

"The Daily Show With Jon Stewart"

"There are very few people in my business you could say who are, or were, groundbreaking talents."

"The Late Show With David Letterman"

Conan O'Brien and Chris Hardwick reminisced about their memories of Joan Rivers, who was a friend of Hardwick:

"I just hope that when Joan meets the man upstairs, he is wearing something she can insult."