It's time for the "Midterm Round Up" from Stephen Colbert 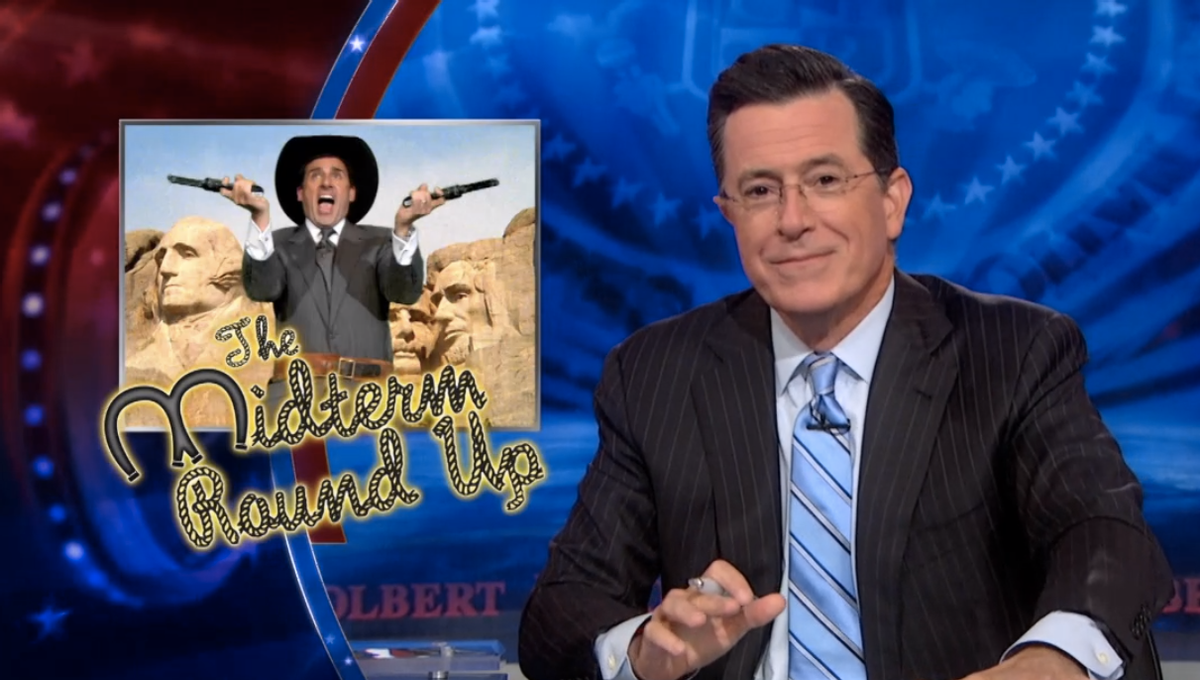 Stephen Colbert's "The Midterm Round Up" (screenshot/The Colbert Report)
--

The 2014 midterm elections are inching closer, and Stephen Colbert is leaving no stone unturned when it comes to examining these races.

Last night he poked fun at Cosmopolitan's new role in political engagement. "I just hope Cosmo's election advice is as misguided as its sex advice," he teased.

However, Cosmo wasn't the ultimate butt of Colbert's joke. For that he turned to Georgia's 10th District, "where right-wing pastor and radio host Jody Hice has all but guaranteed a win by building a diverse coalition of people he doesn't want in his coalition."

Hice has made grossly offensive comments about LGBT folks, women and Muslims. He also falsely attributes presidential quotes on his website. BuzzFeed found at least eight examples of these ridiculous misattributions -- including a Dolly Parton quote attributed to John Quincy Adams. Naturally, Colbert lets it rip, watch below: