Toronto kicks off with Downey Jr.'s 'The Judge' 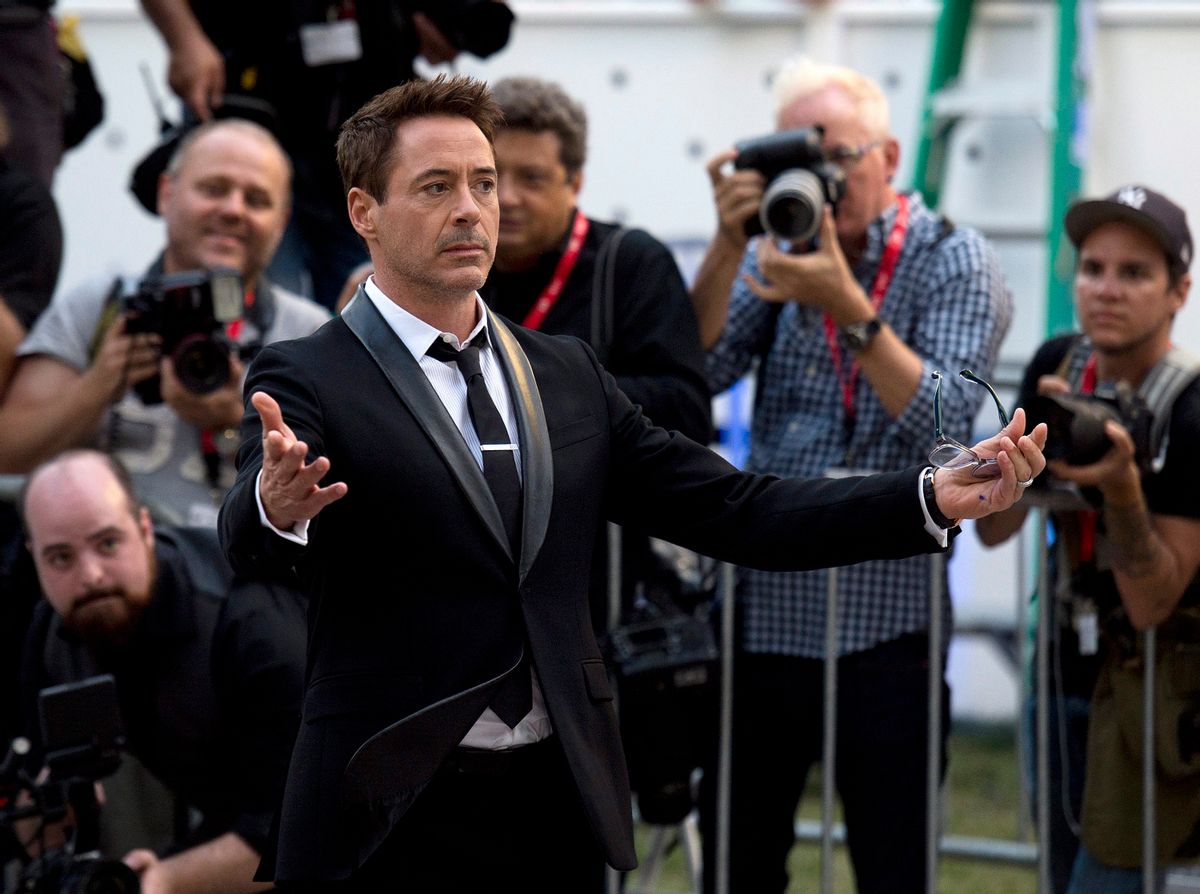 "The Judge" premiered Thursday at Toronto's Roy Thompson Hall, opening the 10-day festival with some red carpet-ready star wattage in a prodigal son tale that plays out as a courtroom drama. Downey plays a high-price Chicago defense attorney returning to his Indiana hometown for his mother's funeral, only to be sucked into defending his judge father (Duvall), from whom he's long been estranged.

While plainly uneven, "The Judge" — at turns comic and weepy — is grounded by the pair of Downey and Duvall. Though veritable opposites — one a manic motor-mouth, the other terse and irascible — they have an undeniable chemistry together.

"A movie is only as good as its title character," said Downey, introducing his co-star. "The movie ... is really about a dad, and the dad has to be a mountain that Hank has to find a way to climb. So it's all contingent on: If we don't cast the right judge, this movie isn't going to work."

"The Judge" returns Downey to drama (albeit one laced throughout with comedy) after years spent primarily as either Tony Stark of "Ironman" or Sherlock Holmes. Whether he can continue his box-office success in a courtroom drama will be a test for the actor.

His wife, Susan Downey (who is currently pregnant with the couple's second child), produced the film, as she has done regularly for Downey.

"The Judge" is also a challenge for director David Dobkin, whose previous films have been comedies, including "Wedding Crashers," ''The Change-Up" and "Fred Claus."

"It's not the kind of movie that gest made often in Hollywood," said Dobkin, whose film will be released by Warner Bros.