3 ways American workers get screwed without even realizing it

Thanks to extra responsibilities like email and overtime, we spend many more hours on the job than we think we do 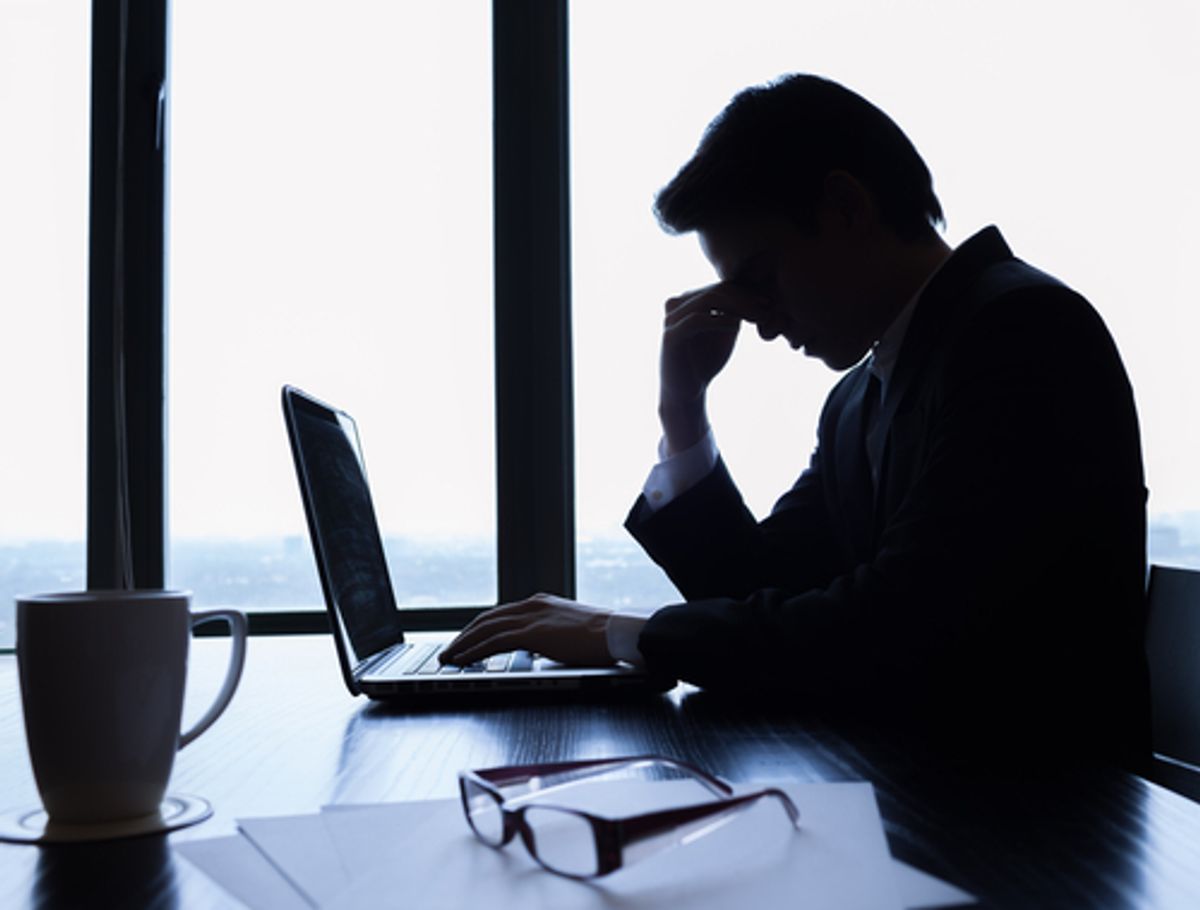 Most jobs have their downsides. Whether it’s a grueling hour-plus commute or an overly demanding boss, our complaints about work typically involve being forced to spend more time and energy on work-related activities than we're expected to. But there are other, more insidious ways that work starts to invade our personal lives, often without our even noticing. These issues are clearly very different for low-wage and white-collar workers (having your hourly paycheck docked because you miss the bus and show up five minutes late is not the same as a salaried employee being asked to stay a few hours late to work on a project), but we all experience them to some degree. Here are three of the most common ways American workers get screwed.

While most of us would shudder at the thought of working six days a week, a new Gallup study reports that full-time U.S. workers spend about 47 hours per week on the job, the equivalent of almost an entire extra workday. This added time can be drawn from any number of sources: mandatory meetings outside of work hours, eating lunch at our desks because we’re too busy to take a break, or simply staying an hour or two late every night to meet deadlines or wrap up tasks.

This infringement on workers’ time is even more egregious for employees who make minimum wage. For many of these workers, who are cobbling together weekly schedules with multiple part-time and temporary jobs, full-time status is just a pipedream. But the ongoing fast-food worker strikes have helped bring the issue of wage theft to national attention. Nine out of every 10 fast-food workers say they don’t get the pay they earned because of off-the-clock work. Across the low-wage spectrum, wage theft includes not just uncompensated overtime, but sneakier tactics like requiring workers to sign blank timesheets and then recording fewer hours worked or erasing hours from timecards. According to a report by the Economic Policy Institute, a left-leaning think tank, more than 60% of low-wage workers have some pay illegally withheld by their employers each week.

2. The tyranny of email.

Earlier this year, the Internet lit up with the news that French workers would now be required to switch off their work phones after 6pm, ignoring all work-related emails. While it turns out that the original coverage of the story was misleading (the agreement only covers tech and consulting workers who have daily contracts—some 200,000 in total), the acknowledgment that people have their own lives outside of the office clearly struck a chord.

Here in the U.S., we answer emails on our subway commutes, on vacations, during meals with friends and loved ones. Thousands of words have been spilled on how changing employer expectations and the ubiquity of smartphones keep us tied to our work long after we’ve left the office. Close to 40% of workers regularly send, receive and check emails outside of working hours. The average worker checks his or her email an astounding 74 times per day. German company Daimler recently offered up a radical solution for its employees that would provoke profound anxiety in most American emailing addicts. With their “holiday mode” setting, which goes into effect for all out-of-work-hours emails, the email sender receives an automatic response with an alternate person to contact, and then their original message is destroyed.

As Bryce Covert points out at Think Progress, no worker in the United States is guaranteed paid time off and a full quarter of American workers have no vacation days at all. But a survey by Glassdoor found that those who do get paid time off usually use only half of it, while 15% don’t take any at all. Thanks to pressure from higher-ups, a lack of other employees who are qualified or available to cover for them, or simply the stress of having too much work, thousands of American workers are leaving one of their most important benefits untapped. Employees stressed by economic insecurity worry about being seen as replaceable or inconsistent by their bosses.

But this mentality is all wrong. Employees have a contractual right to the schedule they agreed upon with their employers, and shouldn’t feel pressured or culpable for wanting to take a few days away from their busy work lives. And needless to say, answering emails from your boss while you’re laying on the beach doesn’t quite count as taking time off.

Countless studies have proven that more work does not necessarily mean better work. That time spent shoveling down a quick salad in front of your desktop, answering emails in bed, or working a 12-hour day at the office actually makes you less productive, not to mention less satisfied with your life. So push back against it any way you can.

An article published by the Markkula Center for Applied Ethics at Santa Clara University makes the point that these cases of overwork are often a result of our own paranoia about our job performance and our employers may not even know how hard we’re pushing ourselves. “As management at many organizations becomes more horizontal, workers may be involved in several different projects at once. The lack of a central authority can mean no one knows how much any particular person is being asked to do.”

Rather than resenting your boss for sending you emails at 11pm, wait until the next morning to respond so he or she doesn’t expect that you’ll always be on call. Be upfront when you can’t tackle yet another project. Don’t feel guilty for taking 30 minutes to eat lunch outdoors in the fresh air. And for god’s sake, use that vacation time!