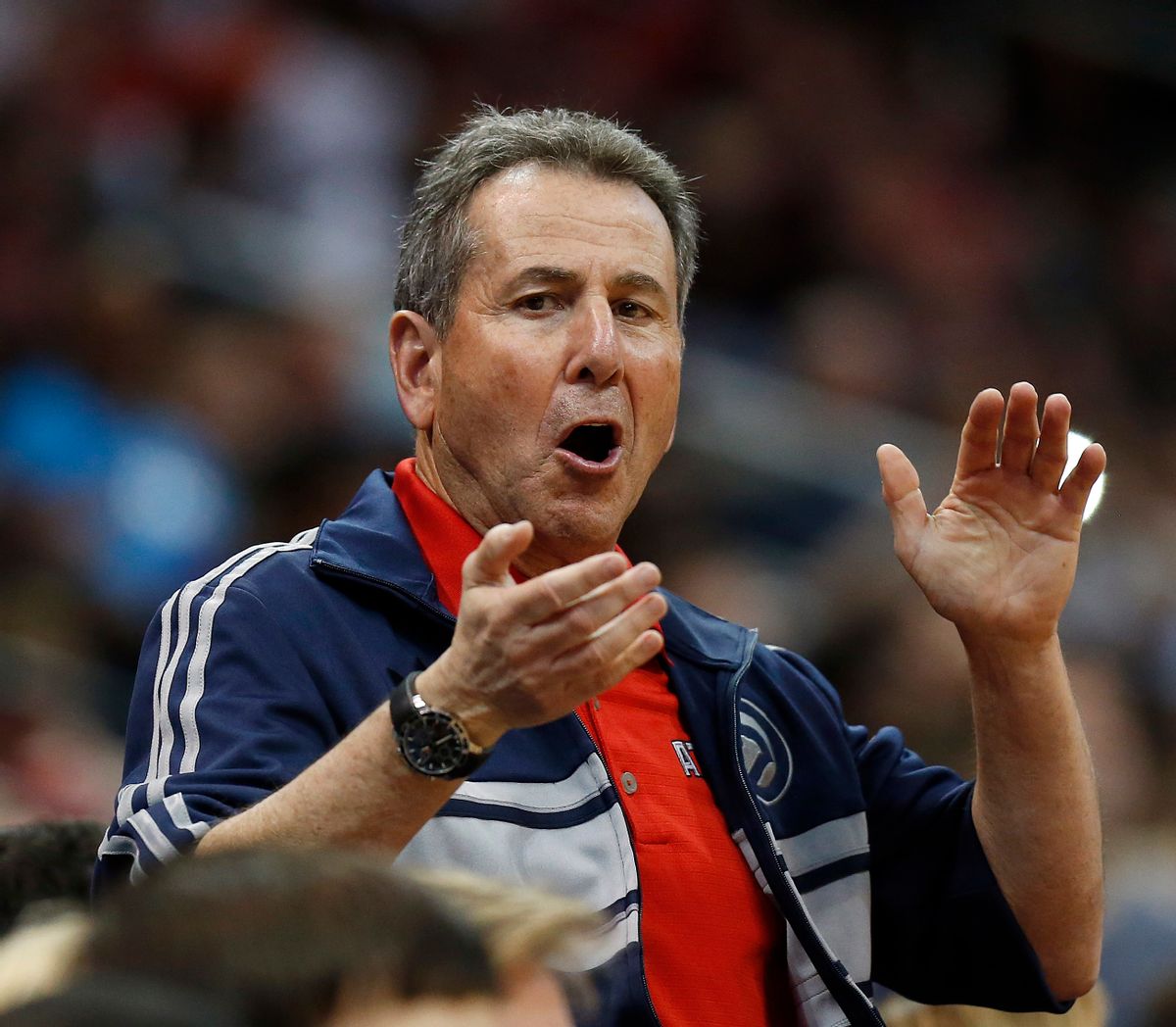 Donald Sterling has a new partner in NBA ignominy.

Atlanta Hawks co-owner Bruce Levenson says he is selling his controlling interest in the team, in part due to an inflammatory email he says he wrote in an attempt ''to bridge Atlanta's racial sports divide.''

Levenson says he regrets the email sent to the team's co-owners and general manager Danny Ferry two years ago as ''inappropriate and offensive.'' In a statement released by the team on Sunday, Levenson said he sent the email due to his concerns about low attendance and a need to attract suburban whites. He says he later realized the email made it seem white fans were more important.

Levenson says he voluntarily reported the email to the NBA.

NBA commissioner Adam Silver said Sunday the league will work with the Hawks ownership group and CEO Steve Koonin, who now will oversee all team operations.

"In trying to address those issues, I wrote an e-mail two years ago that was inappropriate and offensive. I trivialized our fans by making clichéd assumptions about their interests (i.e. hip hop vs. country, white vs. black cheerleaders, etc.) and by stereotyping their perceptions of one another (i.e. that white fans might be afraid of our black fans). By focusing on race, I also sent the unintentional and hurtful message that our white fans are more valuable than our black fans."

"If you're angry about what I wrote, you should be," Levenson continued in the statement. "I'm angry at myself, too. It was inflammatory nonsense. We all may have subtle biases and preconceptions when it comes to race, but my role as a leader is to challenge them, not to validate or accommodate those who might hold them."