The protesters were planning to use "urgency of climate change" as their defense. Turns out, they didn't have to 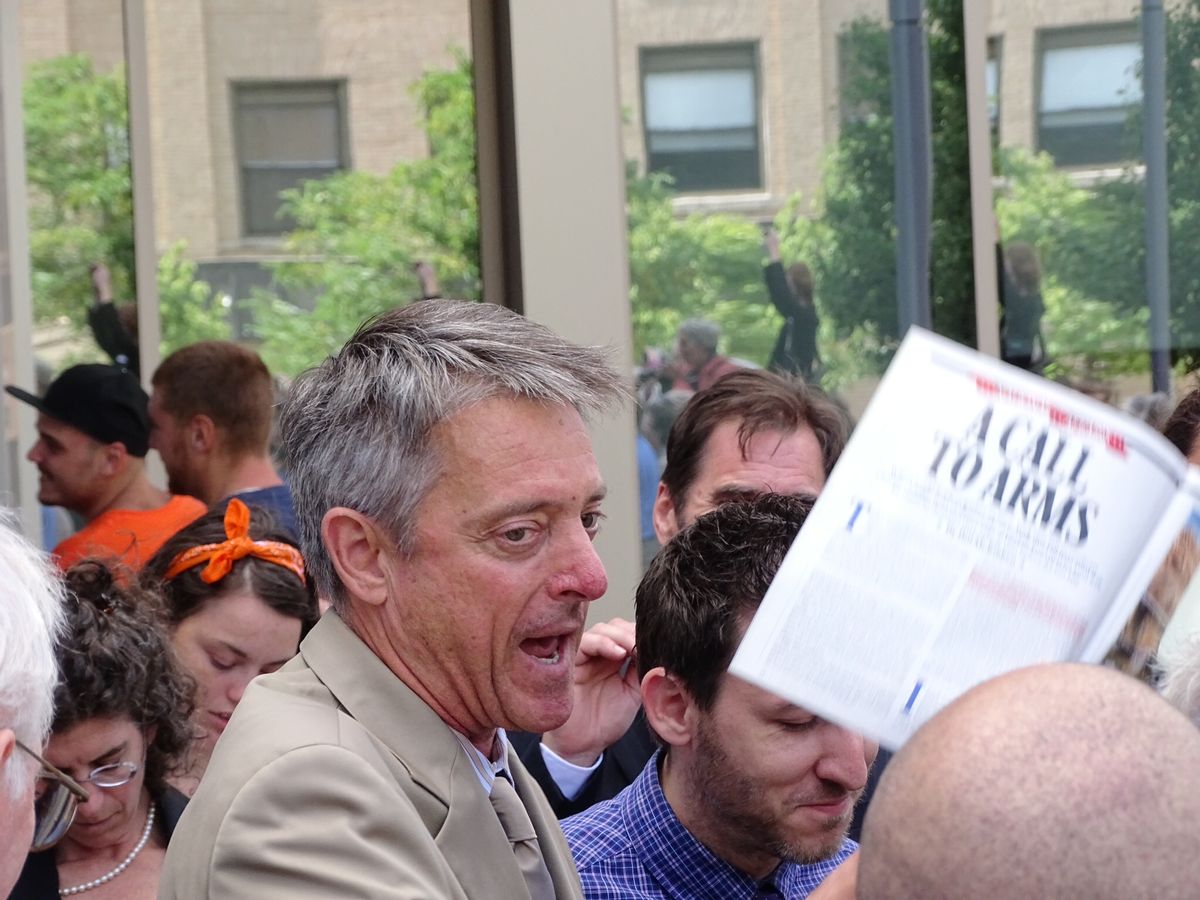 Two environmental activists on trial for blocking a 40,000-ton delivery of coal to a Massachusetts power plant walked away Monday morning after prosecutors dropped or reduced all charges, endorsing the protesters' use of direct action against climate change.

"Climate change is one of the gravest crisis our planet has ever faced," explained Bristol District Attorney C. Samuel Sutter of his decision to drop the charges. It was, he said, a decision "that certainly took into consideration the cost to the taxpayers in Somerset, but was also made with our concerns for their children, and the children of Bristol County and beyond in mind."

"In my humble opinion, the political leadership on this issue has been sorely lacking,” he added. According to those on the scene, Sutter then held up a Rolling Stone article by Bill McKibben and announced that he'd be heading to the People's Climate March, in New York City on Sept. 21.

The protestors, Ken Ward and Jay O'Hara, went to trial with a most unusual defense: Their attorneys planned to argue that the men had to block the coal shipment, because of the urgency of climate change. The "necessity" defense, Businessweek explained, has a history spanning centuries -- a classic example is a prisoner escaping jail because it's on fire -- and was once used, successfully, to get six Greenpeace activists acquitted of criminal damages in a British court after they vandalized a coal power plant. But it's never before been used in this context in the U.S. To succeed, O'Hara and Ward would have to prove that they were "faced with a clear and imminent danger," that they had reason to expect that their actions "would be effective in directly reducing or eliminating the danger" and that there was "no legal alternative" they could have turned to instead. In effect, retired federal judge and Harvard Law School lecturer Nancy Gertner explained to Climate Central, that would amount to establishing that the harm caused by their actions (they were charged with disturbing the peace, conspiracy and boating offenses) was outweighed by the harm that was going to be caused by the coal delivery -- that the coal delivery was a crime and their blockade, therefore, was not. They'd also arguably have to prove that two guys in a lobster boat would have been able to have a meaningful effect on climate change.

No one was sure if it would work -- Gertner called it "not impossible, but certainly unusual” -- but most agreed that it would set an important precedent for future climate protests. Climate activist Bill McKibben was slated to appear as a witness, as was NASA climate scientist Jim Hansen, further launching the trial into the spotlight. Ward and O'Hara acknowledged they were facing prison time, but, as Businessweek notes, seemed willing to take that risk. “What they did was the right thing to do under the circumstances,” one of their attorneys, Matthew Pawa, said. “If there is a threat that’s looming to property or life, to yourself or a loved one, or, in this case, to all of our loved ones, you can act in ways that would otherwise be considered criminally illegal.”

Which makes what ended up happening -- the D.A. conceding their point before they went through the effort of making it, and announcing his intention to join them in a future (legal) protest -- all the more extraordinary. Prosecutors dropped the charge of conspiracy to commit a crime and downgraded the rest from criminal to civil infractions; the defendants agreed to pay $2,000 each in restitution (it's not a fine, the D.A. insists) to the town of Somerset for the cost of removing them from the ship's path. Coming as it is in the lead-up to what organizers promise will be the largest call to climate action in history, this morning's events could still end up being a game changer -- just not in the way anyone was expecting.