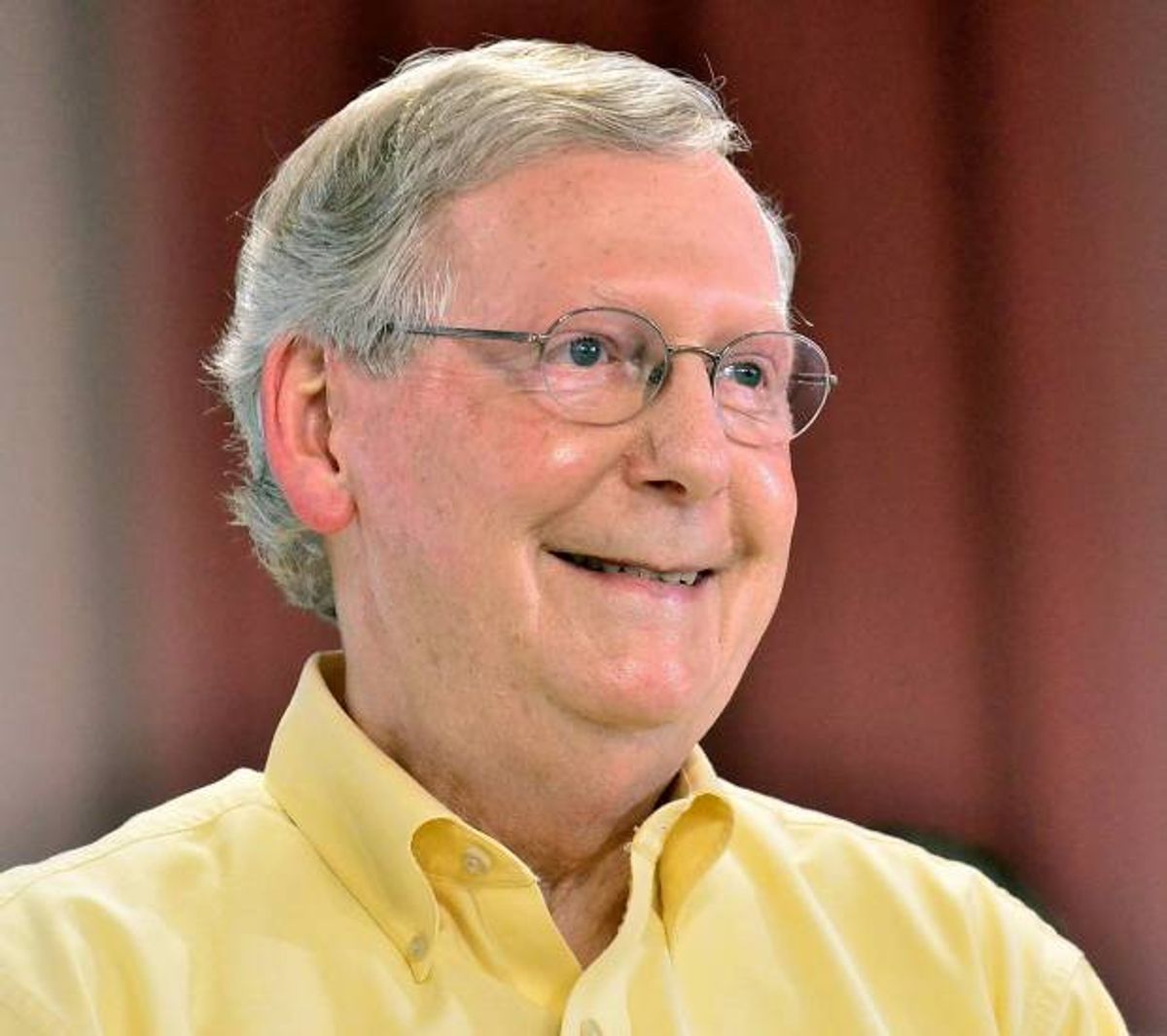 For months, if not years, the conventional wisdom has held that the Democrats' chances of holding onto their majority in the U.S. Senate after the 2014 midterm elections were slim. Now that a new round of polling from NBC, the New York Times, Marist University, YouGov and CBS News has been analyzed by poll-watchers at the Huffington Post, an updated prognosis is in. But for Democrats, the news still isn't good.

"A big batch of new polls released since Friday helped nudge the probability of Republican takeover of the U.S. Senate slightly higher," write HuffPo's Mark Blumenthal, Ariel Edwards-Levy and Rachel Liensech. "The updated national HuffPost Pollster Senate forecast currently gives the Republicans a 55 percent probability of gaining majority control," HuffPo continues. While the outcome is "still barely better than a coin toss," HuffPo writes, the 55 percent figure is "up slightly from 48 percent," the number the site's model offered in its recent debut.

Attempting to categorize the races by competitiveness, HuffPo claims that three of them, being held in Republican-dominated states and featuring a seat opening up due to a Democratic senator's retirement, are all but certain to go to the GOP: Montana, South Dakota and West Virginia. Of the remaining, HuffPo believes seven seats currently held by Dems are in-play: Alaska, Arkansas, Colorado, Iowa, Louisiana and Michigan. Here's how HuffPo scores it: HuffPo's judgment is similar to that of Nate Silver, but is slightly more optimistic as to the Democrats' chances. Silver's latest puts the chances of a GOP-run Senate in 2015 at 65.1 percent. "The bottom line is not much has changed," Silver writes. "But the path to a Republican majority is becoming a little clearer — and the problem for Democrats is that it runs through six deeply red states."

Democrats, then, be forewarned: The phrase "Senate Majority Leader Mitch McConnell" may soon be coming to a greatest deliberative body in the world near you.