These photos powerfully portray the flooding devastation in Kashmir and Pakistan

Hundreds have died in floods in Pakistan and India 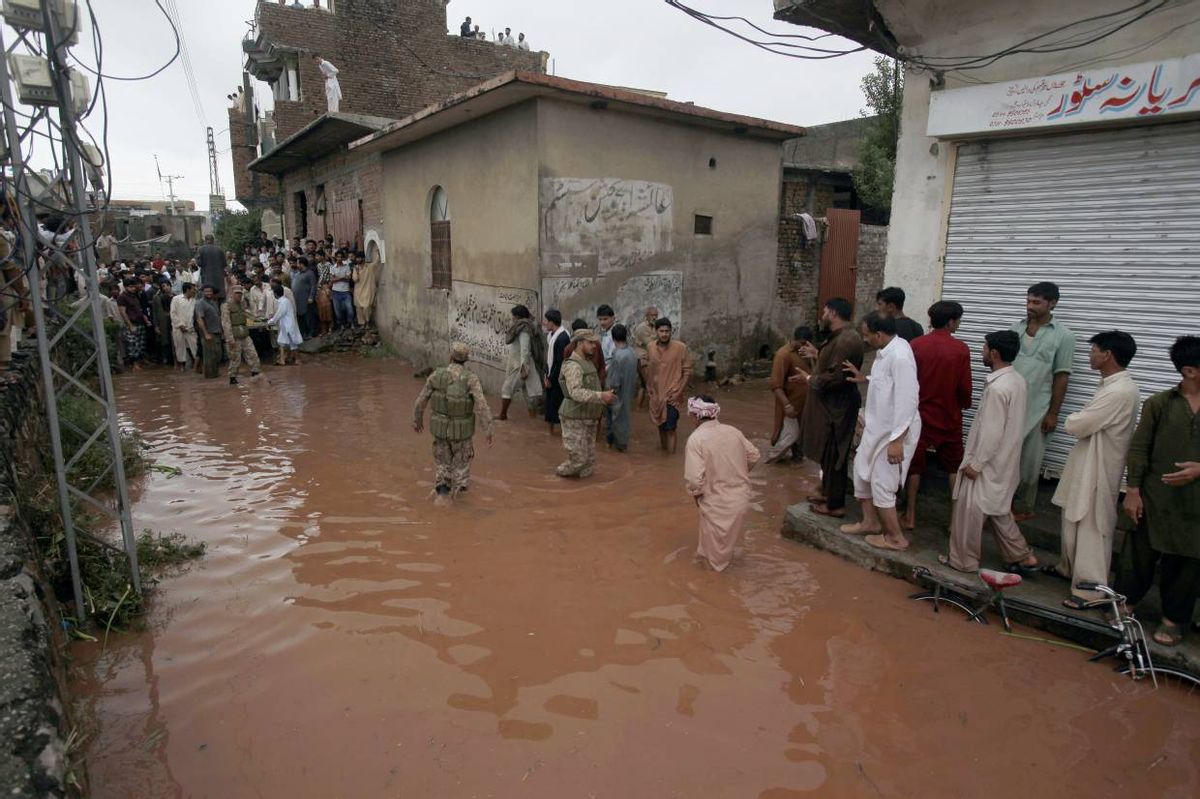 Over the past six days, parts of Kashmir and Pakistan have witnessed unrelenting rain and flooding with waters reaching up to 18 feet, resulting in hundreds of deaths and massive destruction. In Pakistan, a spokesperson has put the death count at 194, while over 290 people have been found dead in India.

In an interview with the New York Times, a local 34-year-old woman named Shakeela Rahman describes the hardships she faces with her two children: "We have not eaten anything, my kids are starving, and our house is completely submerged under water."

Meanwhile, Ahmad Mujitaba, his wife and three children have attempted to travel to higher points in the city: "No one came to help us," he said. "People are still trapped inside their buildings, children are dying and the government's rescue operations have failed."

The New York Times reports on the devastation:

O.P. Singh, an official with the Indian National Disaster Response Force, said that rescue efforts were slow in parts of Srinagar.

“We are facing some difficulty, and there is no communication with our rescue teams,” said Mr. Singh, an official with India’s National Disaster Response Force.

“It is practically impossible to go through the area with boats,” he said of parts of Srinagar. He said rescue operations in those areas had just begun, with Indian Air Force helicopters ferrying boats and rescue personnel between hard-to-reach areas of town, where they were collecting stranded people and bringing them to relatively safer areas.

The army has evacuated about 22,000 people, with 3,000 removed on Sunday, according to an army statement. The army distributed food, water, tents and blankets on Monday.

Meanwhile, photographers from the Associated Press have captured powerful images of the flooding and its aftermath. The slideshow below features some of the most striking images from the region.