This neoconservative pundit's tweet on ISIS really says it all 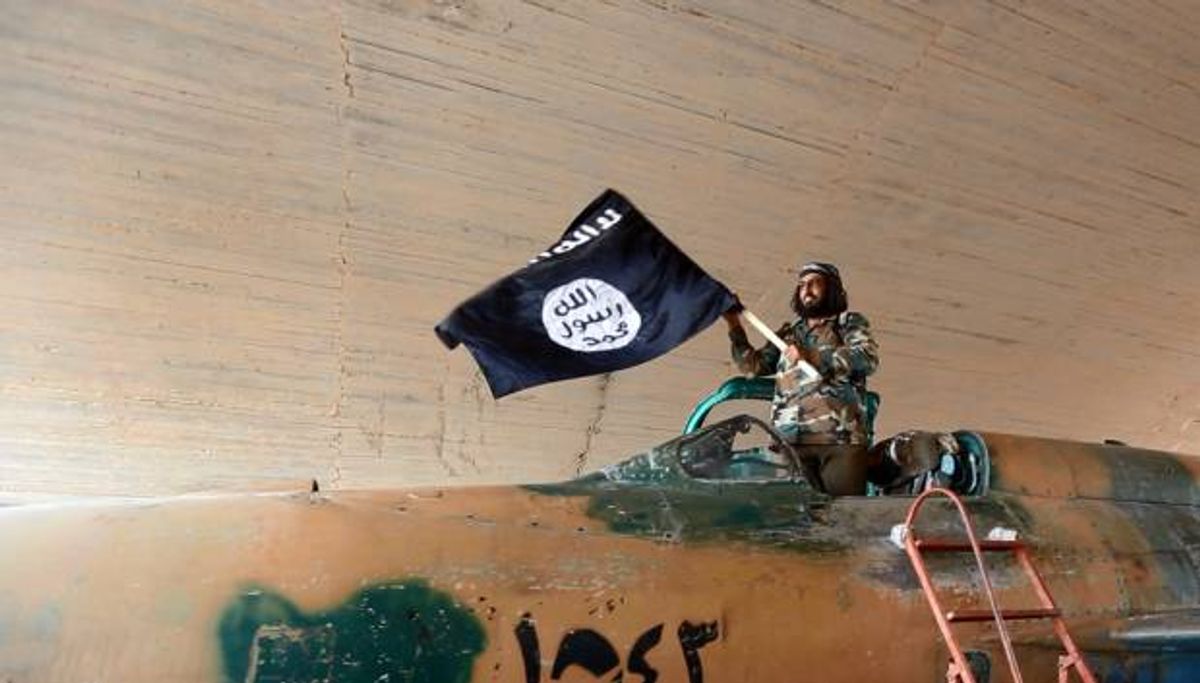 In those rare occasions when National Review contributor and military historian Victor Davis Hanson gains attention from those outside the right-wing bubble, it tends to be because he's written something dopily racist — usually, but not exclusively, about the Obamas.

So let's give kudos to VDH (as he is colloquially known) for this tweet on Monday morning, which reminded us that the Hoover Institution senior fellow, who made a name for himself through his academic research on warfare in antiquity, also has insights on battle, diplomacy and American foreign policy that he wishes to share:

For the uninitiated, the picture on the left side of VDH's mashup is a picture of a group of Orcs — the nasty creatures who act as warriors for the Dark Lord Sauron and other evildoers — as depicted by Peter Jackson in his groundbreaking film trilogy adaptation of J.R.R. Tolkien's "Lord of the Rings" saga. On the right, Hanson has a picture of a New York Post cover showing the murder of photojournalist James Foley at the hands of the Islamic extremist group ISIS.

Alongside the two pictures, VDH has a quote: "Evil is ancient, unchanging, and with us always." This morsel of profundity is from VDH himself, and can be found in a post of his at the far-right PJ Media. The post is a meditation on how the world is being overrun by Orcs, who are like Nazis, who are like ISIS, who are like Putin, who is like Benghazi, and so on — and how the weak would-be Chamberlains in the White House and throughout Europe are doing precious little to save us.

In any event, the tweet is about as good an example you're likely to find that the neoconservative worldview is essentially no different from that of a decades-old fantasy saga, one in which most of the world's problems can be solved by saying the word "evil" a bunch, forming alliances with killer elves, and running around yelling while carrying a big sword.