WSJ continues to make things up about climate science

Amid misinformation, a columnist makes a ridiculously short-sighted argument for delaying action 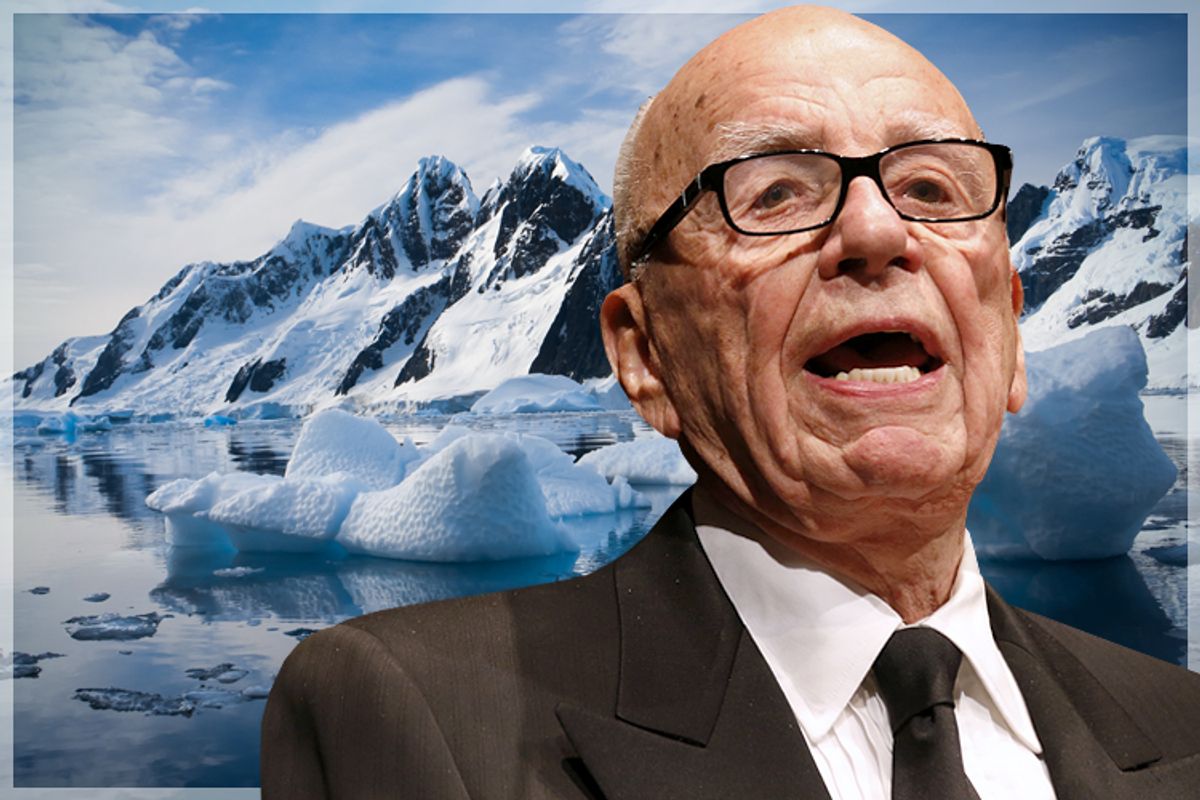 And now for another installment of conservative media making stuff up about climate change. Our player comes from the esteemed pages of the Wall Street Journal. The blatant lie, again, concerns the "pause" in global warming: the perceived slowdown in temperature increases over the past 15 years that skeptics attempt to use as evident that man-made climate change isn't happening (they're wrong). And as happened last time, the lie appears to have arisen from someone misreading a press release and determining, from that alone, that they've found the evidence to contradict the scientific consensus on climate change. Crazy how that keeps not working out for people.

Matt Ridley, a member of the British House of Lords with a track record for making egregious errors in his opinion columns, asks "Whatever happened to global warming?" To help prove his point that this whole global warming thing was seriously overblown and no longer worth our time, he points to a recent paper, published in the journal Science, that, in his words, concludes that "the man-made warming of the past 20 years has been so feeble that a shifting current in one ocean was enough to wipe it out altogether." Yes, this is the same paper that, per Climate Progress, provides "more evidence that [the] global warming 'pause' is a myth" and, in the words of one climate expert, "is another a nail in the coffin of the idea that the hiatus is evidence that our projections of long-term climate change need revising down."

Jeffrey Sachs, who heads up Columbia University's Earth Institute, explains how the actual paper says the exact opposite of everything Ridley tries to attribute to it. In a nutshell, its authors make the case for man-made climate change in the very first sentence, and go on to explain how what we're seeing is variability, in line with what climate models predict and which can be explained, to a greater extent than previously believed, by heat trapped deep in the Atlantic Ocean.

Ridley's misrepresentation of a scientific study to conform to his political views (which is OK, I guess, because it's an opinion column?) would be bad enough; worse still is his failure to read to the end of the press release. That's the part where it explains that, although the slowdown could last a while longer, a natural shift in the Atlantic's currents implies that "rapid warming will return." Ridley skips this bit of bad news entirely, choosing instead to focus on the authors' finding that "the Atlantic Ocean may continue to prevent any warming for the next two decades." In so doing, he continues, "scientists have made the future sound even less alarming than before."

This would be a totally valid reason to celebrate, if "the next two decades" or so reasonably represented what we think of as "the future." I don't know how long Ridley's hoping to stick around, but as someone who plans to live for many decades, I don't think it seem like a very long time at all. (Neither, for that matter, does 30 years, which is the current time frame, per the U.N.'s Intergovernmental Panel on Climate Change, for catastrophic warming should greenhouse gas emissions continue unabated.) And yet Ridley keeps making this point, as if nothing happening for the next two decades turns climate change into a non-issue. "The U.N. no longer claims that there will be dangerous or rapid climate change in the next two decades," he writes, and for that reason, it should advise its delegates to "pack up, go home and concentrate on more pressing global problems like war, terror, disease, poverty, habitat loss and the 1.3 billion people with no electricity."

This betrays Ridley's fundamental inability to explain how climate change works. Because we didn't act sooner to act on scientists' warnings that greenhouse gas emissions were threatening the planet, we are already experiencing the impacts of an altered climate. As the years pass, the stakes are only rising, the consequences of inaction becoming more severe. The next two decades continue to be extremely important: not because they're going to be catastrophic, but because they're going to be key to mitigating and preparing for catastrophe. The IPCC made that abundantly clear in its most recent report. The next 20 years, its authors asserted, are a "window," during which smart planning and effective leadership can actually make a difference. Use that time wisely, and we can be better prepared when accelerated warming returns. Use it to pretend that climate change is over forever and, well, that's two more decades to live comfortably ensconced in a fantasy. But knowing what we do about what's likely going to happen once we're forced to wake up, deniers can't seriously expect any of us to join them there.