The three-term congressman and Senate candidate urges voters to send him to D.C. to liberate the upper chamber 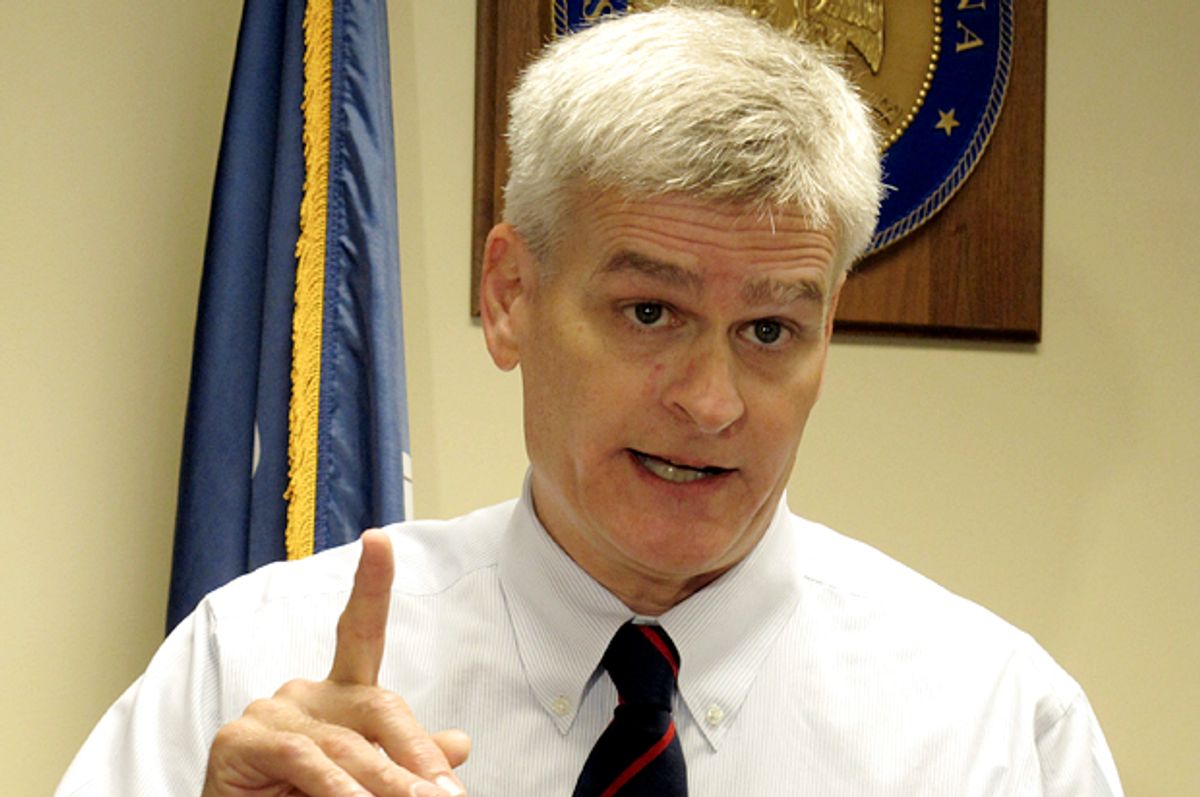 Speaking with a reporter for E&E Daily, GOP congressman and Senate candidate Bill Cassidy urged Louisiana voters to pick him over Democratic incumbent Sen. Mary Landrieu in order to oust Nevada Sen. Harry Reid as majority leader — a job he performs, Cassidy says, by "run[ning] the Senate like a plantation."

After claiming that Reid "runs the Senate like a plantation," Cassidy attempted to tie Reid's behavior to Landrieu's voting record and Democratic Party membership. "So instead of the world's greatest deliberative body," Cassidy continued, "[the Senate] is his personal, sort of, 'It goes if I say it does; if not, it stops.' Senator Landrieu's first vote for him to be re-elected [as majority leader] means that every other wish for a pro-oil and gas jobs bill is dead."

Cassidy is currently in the midst of an "open primary" campaign that features four candidates and will most likely lead to a run-off contest in December. Of the four candidates, Landrieu holds the largest chunk of the vote, with somewhere around 44 percent of voters planning to register their support.

Cassidy holds second, with roughly 27 percent supporting him, but this number is deceptively small due to the open primary's two other candidates, who hold about 12 percent of the vote between them. Both candidates are supported by right-leaning voters, who are more likely to back Cassidy than Landrieu in a run-off. If you assign their support to Cassidy, the race is currently a much more competitive 44 to 39 in Landrieu's favor.

And while Cassidy's reference to the infamous slave plantations of the antebellum South are likely to earn him criticism, the Huffington Post's Sam Stein reminded his followers on Tuesday that the metaphor, however unfortunate, is not without precedent in recent American politics: