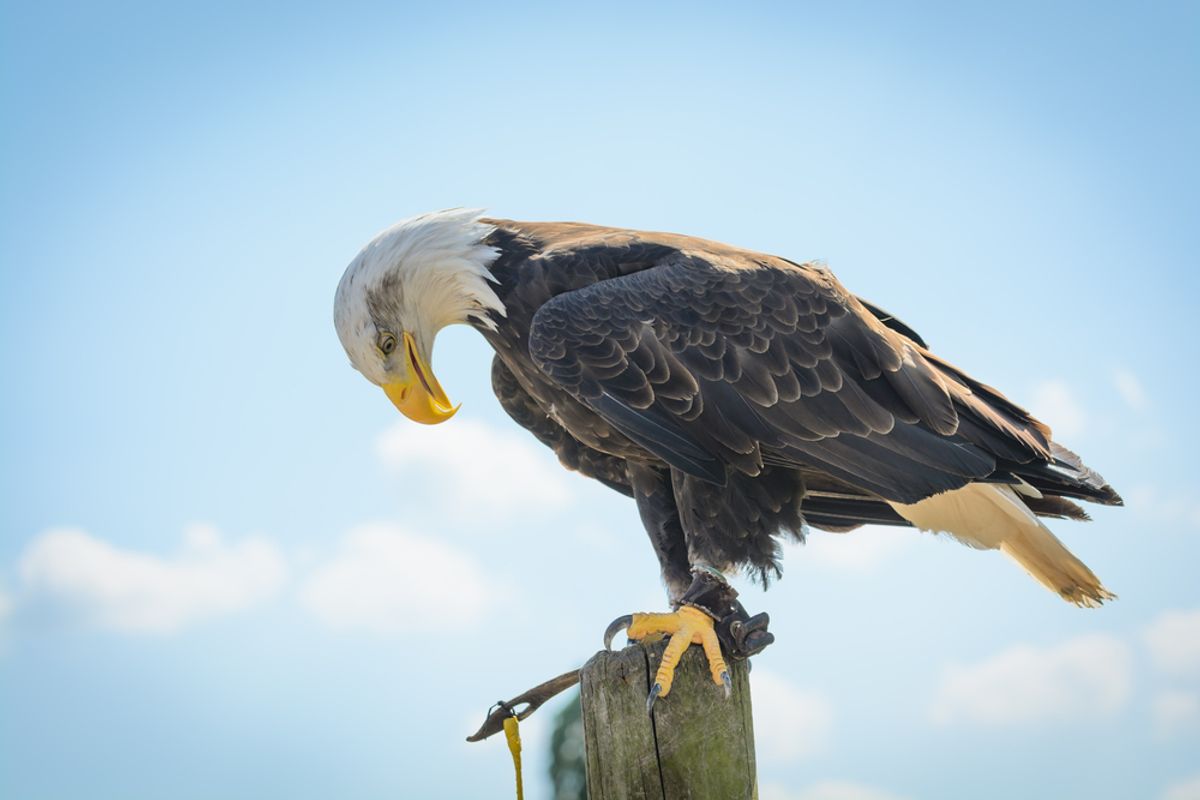 North America's birds are in trouble. Climate change, finds a new report from the National Audubon Society, threatens half of our native species, which could see dramatic population declines should warming continue unabated. Of those, 126 face losing more than half, and sometimes all, of their current ranges by mid-century, after which they'll have nowhere left to go; 188 more could lose their ranges by 2080.

The report, which was seven years in the making, carries bad news for the United States' national bird. The bald eagle, one of our greatest conservation success stories, suddenly stands to lose 75 percent of its range by 2080. It's bad news for fans of the Baltimore Oriole, and for morale in Minnesota, Idaho, Mississippi, New Hampshire, Nevada, Pennsylvania, Utah, Vermont and D.C., all of which stand to lose their state birds. And it's bad news, argue David Yarnold and Gary Langham, the president and chief scientist of the National Audubon Society in an op-ed about the report, for anyone affected by nostalgia: "...What sets these dramatic findings apart from other reports on global warming," they write, "is the personal connection so many Americans feel to the birds we’ve grown up with and the memories their songs evoke, whether it’s the wail of the common loon echoing across a fog-shrouded lake or the melody of a wood thrush on a sultry summer evening."

“The scale of disruption we are projecting means that many familiar sounds, and many familiar birds that people may see in their backyards and on their walks, that help them define a place for them, may no longer be there," added Langham in an interview with the Guardian. And that these birds are uniquely threatened by climate change, he emphasized elsewhere, raises the stakes considerably. "Global warming threatens the basic fabric of life on which birds — and the rest of us — depend, and we have to act quickly and decisively if we are going to avoid catastrophe for them and for us.”

The Audubon Society is nonetheless calling its forecast conservative, noting that it didn't take other effects of climate change, like sea level rise, drought and extreme storms, into account. All, however, are likely to have an additional impact.

Also Tuesday, the federal government updated its annual State of the Birds report, with conclusions its authors term "unsettling." This one uses the birds as a means to understanding ecosystem health: in other words, it looked at the current state of bird populations that are dependent on individual habitats to determine how those ecosystems are doing. The bad news is that they aren't all doing great. Aridlands, particularly, which are found in states like Utah, Arizona and New Mexico, have undergone 44 years of continuous decline, losing 46 percent of its bird population since 1968. And its update on birds that are doing well, like the bald eagle, are belied by what the Audubon report says lies in store for their future. The good news, it found, is that conservation efforts -- in the wetlands, for instance -- have actually proven to be effective. And their benefits extend beyond our winged friends. Coastal wetland restoration is a great example of that: natural habitats, the report notes, work as highly effective buffers against rising waters, as was the case in New Jersey during Superstorm Sandy. A reduction in pesticides, similarly, would benefit birds that eat flying insects along with bees and butterflies, all important pollinators on which our crops rely. Chief among those, it would seem from both reports, should be efforts to mitigate climate change -- both for the birds' sake, and for our own.