Yes, that was a real thing that was happening in Pennsylvania -- and still happens throughout the country 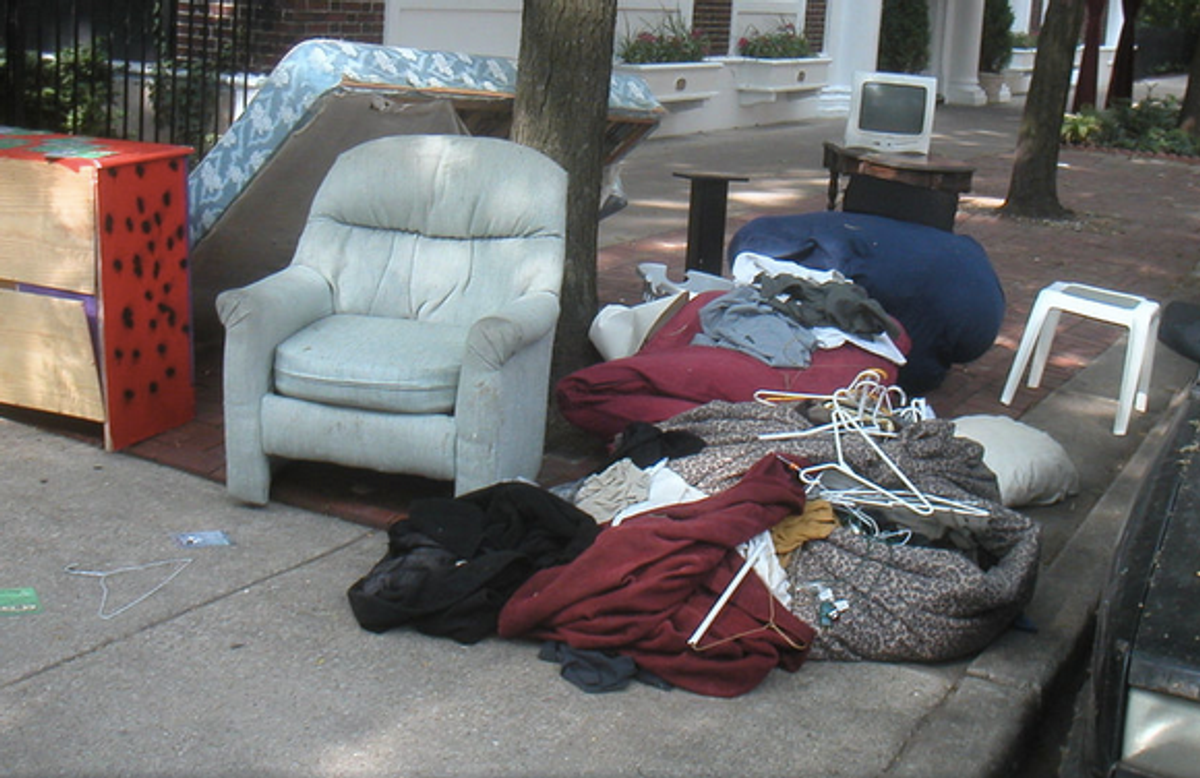 A Pennsylvania ordinance that targeted domestic violence victims for eviction has been repealed.

In addition to striking down the law, the city of Norristown will pay Lakisha Briggs, a domestic violence victim who faced eviction because she called the police to report the abuse, $495,000 to settle a federal lawsuit filed by the American Civil Liberties Union.

Under the "nuisance property ordinance," landlords were encouraged to evict tenants if the police were called to a residence more than three times during a four month period. Women like Briggs who called the police to intervene in domestic violence incidents were, under the ordinance, labeled "disorderly."

More from the ACLU:

Briggs was threatened with eviction under this policy after the police responded to her home and arrested her abusive ex-boyfriend for physically assaulting her. Briggs feared losing her home and did not call the police for future incidents, including one in which her ex-boyfriend attacked her with a brick. When neighbors called the police after her ex-boyfriend stabbed her in the neck with broken glass and she was airlifted to the hospital in June 2012, the city threatened her with forcible removal from her home under the ordinance.

“If I called the police to get him out of my house, I’d get evicted,” Briggs told the New York Times last year. “If I physically tried to remove him, somebody would call 911 and I’d be evicted.” The Times piece also pointed out that, according to a study of citations issued to landlords in Milwaukee, "domestic violence was involved in nearly one-third of the cases and that rentals in largely black areas were disproportionately singled out."

In a statement on the repeal, Briggs said she felt "relieved that no other family will have to choose between their safety and their home."

"The ordinance puts lives at risk by blaming domestic violence victims for the crimes occurring in their homes," said Sandra Park, senior staff attorney with the ACLU Women’s Rights Project. "Norristown’s repeal of the ordinance is an important step in ensuring that all residents have equal access to police services without risking homelessness."

Norristown has repealed its ordinance punishing domestic violence victims for seeking help, but hundreds of cities across the country have similar measures on the books, according to the Times.