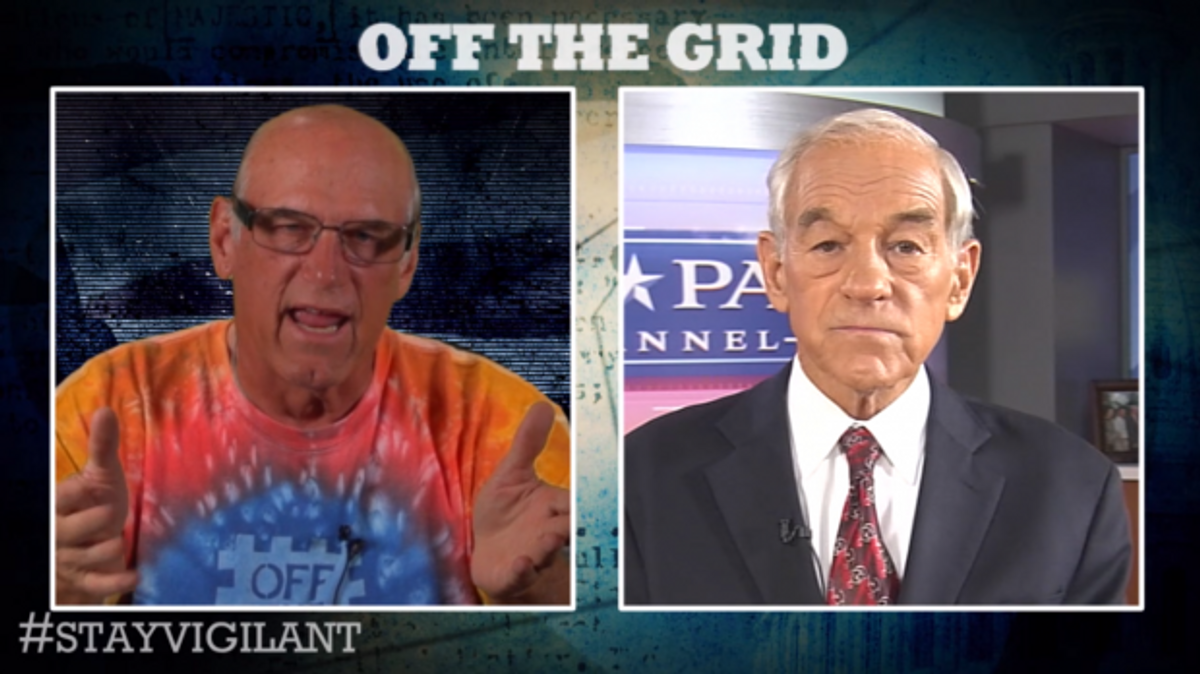 Welcoming an "old friend" back to his show last week, former professional wrestler and Minnesota Gov. Jesse Ventura held a lengthy discussion with ex-congressman and presidential candidate Ron Paul, touching on issues as diverse as America's supposedly looming hyperinflation, President Obama's executive overreach, calling off the war on drugs and shutting down the CIA.

Overall, the interview is a libertarian love fest, with all the good and bad that entails. The two men's discussion of inflation and debt and the evils of Keynesianism is well-worn territory for both and is misguided as ever. But the sections of the interview devoted to the dangers of a foreign policy premised around frequent international interventions — as well as those moments when the two discuss the dangerously unaccountable CIA — are focused, and keep the libertarian crankery to a minimum.

Perhaps the most engaging part of the interview, however, comes when Ventura and Paul turn to the war on drugs, a policy both believe has failed on the merits while ruining millions of lives in the process. One goal of reform, Paul says, is to "not put people in prison for nonviolent crimes — and also we have to think about letting those prisoners out [and] pardoning individuals that have committed these crimes that have been nonviolent."

You can watch Paul's appearance on "Off the Grid" below, via Ora.tv: