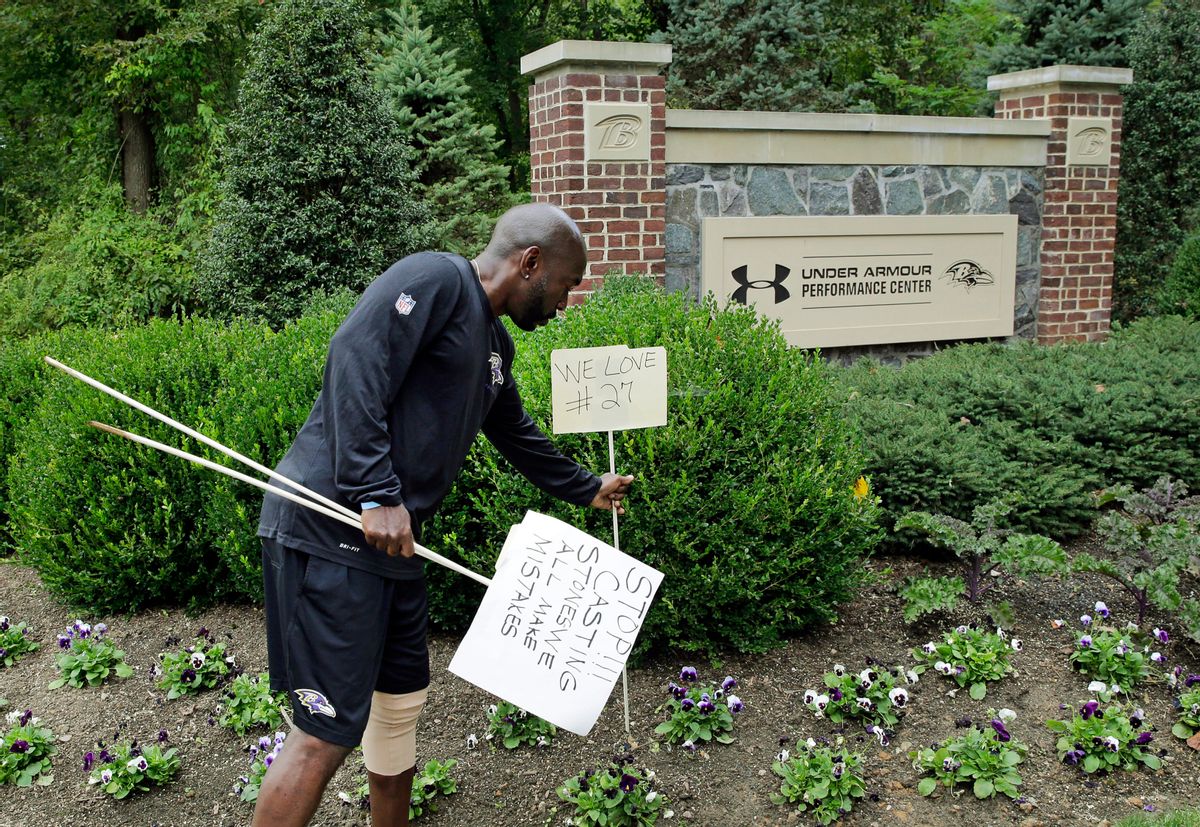 Baltimore Ravens senior director of security Darren Sanders removes signs that were posted in support of former Ravens running back Ray Rice in front of the NFL team's headquarters, Monday, Sept. 8, 2014, in Owings Mills, Md. Rice was let go by the Ravens on Monday and suspended indefinitely by the NFL after a video was released showing the running back striking his then-fiancee in February. (AP Photo/Patrick Semansky) (AP)
--

The president's plan may include more wide-ranging airstrikes against targets in Iraq and possibly in Syria.

2. WHAT MIDEAST COULD OFFER A U.S. COALITION

The Obama administration envisions its Sunni allies in the Arab Gulf plus NATO member Turkey playing a leading role in any united front against the Islamic State group.

Americans are bracing for another upsurge of military engagement against extremists in the Middle East where one war seems to blur into another.

4. FERGUSON CITY COUNCIL MEETS WITH BAD BLOOD AT THE FORE

Elected leaders in the St. Louis suburb were greeted with fear, anger, outrage and threats of voter retribution at their first public meeting since Michael Brown's death.

The children, ages 1 to 8, were slain in South Carolina, then wrapped in plastic and dumped on a dirt road in Alabama, authorities say.

Earl Ringo Jr., convicted in a 1998 robbery and double murder, was the eighth execution in the state this year and the 10th since November.

A wave of violence that has hit parts of the divided city at the core of the Israeli-Palestinian conflict sparked events that led to the war in the coastal territory.

The discussions come as institutions, particularly faith-based ones, want to place limits on those students once they arrive on campus.

The stylish Apple Watch represents the company's most ambitious expansion since the iPad in 2010.

The suspended running back says he has "to be strong for my wife" while NFL Commissioner Roger Goodell says the league tried to obtain the longer video but could not.