9 reasons it's time for a black James Bond

Denzel Washington says he'd love to play the famous spy. He's not the only black actor who'd make a great 007 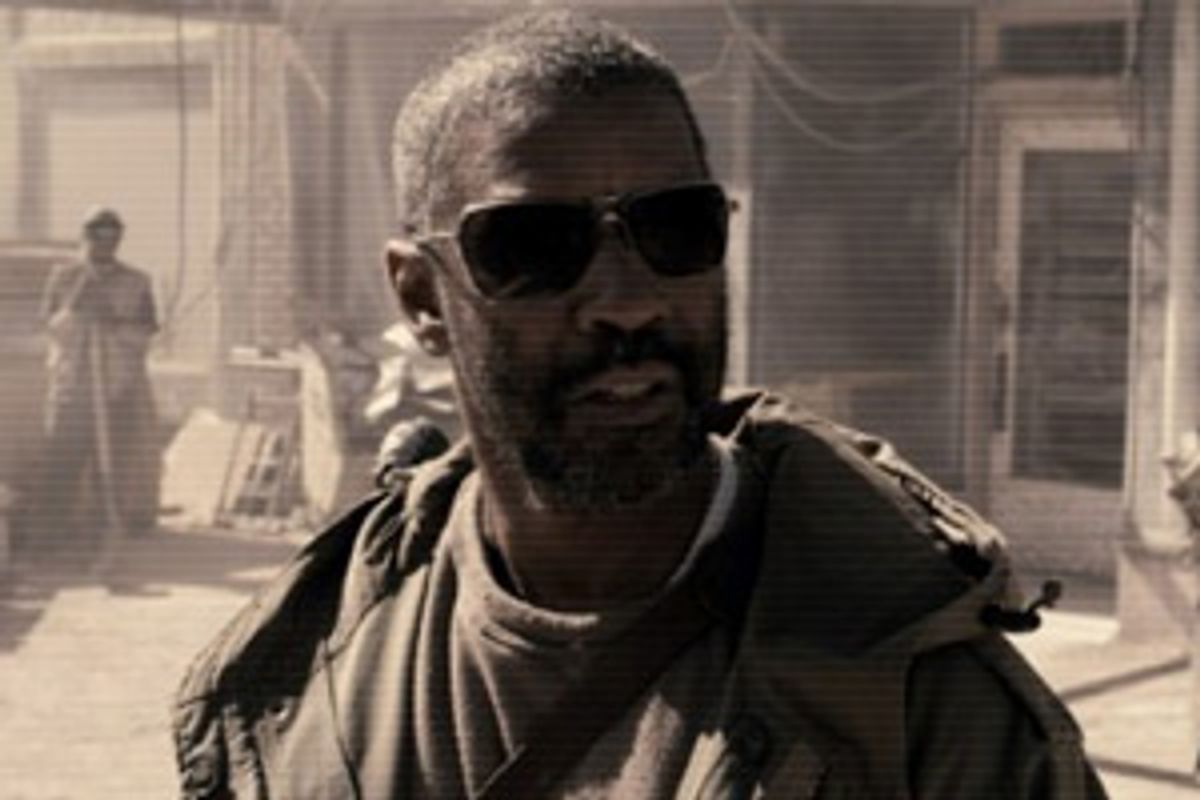 Denzel Washington set the Internet abuzz this weekend, but that buzz wasn’t about the movie he had at this year’s Toronto International Film Festival or about any upcoming projects he’s connected to. Instead, it was about a role he may never play.

After being asked in a Reddit AMA whether he’d ever be interested in portraying beloved English secret agent James Bond, Washington enthusiastically responded, “Yes I would! Who’s doing James Bond now...Daniel Craig! Did they shoot another one? Everybody should tweet Denzel is James Bond! Send it to the studio! We start the Denzel is Bond campaign today!” This statement led to the hashtag #denzelisjamesbond trending on Twitter, and pretty soon, people began envisioning Washington as 007 all over the Internet.

With the success of Skyfall, it’s not likely that Daniel Craig is going to be turning over the reigns of the Bond franchise anytime soon. But no matter when Craig leaves, or if Washington is even legitimately interested in pursuing the character, the idea opens up an interesting conversation.

After Washington’s comments, it’s more apparent than ever: there are many reasons why a back James Bond isn’t just a good idea, but a great one.

In the case of Washington, a black Bond wouldn’t merely be a great artistic choice, it would be a great business one. Washington’s box-office track record is formidable, in a way that few other stars today can match. Whether it’s silly action movies or serious dramas, Washington has been one of the most consistent actors in Hollywood for decades.

BuzzFeed’s Adam B. Vary commented on this last summer:

For the last 13 years, Washington has rarely witnessed one of his wide releases open under $20 million—in fact, you could almost call him the $20 million movie star, if it wasn’t for the enormous $40 million-plus debuts for 2007’s American Gangster and 2012’s Safe House. Compare that with his 2 Guns costar Mark Wahlberg, who has seen higher highs (2012’s Ted) and lower lows (this January’s Broken City) in just the last year…

Indeed, unlike virtually every other major actor working today—trapped within the vagaries of a franchise-driven business that prefers to plug male movie stars into CG-driven action fantasias—Washington has managed to carve out a successful career that harkens back to the way movie stars used to operate in Hollywood… This kind of career was the stock-in-trade for male movie stars like Robert Mitchum, Jimmy Stewart, and Gene Hackman…  the great actors of today—most of them Washington’s peers, many of them fellow Oscar winners—have floundered where Washington has succeeded.

2. There are plenty of other actors who would be a great choice, too.

As talented as Washington is, there’s no way the casting options for the first black Bond begin and end with him. England’s very own Idris Elba has been mentioned as several people’s first choice for the role. And fellow Brit thespian Chiwetel Ejiofor, known to most for his work in 12 Years a Slave, has also had his name thrown around for the part.

Ejiofor may get one step closer to Bond, regardless of whether he plays the character, as he’s currently in talks to join the next installment in the Daniel Craig iteration of the franchise, but that’s no reason to count him out as the big cheese yet. Ejiofor and Elba are both fantastic actors, and they are only two out of a variety of black actors, British and non-British, who would be a perfect fit for Bond.

As a cultural institution, Bond has the potential to elevate black actors to heights they might not get a chance to reach otherwise. That’s not to say that 007 is the pinnacle of all well-written characters, but in the right hands, his impact can be tremendous.

Where Bond could become all the more poignant as a black character is his unfortunate dissimilarity to many of the black characters you see in American cinema today. That’s not to say that that black people are sparse on-screen, but the kind of roles they get to play often continue to be limited.

As Dominick Mayer observed at The Daily Dot, “There are more prominent black films coming out now than were as recently as five years ago, but they’re not particularly original, or telling particularly ambitious stories.” He goes on to list several examples of this. “Last year’s The Best Man Holiday, while a charming and belated sequel to an equally charming original, was the wacky holiday ensemble movie with a dose of melodrama," Mayer continued, "Tyler Perry’s films have filled the respective voids of crowd-pleasing comedy and/or heartrending traditional melodrama, depending on his chosen mode. 42 brought the forgettable, questionably structured biopic to black audiences.”

There’s no discernable reason a black actor shouldn’t play 007, largely because James Bond is bigger than James Bond. Throughout his years in the movies, Bond has become representative of the shifting politics of the times. Certain things change with each new actor, and of course the politics that Bond is representing change too. But the franchise’s ability to capture the zeitgeist has been present since the beginning.

Jeremy Back, a Professor at the University of Exeter, Great Britain, discussed Bond’s significance as a cultural barometer. “The Bond series drew on contemporary fears in order to reduce the implausibility of the villains and their villainy," Back theorized, "while also presenting potent images of national character, exploring the relationship between a declining Britain and an ascendant United States; charting the course of the Cold War; and offering a changing demonology. They were an important aspect of postwar popular culture, not only in Britain but also more internationally, particularly after the Americans created and financed the cinematic Bond [in 1962].”

That Bond persists in no small part because of the changing times he stands for adds heavily to the case for making him black, which is to say that when Bond first arrived in theaters, there’s no way he could’ve been.

Similar conversations have surrounded another pop culture icon from the U.K., sci-fi’s Doctor Who. In fact, Ejiofor and Elba have also been mentioned as possible candidates for this role, too, amidst the sometimes contentious debate about the long-running show’s casting decisions.

5. But he's still a great character.

Make no mistake, though Bond is a symbol, in the hands of a capable actor, he can also be so much more than that. Slate’s Isaac Chotiner contends that while other long-running male heroes are little more than “ciphers,” Bond is different in that the core of the character goes deeper. “James Bond is not a 'realistic' character; real people occasionally smile,” he quips. “But he is a compelling and distinct one. With the right leading man, Bond is just human enough to be believable—and yet sufficiently aloof and suave to appear mostly untroubled by the world’s real worries. He thus provides just the right amount of escapism. The best fantasies are those that appear not entirely unattainable.”

6. The Bond franchise has already adapted to include women of different backgrounds.

Although the Bond films’ views on women (including deserved accusations of sexism) continue to evolve, the staple of the "Bond girl" has come a long way from the days where 007’s companions were exclusively white. Whether these characters have always been treated fairly by Bond and the series itself is debatable, but what is clear is that Bond makes no distinctions in terms of race when it comes to selecting a paramour.

Looking at this list of lovers begs the question, if James Bond can sleep with a black person, why can’t he be a black person himself?

7. As well as a racially diverse array of villains.

Bond villains are another subset of the franchise that have been more diverse than the men who have lead character. Although not quite as varied as the list of Bond girls, Bond has gone up against several fierce, non-white opponents, from Yaphet Kotto’s Dr. Kananga (aka “Mr. Big”) to Javier Bardem’s Raoul Silva. Which leads us to a familiar question: If the franchise is comfortable letting Bond kill a black person, what reason is there to worry about whether he can be played by black person?

In Black’s essay on Bond’s cultural importance, he mentions, “It has been claimed that half the world's population has seen a Bond film.” Though this might sound a bit steep, the Bond franchise’s popularity can’t be underrated. Skyfall alone grossed over a billion dollars worldwide, bringing the franchise’s cumulitive earnings to14 billion, which essentially makes it the biggest international franchise of all time. And in a market where international is success is increasingly what makes or breaks any movie, that’s a key attribute. So while the “half the world’s population figure” is likely unquantifiable, it’s less impossible that number is at least close to accurate when you consider how ridiculously successful the total number of Bond movies have been.

9. And a black Bond would be a giant leap forward for representation.

Where Bond’s power truly lies in his ability to reach millions of people. Although the discussion about representation in Hollywood still has a long way to go, it has accelerated in the last few years, which is good for everyone. Like Chotiner said, “The best fantasies are those that appear not entirely unattainable.” That a young black man could look at Bond and say, “I want that to be me one day” is a beautiful thing. But for that to happen, it would be helpful if Bond was represented by at least one black man on-screen first.

This is not an “entirely unattainable” thing. It is a very attainable thing. Hollywood simply has to commit to it. And once they do, you can guarantee that only the most narrow-minded will be shaken, not stirred.