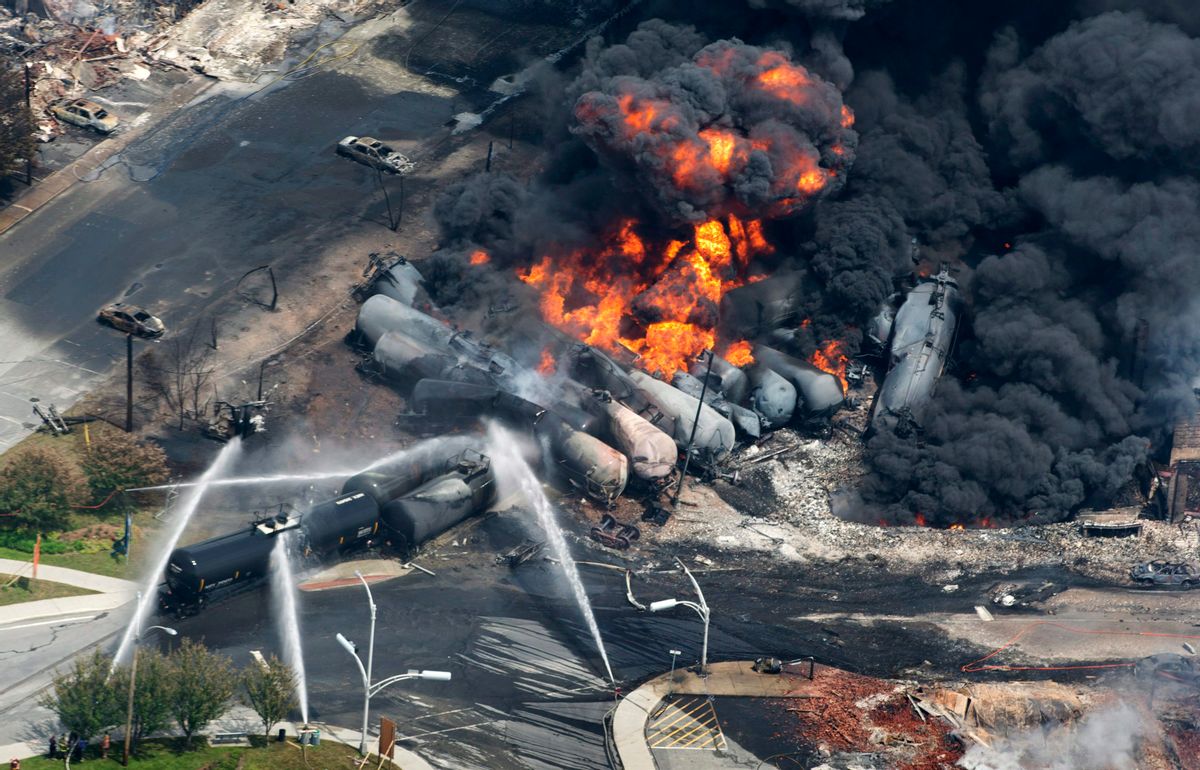 Rohrabacher lashed out at senior Transportation Department regulator Timothy Butters during a House Science Committee hearing on the Bakken crude, National Journal reports, suggesting that the agency's efforts to implement safety standards might be "a facade to obtain what we clearly have as a goal of this administration, which is to reduce America's use of fossil fuel, even though it is now being presented to us as something about safety."

"Something about safety," to be clear, is referring to the up to 2 million gallons of particularly explosive oil from North Dakota that, according to Butters' testimony, is traveling at any given time. North Dakota's crude oil production has increased fivefold in just the past five years, according to National Journal, to more than 1 million barrels per day. The proposed rules, part of a series of regulations that address a string of derailments, explosions and spills stemming from the increased production and transport of that oil, would make it illegal for freight trains carrying crude oil to be left unattended “unless specific securement requirements are followed.” The 74-car freight train that derailed in Quebec, killing 47 people, had been left unattended.

“This material poses a risk. We are not trying to restrict the movement. We want to make sure that it moves safely. That is our role,” Butters insisted during the hearing. “Energy and hazardous materials are critical to this nation’s economy. We strongly support that and we believe that. But our role is to ensure that this energy is moving safely through transportation. These crude-oil lines that carry these large volumes of flammable crude oil, which this material is, we need to ensure that it moves and it gets to its destination without incident.”

Also to be clear, climate change is not a government conspiracy; our burning of oil and other fossil fuels has sent atmospheric CO2 levels to record highs,  and another solution to rail safety -- one that was not being discussed at the hearing -- would be to leave that oil in the ground.