"When you redefine marriage, that means anything goes," commentator Todd Starnes said 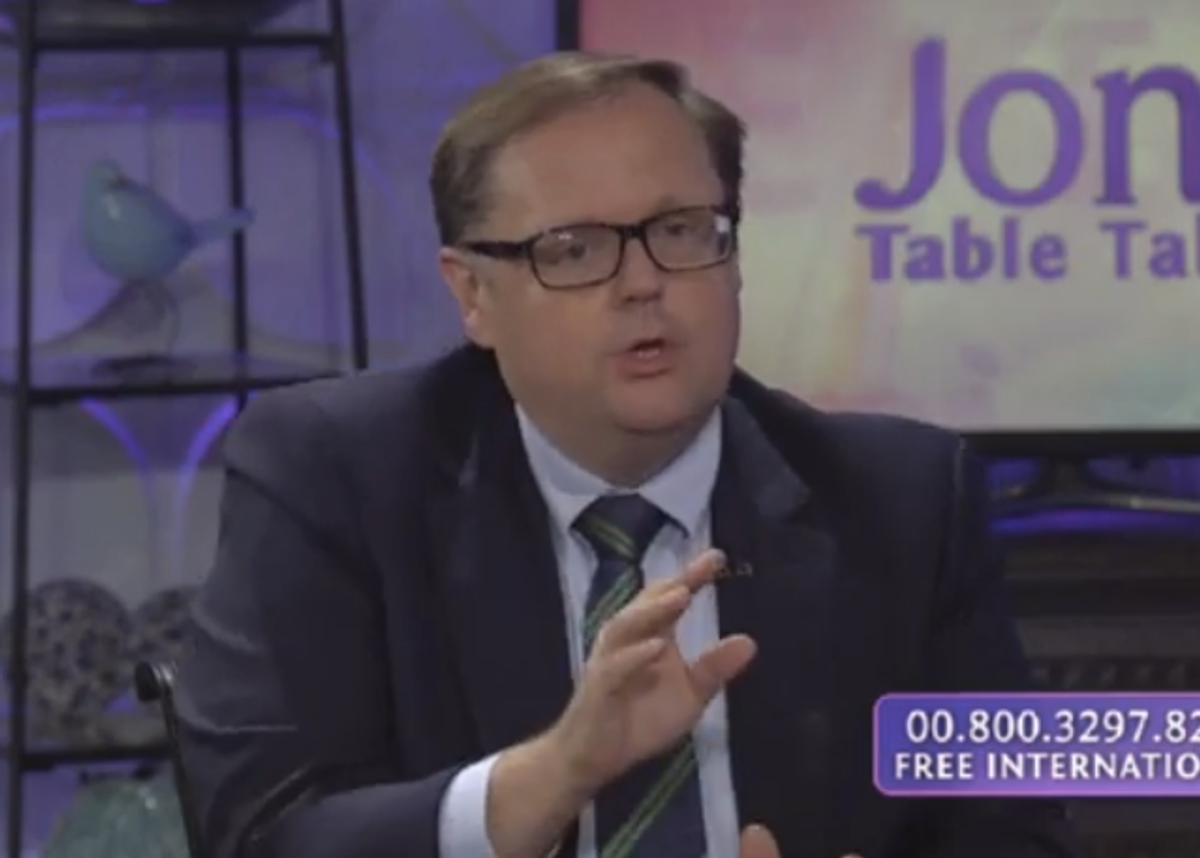 During a panel discussion on the Daystar program "Joni" last month, Fox News commentator Todd Starnes expressed concern that legalizing same-sex marriage would also open the door for recognizing other unions -- specifically, human-dog marriages. Responding to a question from fellow panelist Rachel Lamb, who asked the pundit if marriage equality would make it illegal to discriminate against those who want to, say, marry their dogs, Starnes argued that same-sex marriage would mean "anything goes." This, in turn, means people would start getting engaged to animals.

“And when you think about it,” Starnes said, “when you do redefine marriage, that means anything goes. You’re no longer allowed to say, well, you can’t marry. Well, who are we to say who can’t marry if we’ve already redefined it? So, now, it really is anything goes.”

Watch a clip of Starnes' remarks, via Right Wing Watch, below: