Kirsten Gillibrand's interview with Jon Stewart is inspiring and refreshing 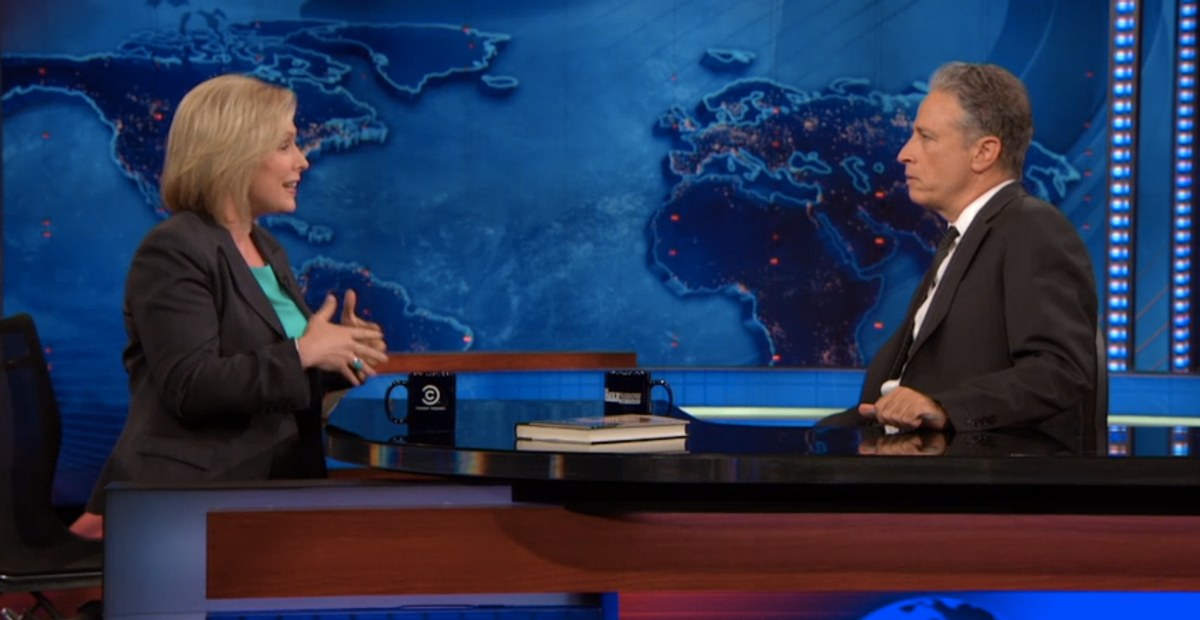 Hillary Clinton inspired Kirsten Gillibrand to stand up for women's rights, and now Sen. Gillibrand is attempting to do the same with her book "Off the Sidelines: Raise Your Voice, Change the World." For the second time in a month, Gillibrand stopped by "The Daily Show" to talk about her book and about feminism with Jon Stewart. It was refreshing and inspiring to hear this dialogue after a summer that's exposed our nation's sexist attitudes toward women, sexual assault in the military, college campuses, the gender-pay gap and domestic violence.

"Why do you think women still need that encouragement?" Stewart asked, though it was more or a rhetorical comment about how ludicrous sexism is. "Men have already controlled everything for so long that they never need that extra push. And you would think that at this point, with all that women have accomplished, that that would be clear. And yet it still can never be said enough: You can be heard."

"Here's what blows my mind," Stewart said, talking about sexual assault on college campuses -- a subject his show covered well. "Women have to be careful and not drink at these parties so that they don't make themselves vulnerable to these types of sexual assaults. But nobody says, 'Hey, maybe men should not drink.' It's mind-boggling!"

"Why are we not able to hold men to account for this behavior?" he asked Gillibrand.

"I think it's the decision makers," she responded. The NFL leaders, the college administrators, and the military commanders "want to stay in charge," she said. But "they don't listen to the survivors."