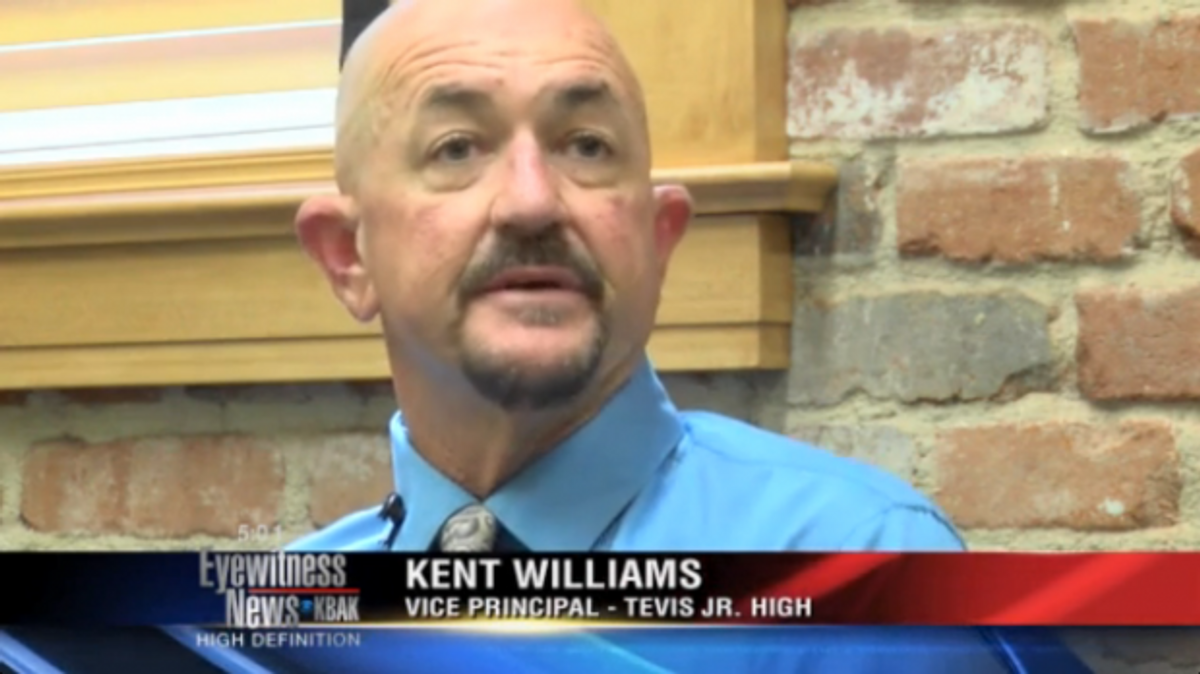 Kent Williams is the vice principal of Tevis Junior High School in Bakersfield, California, and ever since he got his concealed-carry permit in 2010, he's been bringing a handgun with him to work. Until recently, this wasn't an issue (chiefly because other school administrators didn't know he was doing it).

Things finally came to a head, however, during the final days of August, when Williams was arrested for bringing a firearm into a gun-free zone — something that is not allowed in California without the prior approval of the district superintendent.

Yet despite the fact that authorities ultimately decided to let him go, having concluded that his permit did not have any restrictions, Williams is now suing the city and its police force for what his attorney is calling "an illegal arrest," KBAK-TV reports.

“They say, ‘Hey, we get a free pass, because we made a mistake. We were ignorant of the law,’” said Williams' attorney, Daniel Rodriguez, in reference to the city government officials who made the arrest. "Ignorance of the law is not a defense [for civilians]," Rodriguez added. "The same goes for the police."

Following his arrest, the Panama-Buena Vista Union School District placed Williams on paid leave and said it was undertaking an investigation to determine whether he had broken district rules by bringing with him an unsanctioned weapon. Rodriguez has intimated that Williams may sue the district, too, if he is not ultimately reinstated.

You can watch a report on Williams' lawsuit below, via KBAK-TV: