The "gates of hell"? An "imminent threat"? Obama needs to calm cries for war, not surrender to them 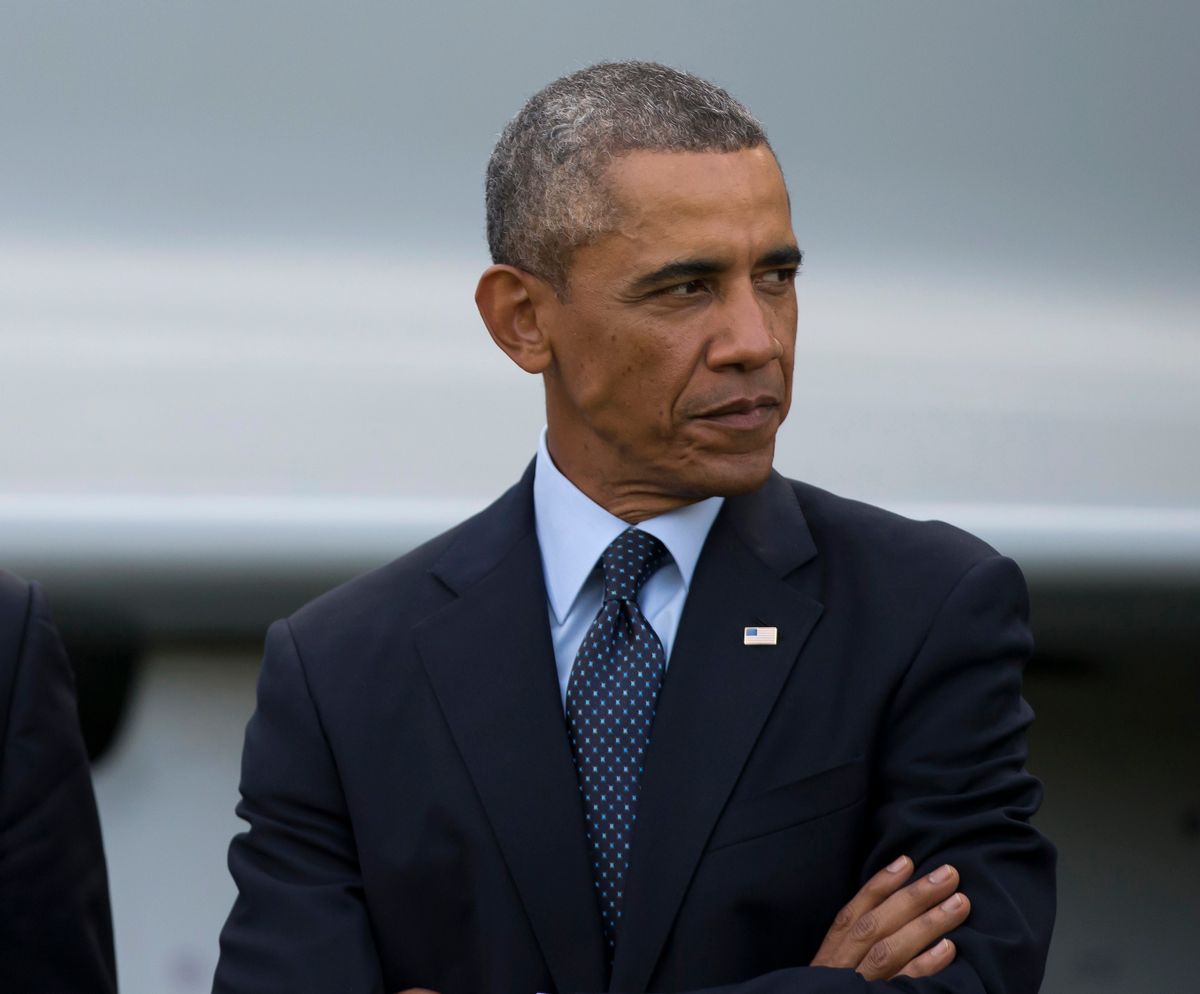 At around 9 tonight, President Barack Obama will deliver a rare national prime-time address, something most presidents only ask (and most television networks only grant) in extraordinary circumstances. We’re in Year 6 of a presidency that’s often been defined by BFD speeches leading to few if any tangible results, so you’d be forgiven for wondering whether tonight’s address is really such a big deal. But when it comes to this particular speech, which we’re told will feature an explanation of Obama’s plan to contain and destroy the Islamic extremist group ISIS, let me assure you: A BFD is exactly what this is.

There are a few reasons why Obama’s address tonight is so important, both for his legacy and our future. The most obvious and crucial one is because the United States, whether its citizens have fully realized it yet or not, is once again waging war in Iraq. And once U.S. armed forces start waging war, they don’t stop until their goals are met or, failing that, changed to something else, something that is more easily accomplished. If you doubt me on this, I’d recommend you talk to Moammar Gadhafi, whose reign in Libya ended after a U.S.-led campaign to protect civilians quickly transformed into one of full-scale regime change. I’d tell you to ask Gadhafi, that is, if not for the fact that he’s currently dead.

Thus far, as ISIS has grown from a freak show to a nuisance to a problem to a threat, Obama has made contradictory statements as to what he’s hoping to do by bombing the extremist group’s weapons and personnel in Iraq. Is the goal ISIS’s complete destruction, or its mere containment? Are we now locked into another war of annihilation and attrition against a stateless outgrowth of radical Islam? Or are we merely devoted to keeping the house of cards that is the nation of Iraq at least superficially intact? Tonight, Barack Obama is expected to finally answer these questions, and finally tell us what it is he’s already got us fighting for.

If this state of affairs strikes you as disturbingly out-of-sync with how American government is supposed to work — what with the Congress, not the president, declaring war; and the people, not the government, determining its purpose — I’ve got news, both good and bad. The good news is that you’re right: According to the “Schoolhouse Rock” version of the U.S. system, we’re not supposed to go to war just because the president hand-waves about the AUMF and finds members of Congress who are willing to, unofficially, “buy in.” In this instance, however, the bad news is probably more relevant: Despite its obviously shaky legality and the lack of clear and concrete goals, our war on ISIS is relatively popular; the media has, on the whole, promoted bloodshed (or as they call it, “action”) and public levels of support for airstrikes currently hover around 70 percent.

In many ways, the climate in which Obama will deliver his address tonight is similar to that which preceded our last impulsive venture into Iraq, a development that is both unremarkable and deeply disturbing. It’s unremarkable because it is the product of forces in American politics and society that, sooner or later, we must acknowledge transcend pat explanations like post-9/11 trauma or Bush administration malfeasance. I’m thinking in particular of our flirtations with militarism, our weakness for fairy tales and our compromised and profit-driven media’s love of easily packaged, clickable conflict — three realities that endure no matter which party controls the White House.

Yet this return-to-form is also disturbing, because the ease with which American voters and leaders are willing to forget our last failed intervention and let slip the dogs of war can’t be described as anything but. When it comes to the public, I suspect this is at least somewhat a consequence of voters — who are adamantly opposed to deploying troops yet support all the actions that usually precede it — not having concepts like “mission creep” foremost in their mind. But when it comes to American officials, mitigating excuses are harder to find. Former GOP senator and current Secretary of Defense Chuck Hagel, for example, was sold to many Democrats on the strength of his prudence and caution. Neither attribute could be found when the Vietnam veteran referred to ISIS as an “apocalyptic” and “imminent threat” that is “beyond anything that we’ve seen.” Similarly, Vice President Joe Biden must have known what he was doing by promising to follow ISIS “to the gates of hell,” a phrase most recently popularized in reference to Osama bin Laden.

Of course, the rhetoric of both of these men is ultimately the responsibility of President Obama, whose job it is to establish his administration’s tone and manage, as best he can, its messages to the public. And that’s another reason why tonight’s speech is so important. The president has an opportunity tonight to describe ISIS as what it is — a small group of well-organized but overstretched jihadists who pose a notable threat to the region, but not the American people — and to establish achievable goals to confront it accordingly, like driving it away from vulnerable populations and allowing it to collapse under the weight of its own murderous contradictions. He can be the (relative) voice of calm and reason that a once war-weary and chastened people elected in 2008 and again in 2012. Or he can be just another Democratic politician who’s all too happy to tiptoe along war’s slippery slope rather than give Republicans the chance to call him weak.