Ray Rice's attorney: NFL player was "hypothetically" the one who was hit

In May, the lawyer launched a bizarre smear campaign against Janay Rice, laden with unbelievable hypotheticals 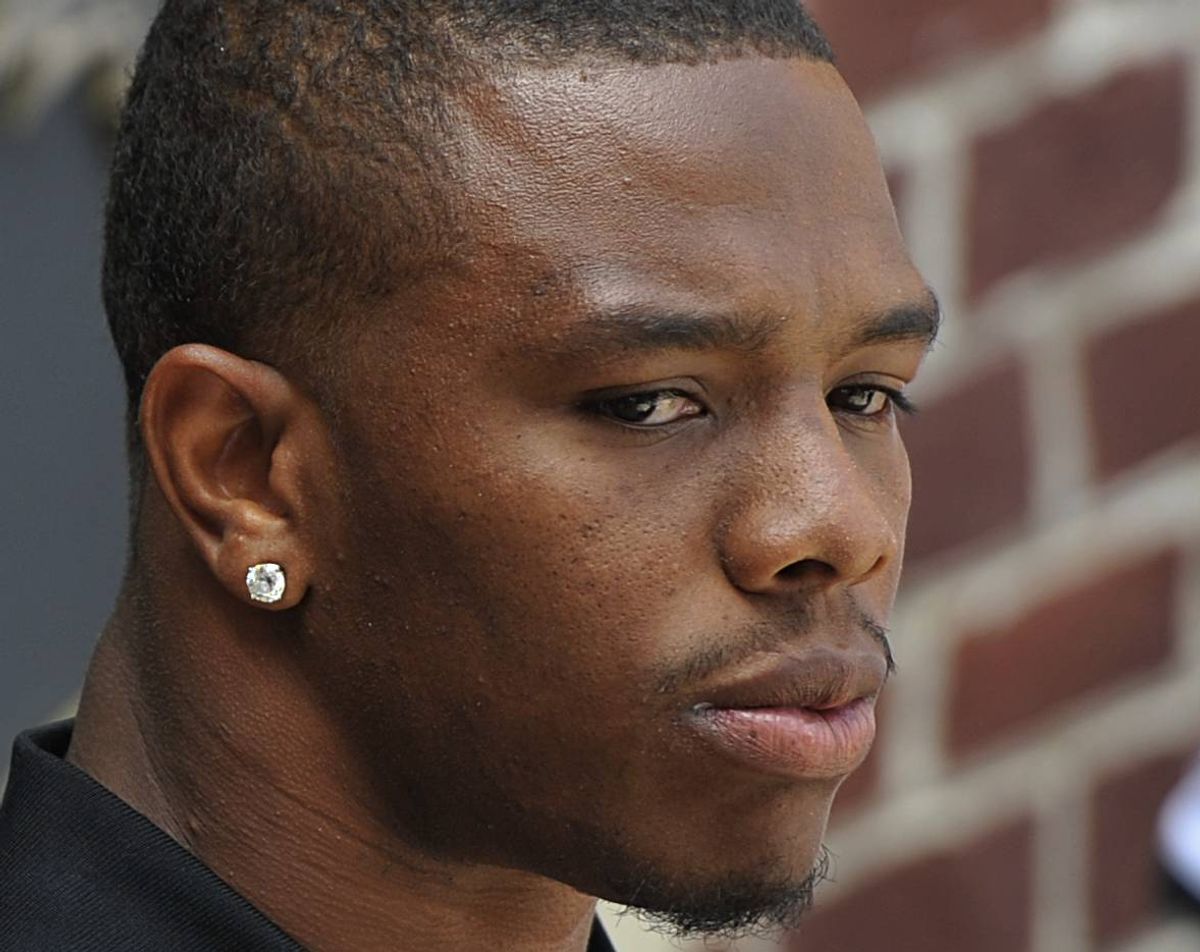 By now, you've probably seen the Ray Rice video. It's all over the Internet, and television networks have been airing it with abandon (although they shouldn't be). That means you've probably seen the following: a silent, but apparently agitated exchange between the couple, followed by Rice punching his partner, Janay Palmer, solidly in the face and rendering her unconscious. Rice then drags Palmer's limp body from the elevator in which the abuse took place -- something we, the public, knew already, because we saw that part of the tape several months ago when it was first released.

But we didn't see the punch itself until Monday, when TMZ released the footage and the NFL was finally forced to take appropriate action and suspend Rice from the league indefinitely. NFL commissioner Roger Goodell was able to get away with suspending Rice from just two games (albeit barely) by claiming he hadn't seen the full video, and had limited knowledge of what happened in the elevator. Assuming Goodell isn't lying, that means he had to take the word of the few people who had seen the video -- including Ray Rice's attorney, Michael Diamondstein.

As Deadspin reports, Diamondstein was initially tight-lipped about the incident, issuing only a few leading comments in May when the media asked if the video clearly showed Rice punching Palmer. "It's more complex than that," Diamondstein said. "I can't break it down to you in words that quickly."

Later in the month, however, Diamondstein spoke again on the subject, this time with a bit more openness -- and in what appears to be a coy attempt to present the contents of the footage in a light much more favorable to his client. The defense attorney appeared on South Jersey's ESPN 97.3 FM program on May 24, and offered a ludicrous hypothetical in which he suggested that Ray Rice, not Janay Palmer, had been the true victim of physical abuse:

According to Deadspin's Tom Ley, Diamondstein's winking and nudging narrative became "more or less became the accepted one" until TMZ released the tape on Monday, and we all saw for ourselves what happened in that elevator. But why should we have needed to see the clip? Why should we have needed the word of anyone who did see it, or Diamondstein's commentary on the additional footage when we had access to the shots of Rice dragging Palmer from the elevator by her hair? How could a prepared statement laden with unrealistic hypotheticals -- offered up by a defense attorney, who would predictably go out of his way to avoid incriminating his client -- lead us to believe that Ray Rice had somehow felt the only way to protect himself from his partner was to knock her unconscious?

We now know that Rice knocked Palmer out with just one punch. The fact that he could so was already unsurprising. And so in addition to making Diamondstein's hypothetical seem patently outrageous, the facts now reveal the lawyer's story for what it was: a blatant attempt to mislead the public, and to make Janay Palmer, the victim, seem at fault. Nobody should have needed video proof to see the smear campaign for what it was.