Stephen Colbert could not be more excited about the Apple Watch

"It's finally cool to wear a calculator watch!" 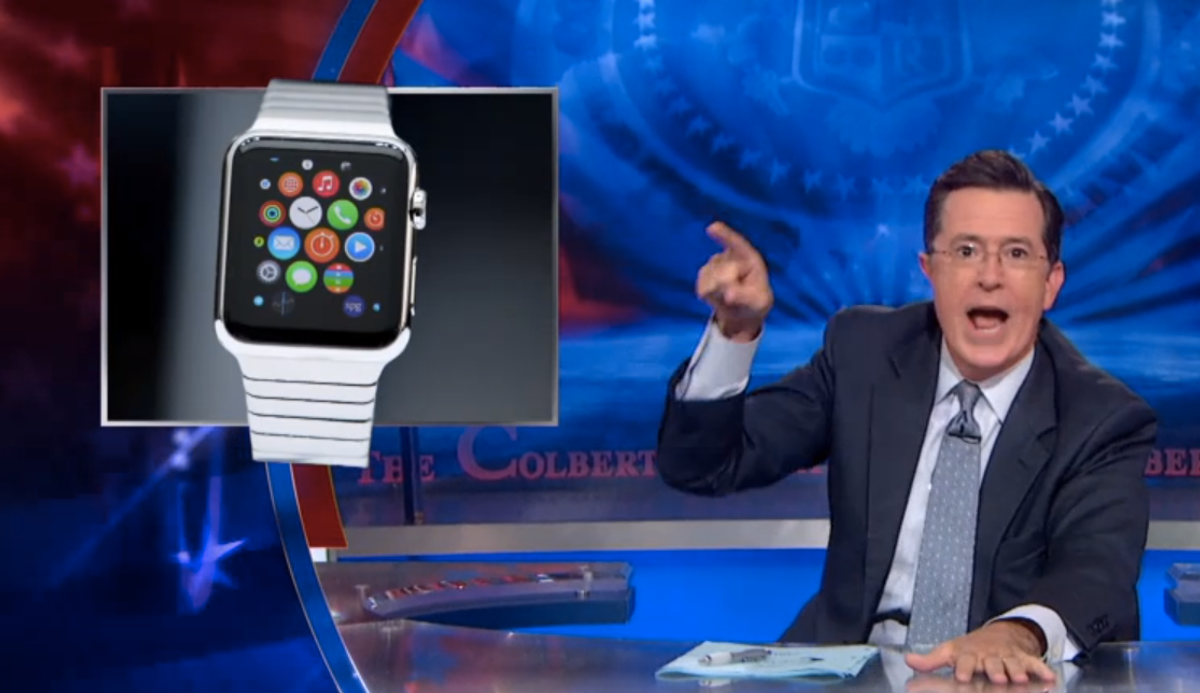 On Monday, following the the announcement of Apple's new iPhones, Apple Pay and Apple Watch, Colbert tackled the news with equal parts enthusiasm and derision.

He stood! He cheered! He took off his own watch and threw it!

"It's finally cool to have a calculator watch!" Colbert exclaimed. "Who's the nerd now, Ben McGooken? I mean, this thing right here is going to change the way you look at your wrist!"

But Colbert can't wait until the 2015 release of Apple Watch, so he took matters into his own hands -- or should I say, onto his own wrist. Watch below: