The real story of how women evaluate men's junk

From "Bachelor in Paradise" to Jared Leto's crotch-grab, reminders this week that women objectify men's bodies too 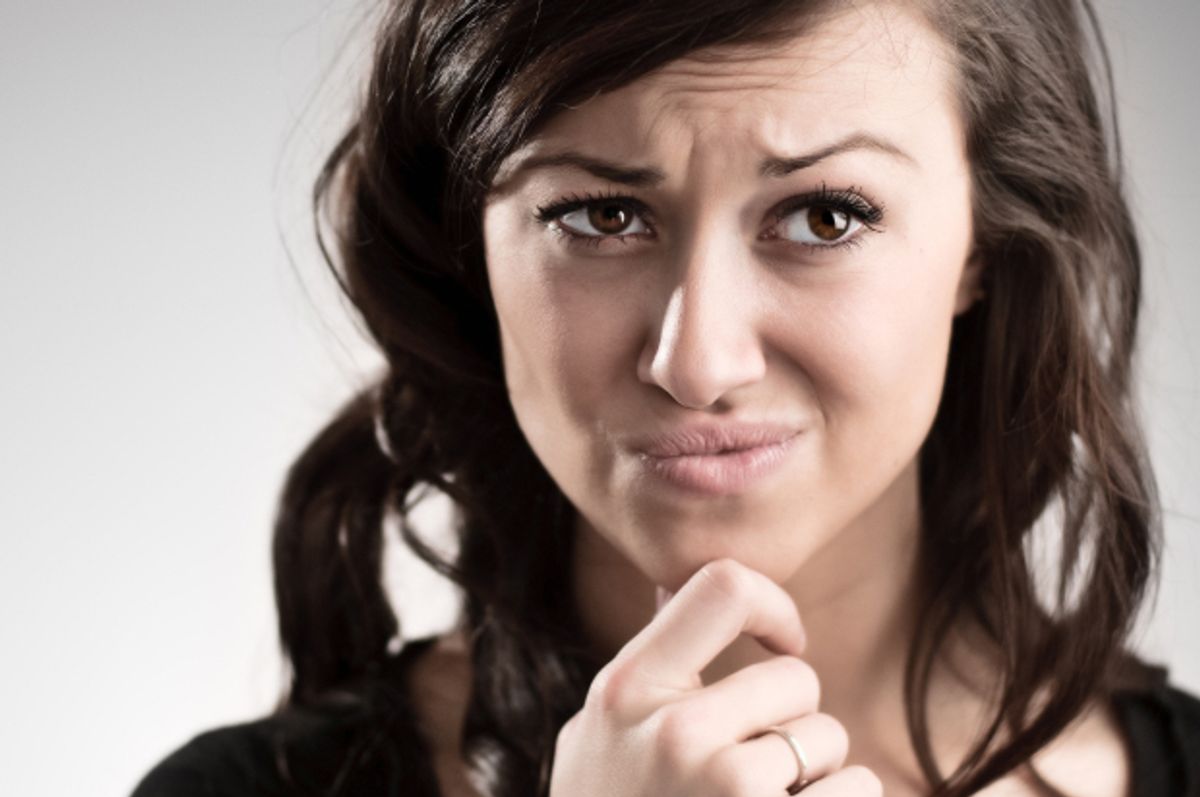 “He has an uh-mazing dick.” Those were the words of Michelle Money -- yes, that is her real name -- on this week’s season finale of “Bachelor in Paradise.” She was referring to the appendage of Cody, her now-boyfriend, with whom she had just had an overnight date. Even before she saw the aforementioned member, she told the camera in a pre-date interview that she was excited to see what she would find that evening. "Like, sometimes I get the impression that guys with that big a body have a small dick,” she said, her mouth blurred on the final word, on top of an obscuring bleep. “But I could be totally wrong. Maybe his dick is very muscular, like the rest of his body. Like the hulk.”

I must admit, when she said this, I pumped my fists in the air. That’s not because I enjoy seeing men, or women, reduced to their genitals -- quite the contrary! I don’t like it when sexual aptitude is conflated with penis size, either. I’m very pro-“motion of the ocean” thinking, for the record, and to any straight man concerned that his penis is not large enough, allow me to direct you to a diagram of the vagina and, importantly, the G-spot. But it was refreshing to see sex talked about so blatantly on a TV franchise that historically has only allowed allusions and metaphors -- and a whole lot of slut-shaming. But beyond all that, here was a woman talking about a penis in public like I’ve only heard women talk in private.

That wasn’t the only time that happened in the show’s finale. Following an overnight date during which her beau Robert wore his jeans to bed, contestant Sarah told the camera, “I don’t even know if he has a penis.” In that two-hour-long season finale, we saw the polar extremes of how women talk about a man's dick -- in praise of his virility and masculinity, and as a form of total and complete emasculation. It also happens that this week Jared Leto inspired a bunch of penis-fawning by grabbing his junk during a performance, which Lauren Yapalater broke down on BuzzFeed via several stills and commentary such as, "WHOSITSWHATITSBALLOOGAAAHELGSKHGLSNDGMSD?????!!!" Just to fully convey her enthusiasm, know that I had to cut off the latter part of the exclamation points, along with special characters, to fit the q...

We're used to hearing the kind of despicable "guy talk" that evaluates women according to their bra size or even ... interior dimensions -- but not so much women. So all these ladies talking about peen made me proud, it made me ashamed -- and then I decided to talk to some of my lady friends about how we talk about penises.

My friend "Susan" says she started her sex life fooling around with guys who all had what she described as "very standard-issue schlongs." Then in college, she started sleeping with men of all different sizes and shapes. "It was neat, actually -- a lesson in the depth of human variety," she said. "I started to realize that the way people talked about penises -- bigger is better, basically -- was a symptom of shallow and unimaginative sex." She did sleep with one man with an especially large penis and says, "He practically broke my cervix. Oh god, it hurt. There is nothing good about a cervix-banger."

Small penises are not an issue for her, she says. "I think that becomes more of a problem in a very standard, missionary-style sexual relationship. I know I'm old-fashioned, but I do think that good sex is less about genitalia and more about the way you feel when you're together -- your ability to let go, to surrender, to connect. The soul stuff."

As for the recent reality-TV dick talk, Susan says, "I find it funny how women have adopted the objectifying language that is so crude in men. The idea that a woman is 'a good piece of ass' or 'a nice rack' is pretty diminishing, but somehow, when I turn on reality TV, it seems to be crammed with women who want to ogle a guy's six pack and talk about his junk." And now I feel ashamed for cheering them on.

Another friend, the phenomenal sex writer Anna Pulley, is bisexual and in a committed relationship with a woman. “My straight friends always tell me about the penises of the guys they date,” she said, noting that I am the exception (leave it to someone who writes publicly about her sex life to be demure in real life). “‘He had a nice dick,’ has been used more than once as the sole reason to keep sleeping with someone, regardless of personality. Other friends have held up pinkies to illustrate their displeasure with a dude's size.” Ah, the ol’ pinkie move!

What about men who are not well endowed but have the right moves, though? "I've literally never heard 'he was small but knew how to use it,'" she said. "I think women are a lot more size-ist than they want to be." Real talk from this one! Although now is a good time to mention that another friend of mine did enthuse to me about her boyfriend, "It's small but he knows how to work it!" Pulley added: "I personally enjoy smaller wangs because I am hella tight." All around, good news for all sizes.

My friend "Georgia" tells me, "When I'm describing a man's penis to my friends, I often find girth more impressive than length. Curve is often the thing that makes the penis unique. Does it curve up? To the right a little? All of these thing contribute to the experience and are important notes to be shared." Usually she employs the measuring stick of "thick, thin or average." A couple of women weighed in on my inquiry via Twitter: One said she once described a penis as "serviceable," while another told friends of a particularly "huge" member, "I almost died when I first saw it."

On the harsher side of things, my friend "Mary" tells me that she had a friend who broke up with her boyfriend and then began referring to him as "needle dick." "We laugh every time," she says. "She was, like, at one time describing it to me and she said she remembered thinking, 'Is it in?'" On Facebook, responding to my call for women's firsthand accounts of how they have talked about penises, a woman wrote, "Stubby. Sorry, Rob, but I was waiting for you to penetrate me and, um, you already had. Then you said your oral capabilities made up for it. They didn't."

I suppose it's fair to conclude that the reality of how women talk about penises is both men's best fantasy and worst nightmare.