The omission of people of color and women shows that, even when journos are trying, we're not paying attention 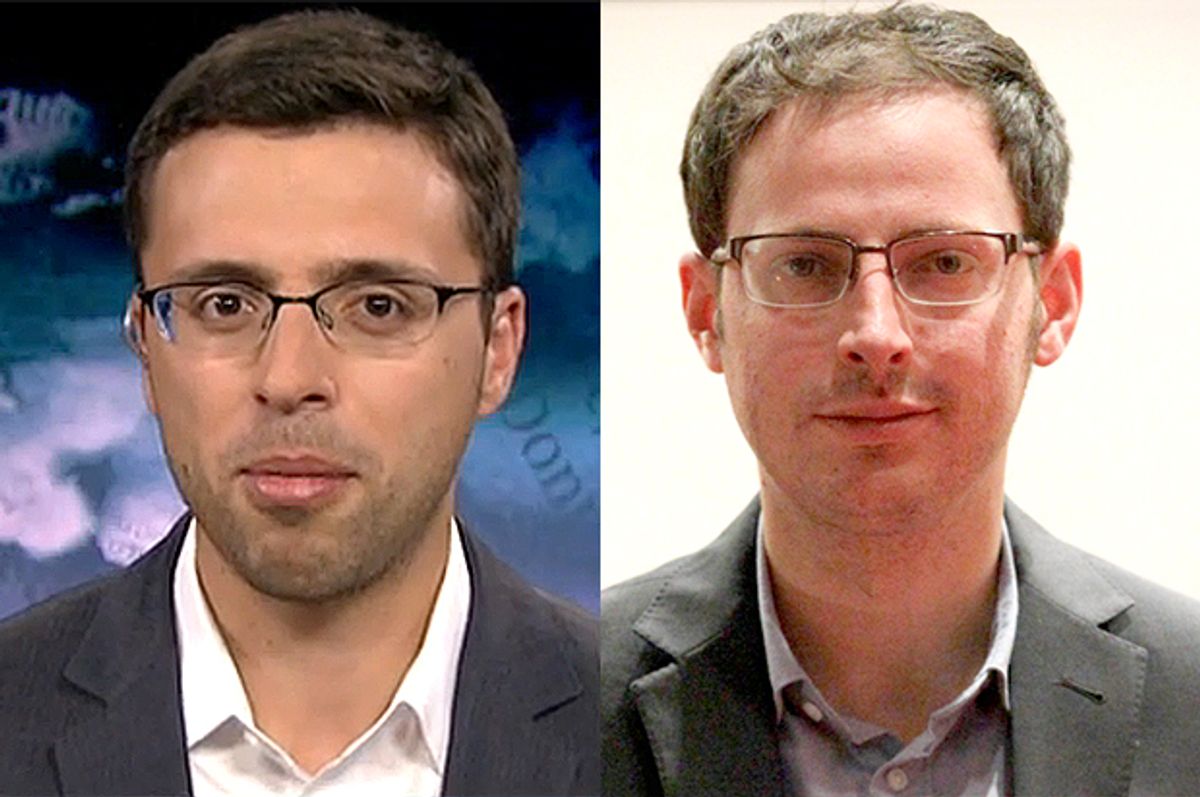 Who are the most forward-thinking, bold journalists in media? Who is this super "breed of journo-entrepreneurs," the ones who determined to "strike out on their own, cutting to the chase and influencing the masses without (much of) a filter" and have "done it most successfully"? Who are the faces of news for the next generation of Americans? According to Vanity Fair, the same people who were the face of the previous 500 generations of human civilization: white men.

The list, which includes 11 journalists-turned-entrepreneurs, features only two women: Intercept co-founder Laura Poitras and the Information's Jessica Lessin. While the list mentions Valleywag's Sam Biddle, it leaves out co-editor Nitasha Tiku. And while Ezra Klein gets a shout-out for Vox, co-founder Melissa Bell does not (the fact that Matt Yglesias is also left out makes me think this is sloppy work rather than intentional -- but more on that point in a second). There are no people of color.

The glaring omission of Tiku and Bell, of trailblazers like Jezebel founder Anna Holmes, of the hilarious and absurdist Toast co-founders Nicole Cliffe and Mallory Ortberg, of the Hairpin's Edith Zimmerman, of Kelly Virella, a Silicon Valley reporter who is launching long-form magazine Longview, and of many, many others is essentially a slap in the face to bold work by the few people in this industry who are trying hard to change the status quo.

According to the most recent study by the American Society of News Editors, about 36,700 journalists work at 1,400 U.S. newspapers, but only 13 percent of these reporters are minorities (and that's up by a percentage point from last year). The percentage of minority journalists, the ASNE notes, "has remained between 12 and 14 percent for more than a decade."

The hope for all these journalist start-ups, as the National Association of Black Journalists wrote in an open letter in March, was to see some real change (as promised!). The NABJ was hopeful that "this entrepreneurship might also include new and more effective approaches to achieving diversity and inclusion in newsroom staffing and news coverage. After all, these startups will exist primarily on digital platforms, where African Americans and Latinos are proportionately larger consumers of news than whites," read the letter. We also know there's a growing demand for ethnic news outlets.

But as the hires in this new, bold journalism world started to look a hell of a lot like the same hires in the old, rich white dude-ruled journalism world, the NABJ added, "our excitement has turned to concern as the parade of recent hires hardly reflects a commitment to ensuring that these new newsrooms reflect all the communities they will cover." BuzzFeed's Shani O. Hilton described the criticism like this: "Just as women and journalists of color are beginning to have a major presence in more traditional newsrooms, the disruptive white boys are jumping ship and starting their own ventures — only to replicate the same diversity problems newspapers and magazines have struggled with for decades. (Problems, one could argue, that helped drive them into irrelevance.)"

I believe that, like Hilton continued to write in her piece, most of these start-ups are trying, but are running into hurdles they don't know how to jump. Even Vanity Fair, a magazine that has excluded people of color from its pages and habitually flirts with racism, is now trying. But this list is a failure on Vanity Fair's part to take anything that's not white-dude-approved work seriously -- and that's part of the problem that maintains the status quo. The message for the magazine, as it is for so many in this industry is: You need to try harder and clear some more hurdles.