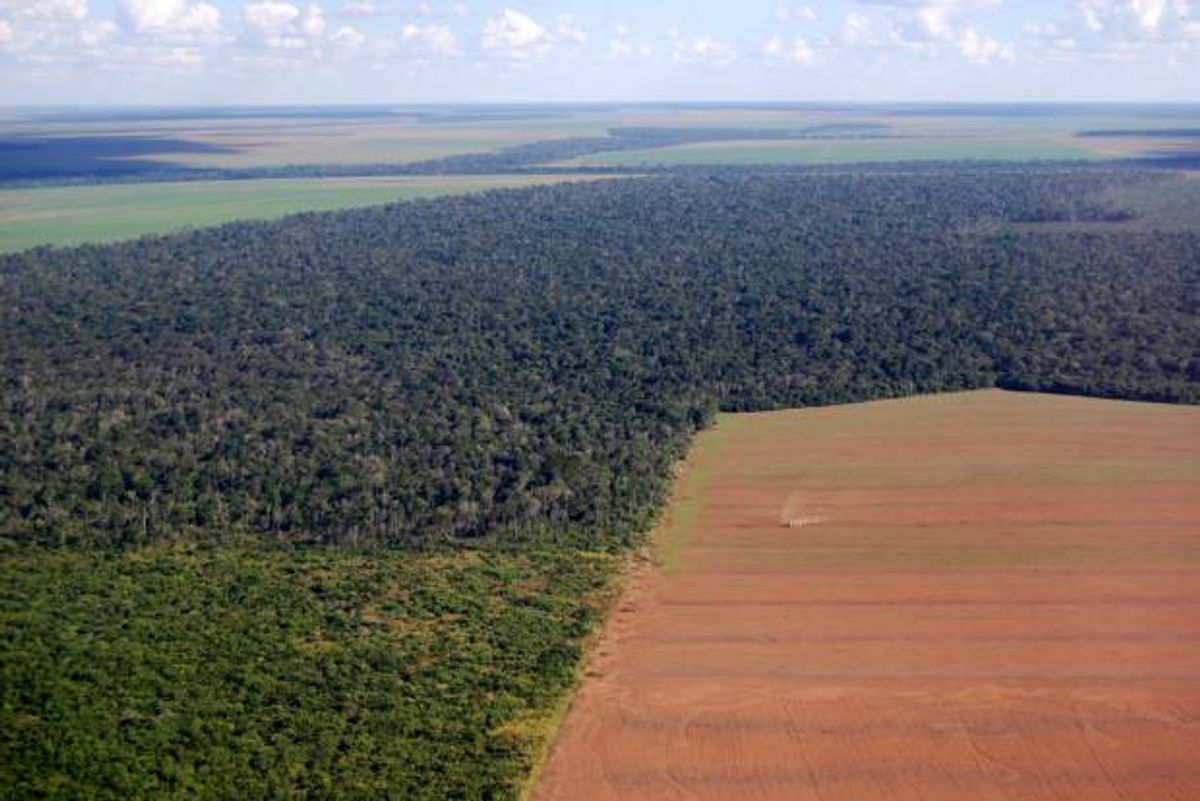 According to a report released Wednesday by the Brazilian government, the Amazon rain forest experienced a 29 percent spike in deforestation from 2012, with 2,275 square miles destroyed in 2013.

Although the amount increased in the past year, 2013 still saw the second-lowest amount destroyed in a year since Brazil began monitoring deforestation in 1988. That year, almost 8,000 square miles were lost.

Fighting the destruction of the Amazon is considered crucial for reducing global warming because deforestation worldwide accounts for 15 percent of annual emissions of heat-trapping gases, more than the entire transportation sector. Besides being a giant carbon sink, the Amazon is a biodiversity sanctuary, holding billions of species yet to be studied...

The largest increases in deforestation were seen in the states of Para and Mato Grosso, where the bulk of Brazil's agricultural expansion is taking place. More than 1,000 sq km has been cleared in each state.

Other reasons for the rebound in deforestation include illegal logging and invasion of public lands adjacent to big infrastructure projects in the Amazon, such as roads and hydroelectric dams.

As the largest rain forest in the world, the Amazon plays an integral role in mitigating climate change due to its function as a carbon sink, as stated above. Essentially, the dense foliage in the forest soaks carbon dioxide, a harmful greenhouse gas, out of the atmosphere. According to the Wall Street Journal, commercial agriculture is responsible for up to half of illegal deforestation worldwide, with indigenous communities often suffering the most from the loss.

Still, the general downward trend in deforestation indicates that Brazil's policies are working. "The result indicates there is effectiveness in combatting deforestation," the report reads, "particularly since the 2004 creation of the Action Plan for the Prevention and Control of Deforestation in the Legal Amazon."