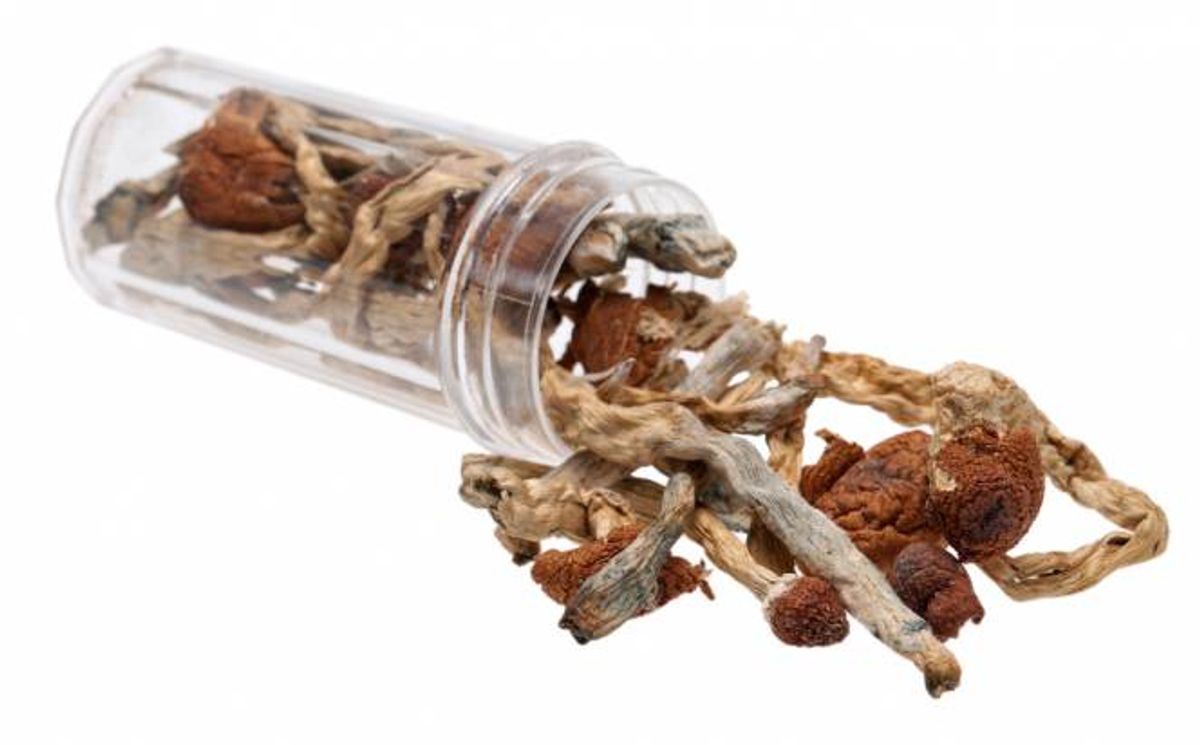 A small study conducted by the cognitive behavior therapy program at Johns Hopkins University indicates that magic mushrooms could be effective in helping long-term smokers quit, even after numerous other methods have failed.

The current king of smoking cessation drugs, Chantix, only has a 35 percent rate of success at six months, while nicotine patches and gums are even less effective. Of the 15 volunteer participants who took two to three rounds of psilocybin (the active hallucinogenic drug in mushrooms), 12 were still smoke-free six months later.

Because the psilocybin pill was given in combination with behavior modification therapy, including counseling and keeping a journal, it’s not clear how much of the benefit for the smokers came from the hallucinogen. Future studies are being planned to include a comparison group who won’t receive the mind-altering compound, and all participants will get brain scans to help researchers pinpoint and study where the effect occurs.

A wide range of volunteers took part in the study, including a teacher, a lawyer and a museum worker. They were all more interested in quitting smoking than in taking a psychedelic drug, Johnson said. Conducting the research in a carefully controlled environment allowed the investigators to protect the volunteers and avoid the acute anxiety that can occur, the experience that’s generally known as a “bad trip,” he said.

The therapy occurred over two or three sessions. Volunteers came to a laboratory set up like a living room, took a 20 milligram pill of psilocybin, covered their eyes and relaxed with music for several hours as the psychedelic effect took hold. Those who had a transcendent experience, where people say they went into a mystical state that helped them feel unity with themselves and the universe, tended to have more success, the researchers said.

The study's participants returned two weeks later for one higher dose, and then were offered a third but were free to decline.

Psilocybin and other hallucinogens have shown a lot of promise regarding the treatment of addiction and anxiety, especially for terminally ill patients, so the study's findings are not in uncharted territory. Time magazine writes:

Research conducted during the 1950s and early ’60s into possible therapeutic uses of drugs like LSD, another hallucinogen, and psilocybin suffered from their popularity in the counterculture of the time, which led to both the ban of recreational use of psilocybin and an end to virtually all the medical studies on its effects on people. Early studies suggested the compounds might help to fight addictions and ease end-of-life fears.

Pharmacologists continued to study the drugs, however, primarily in animal models, leading to the recognition in the 1950s that LSD was similar to the brain chemical serotonin (indeed, LSD was later found to act on certain serotonin receptors) and providing one of the first hints that drugs could affect behavior by affecting particular brain chemicals.

“[So] much of modern neurobiological chemistry results from studying psychedelics,” said Dr. Charles Grob, director of child psychiatry at Harbor-UCLA Medical Center, who is studying the effects of psilocybin on anxiety in terminal cancer patients.

The study was extremely small, so it is way too early to start justifying your penchant for hallucinogens with its findings. Matthew Johnson, a researcher on the study and associate professor of psychiatry at Hopkins, said in an interview with Bloomberg, "The rates of quitting were so high, twice as high as what you typically see with the gold standard medication. It is a very small study, but it's an indication that something very strong is going on here. It answers the question of whether this is worth pursuing."