Gun nuts' insane new crusade: How they explain away fatal accidents with children

After a young girl recently shot her shooting instructor, the gun lobby really had to stretch for a novel argument 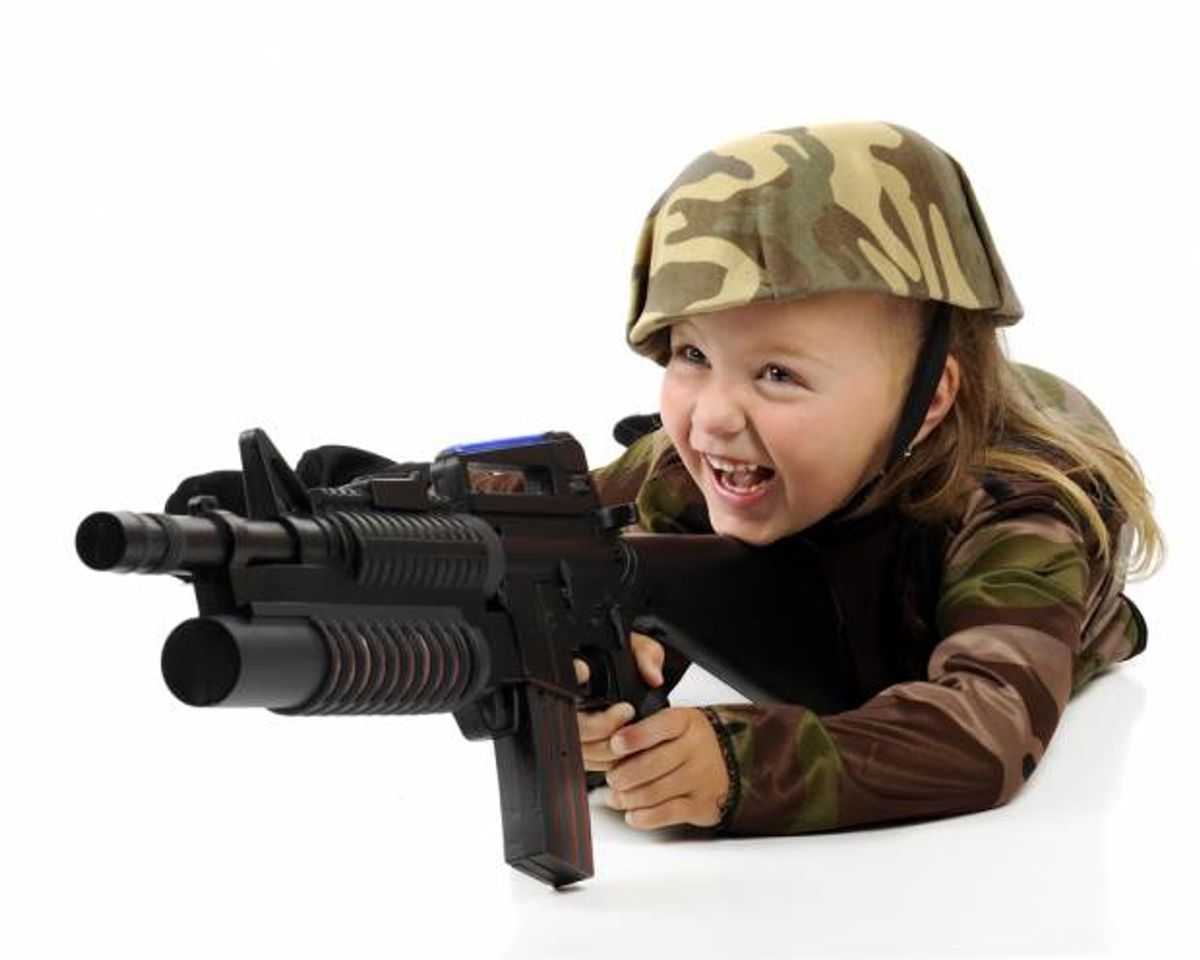 When a 9-year-old girl accidentally shot her shooting instructor with a submachine gun at an Arizona firing range, the usual gun discussion played out all over again. It remains true that, as Tim Kreider points out, there is no gun-related tragedy so horrible, wanton or preventable that it will result in any serious reform in American gun laws. Nonetheless, we are doomed, like Sisyphus, to recapitulate the same aimless debate on the good of guns every time a horrific loss of life could have been avoided were they in some way better controlled.

But because this particular incident was an accident rather than a premeditated crime (as in most mass shootings that drive gun debates in national media) the reasoning behind pressing on with lax gun laws from the pro-gun lobby was a little unusual. While they normally offer up offender-based "solutions" in mass shooting scenarios, those approaches don’t make much sense when the perpetrator is a hapless child. Instead, the pro-gun folk rolled out a strange argument for a cultural shift toward the normalization of guns.

Of course, the "normalization" argument isn’t exactly brand-new, either: The Open Carry lobby bases its entire insane theatrics on the notion that people should be forcibly numbed to the presence of extremely dangerous weapons in public. But in the context of children encountering guns for no other conceivable purpose than entertainment, the normalization narrative is especially bizarre and specious. Writing in the New York Times’ Motherlode blog, KJ Dell’Antonia remarks:

“This summer, three of my four children learned to shoot a .22. I relearned, too. I hadn’t fired a gun in years. To be honest, it was fun; like the many visitors who reviewed Bullets and Burgers on TripAdvisor before this tragedy, we enjoyed having a safe opportunity to do something my children had seen only on television or in video games[…]No matter how you feel about firearms and gun laws, we live in the country we live in. My neighbors have guns. Your neighbors have guns. Your guns may be locked up; the babysitter’s boyfriend may keep his on the seat of his car. At some point, some child is going to take my child or yours by the hand, open Mom’s closet or the trunk of Dad’s car, and say, “Look!” At that point, I don’t want my children to say, “Wow, let me see that.” I want them to shrug and say, “Whatever” and “Let’s go do something else.” (I actually want them to say: “Suzi, get away from there! That’s dangerous! We have to go tell your mom and mine right now!” But I’m realistic.)”

Dell’Antonia’s theory appears to be that by exposing children to guns in an entertainment context, one will eventually bore them out of an interest in them. But there are at least two immediate problems with this approach: First, fusing guns with family entertainment doesn’t conceivably lead to making them any less enjoyable. By that logic, kids would eventually get bored with going to amusement parks or going out for ice cream simply by nature of occasionally doing those things. But that very clearly isn’t the case. Exposure can eliminate an element of attractive taboo, but a measure like that would have zero impact on a case such as the one in Arizona, which had no element of deception or secrecy whatsoever.

Secondly, and more broadly, the fusion of guns and toys is an especially disturbing fact of this case that Dell’Antonia’s solution happily consents to perpetuate. Though she notes some reservation about the presence of guns in film and video games, teaching kids that guns are essentially real-life playthings (even only in particular contexts) only accelerates the blur between toys and weapons. The fact that the firing range where the instructor was killed is now considering instituting a height requirement for shooters, like those associated with carnival rides, seems to confirm this failure of distinction even further. If a cultural context in which it is appropriate to allow a child to play with a submachine gun gives rise to senseless tragedy, it would seem clear that context has serious problems. But the fact that guns are viewed as entertainment appears to be, especially in this case, a significant part of the problem, not a species of its cure.

At least in part, the pro-gun lobby and its popularizers are advancing a particular culture as much as a particular bundle of policies. It is possible that they so firmly believe in the entertainment value of guns that they can’t imagine a reversal on that count, though people untainted by the stilted and strained logic of anti-gun control rhetoric still live such an approach easily. I grew up in Texas, and my father kept a 16-gauge shotgun under his bed in plain view for the entire duration of my childhood. Dad was clear about what it was for: It wasn’t a toy, it wasn’t for fun, it was for killing someone if they broke into the house.

I never fired it. I never so much as touched it. I understood that it was for killing, and that unless I wanted to kill somebody, I shouldn’t be handling it. If the unfortunate child in this case had the benefit of the same clarity from her parents, a life would have been spared.

Which isn’t to say that having guns in plain view and accessible to children is the optimal state of affairs, but only to point out that going with easy accessibility and a greater emphasis on the entertainment value of firearms seems like a bizarre corrective measure to a situation that arose out of a family fun outing gone awry in the horrible sudden way only guns can send things awry. But at this point documenting the responses of pro-gun interests to obviously avoidable firearm-related tragedies is only an exercise in recording absurdities as they mount on one another. If policy change is going to come from anywhere, it won’t be from the isolated theater of the never-ending national "gun conversation," which seems to vanish a little more into its own absurd premises and cultural commitments every time another atrocity flickers through the news cycle.