I didn't just fall down the stairs 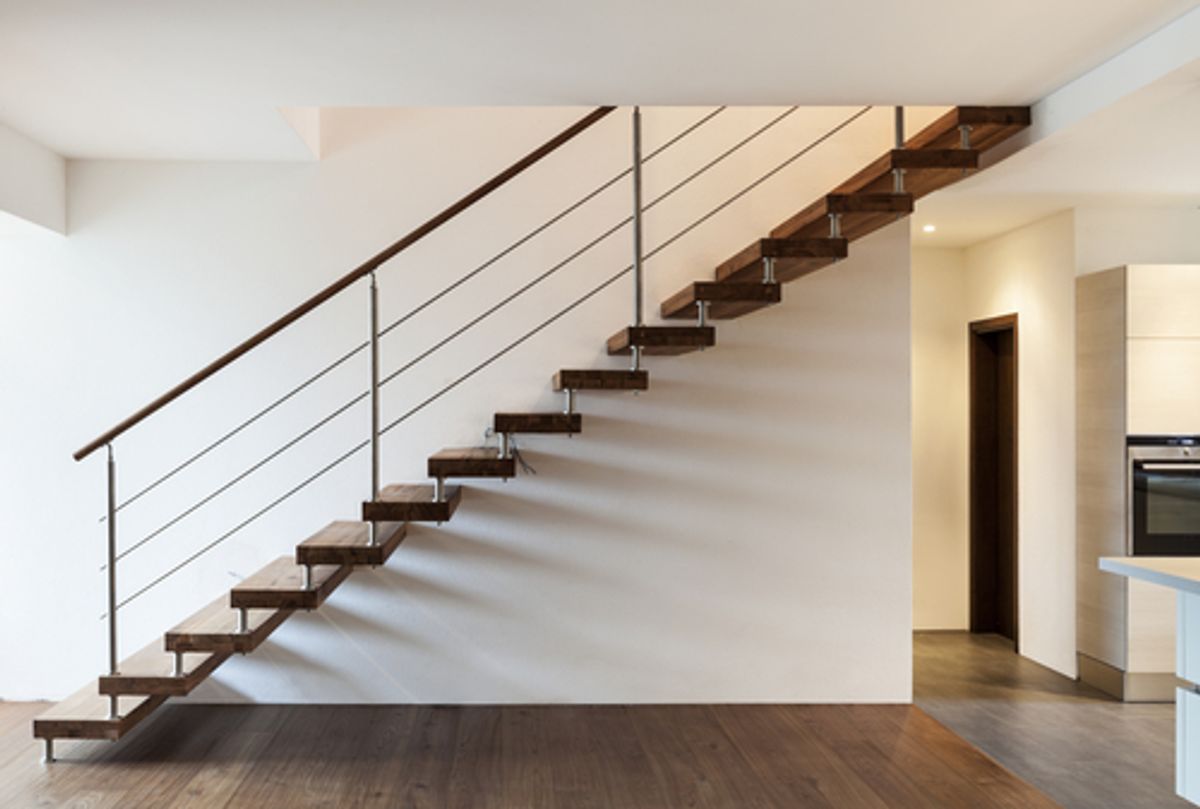 It’s a standard section on the legal waiver required in most gyms. When trying a new yoga studio recently, I wrote in what I always write: “broken sacrum, 20-plus years ago.” Upon further questioning, I always explain that the sacrum has healed and the tightness in my lower back is something I well know how to adjust for in classes—it is what drove me to yoga in the first place. I assure them I am fine.

“Ooooh, but how did you break your sacrum?” this front-desk gal asks.

More from DAME: "Those Embarrassing Post-Pregnancy Ailments Are Totally Preventable"

“I fell down the stairs.” This usually draws a sympathetic nod or whistle. It sounds like it was my fault. It is enough to end the conversation. But it bothers me, because it is not the truth. The truth is that I was deliberately pushed during a fight with my boyfriend when I was 20. It wasn't our only fight, and it wasn't even our last one. As I ran from the apartment, my boyfriend of two years pushed me down the stairs, causing me to land hard on my tailbone. He stepped toward me and I thought he was going to help; instead he took one of my legs in his hands and twisted it, injuring my knee in the process.

The knee healed quickly. I went to work on crutches, lying to my co-workers about my clumsy slip down the stairs. I would not know about the damage to my tailbone until months later, when a visit to the hospital required X-rays and a doctor pointed out the fracture.

Which is why “I fell down the stairs” isn’t exactly true, but “I was pushed in a domestic violence incident” is too much to share with a stranger. It would either lead to more questions or stop the questioner in his or her tracks. I'm not sure that it's fair to dump that on a person casually asking, when there are people running around with deadly diseases, abusive parents, lost spouses, dead children—all sorts of hidden pain.

A little piece of yellow carbon paper has stayed tucked in a folder in my filing cabinet over the years. On it, boyfriend and girlfriend become Defendant and Complainant. I can’t remember our last fight at all, but a policeman dutifully detailed a statement onto this paper. The address under the ex’s name is the apartment we once shared. The address under mine is that of the women’s shelter where I went to live for the standard 30 days. The place was recommended by my therapist—a blind woman who knew I needed help long before I did. One day when I casually mentioned the bruises left on my arms from him “just squeezing me really hard” when he was angry, she gave me a business card for a place that helped battered women. I knew my boyfriend just “had a temper sometimes” and felt sure he’d never go so far as to actually hit me. I remember thinking she couldn’t see how small and light the bruises were, and she didn’t know how he cooked for me and just bought me a new bike and how sweet and kind he could be when we weren’t arguing.

More from DAME: "How Do You Explain Racism to Your Black Son?"

I had yet to see the wheel graphic depicting the Cycle of Domestic Violence. I didn’t even know the phrase “domestic violence.” Still, she insisted, so I took it, crumpled it up into my purse and thanked her politely.

The first day there they woke me out of bed. I could have slept forever. My face was puffy and heavy from crying. I ate lunch outside, alone at a picnic table, reading a magazine like nothing was wrong, like I wasn’t eating in a bricked-in backyard surrounded by barbed wire. I knew it was meant to keep husbands/boyfriends/dangerous people out, but it still felt like prison. An ant made its way across one of my pages, across the face of some smiling model. I squashed it with a napkin, feeling bad a second later—a second too late. Did he? Was he an unfeeling monster I hadn’t truly seen or had I imagined the whole relationship?

I had dish duty with a woman named Marsha, a short cocoa-skinned woman with big brown eyes and a thick scar on her neck that ran from ear to ear, from where her husband slit her throat. This time she wasn’t going back, she swore. Her three unsmiling kids were always staring at me with giant eyes from behind their mother’s muscular legs. No amount of joking or candy could coax them out from their human shield. “When are we gonna see daddy again?” they sometimes asked. Her husband, their father, threatened to slit their throats too, if he she ever left him.

Everyone could see Marsha’s scars. Mine were invisible. I looked normal. I should be grateful, I thought. I had no bags or children to pack and protect. I left in the back of an ambulance, and he left in handcuffs. No heroic decisions on our part, just two people sucking the life out of each other, stopped by fed-up neighbors, who called the police.

For a long time after, I wanted a book or a map or someone to tell me what to do to feel normal again. I felt I’d had a faulty fight-or-flight instinct. Was I missing what even the lowest life-forms had to preserve their own survival?

While my roommates dreamed in beds, I dreamed in words, scrawled on the page, on napkins, receipts, flyers, set-lists. Scribbled thoughts. Hope. Anger. Putting it all down on paper, like someone some day would care about any of this. Twenty-five years ago, I wrote a story in my journal about a woman sitting on a beach 3,000 miles away, carefree and content, her white cotton dress blown sideways by sea-spray. She contemplated her life and bruises long gone. She felt loved. From a bunk bed in a dark room in Maryland, I imagined my future in California. I did not know the steps I would take to get here. There were years of rebuilding—college, therapy, healthier boyfriends, better choices. I had yet to hear the word "visualization."

When I read the police report now, it sounds about right, like something familiar, like a bad movie I’d seen a long time ago. Looking at it as a 45-year-old woman, I notice something new at the end.

More from DAME: "Is Failure The Secret to Success?"

That’s what made this fight the last. I pressed charges. I’d refused twice before. For years I admonished myself for staying far too long when the greater truth is that I escaped. This decision saved my life and, with the help of loving friends, changed its entire course.

In this folder with the police report there are four fading Polaroid photos of a dark-haired girl who looks a lot like me. She wears a threadbare Steve Steadham skate T-shirt, its sleeves pushed up to reveal the circles of yellow and purple bruises around her arms. She looks away from the camera, ashamed, unsure of her future. It is hard to align her image with mine—a blond and graying woman with a supportive community, a rewarding career, a loving husband, and the means and ability to take a yoga class in the middle of the day in California. But I know she is me. I am reminded by my lower back.

I remember my college Spanish professor acting out a glass falling from her hand, demonstrating the “no-fault construction” or reflexive ‘se’ in a grammar lesson. I remain fascinated with this concept, where it seems people are somehow absolved. The idea was that she didn’t break the glass. Glasses break. Shit happens. Se quebro la mesa. The table broke (not “I broke the table”—unless you did it on purpose). I need a phrase like this in English to explain my injury to strangers—something both honest and benign. I didn’t fall, but I'm not obligated to tell the whole story about how I came to be pushed. I want an easy way to say that “something bad happened; I am healing; I survived.”