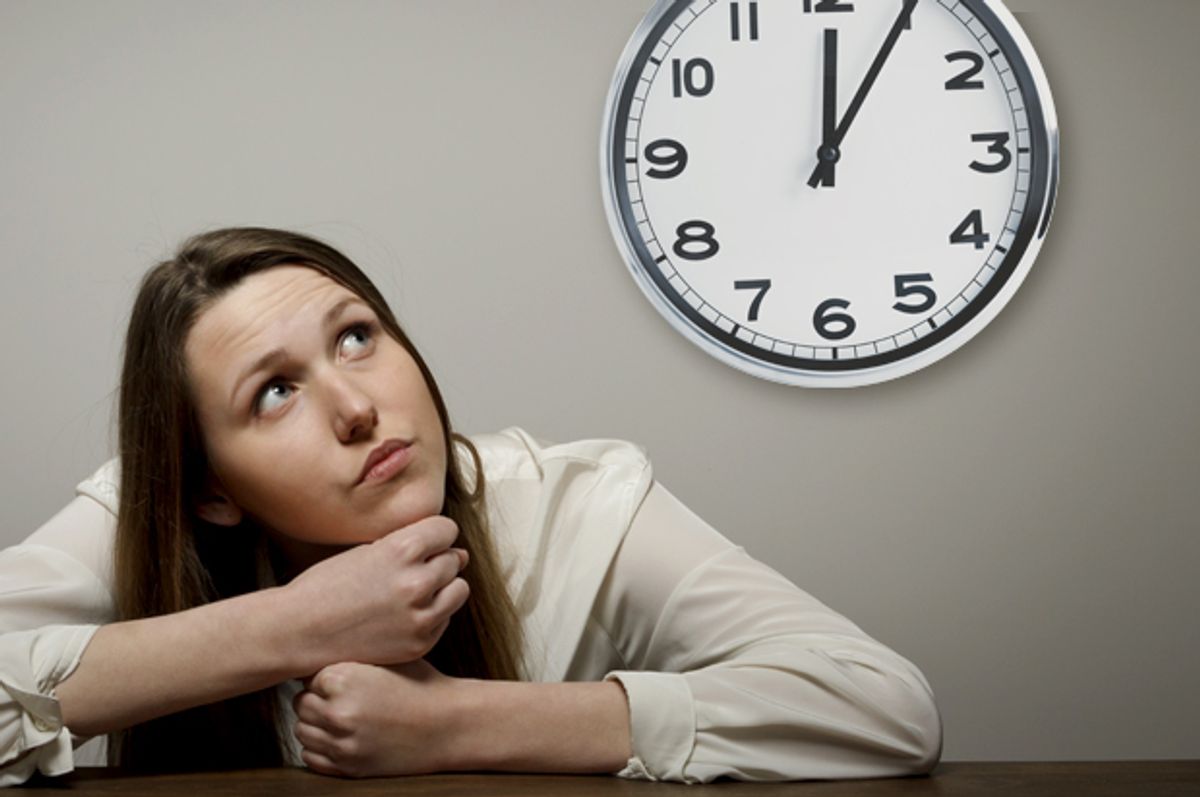 Earlier this year, the Republican-led Missouri state legislature voted to enact a 72 hour waiting period for any person seeking an abortion. The measure tripled the state's previous waiting period, and made Missouri the third state in the country to impose such a requirement, behind Utah and South Dakota. (Like South Dakota, Missouri's waiting period law provides no exceptions for victims of rape or incest. Utah's law includes these exceptions, which doesn't actually make it any less punitive.)

Reproductive rights activists and state Democrats protested forcefully both before and after the measure passed, and Democratic Gov. Jay Nixon vetoed the bill at the time, calling it "extreme and disrespectful." But on Wednesday, Republicans used a special veto session to resuscitate the measure, and voted to override the governor's veto. Senate Democrats attempted to filibuster the bill, but Republicans cut off debate and forced a vote. The law will go into effect in 30 days.

Republicans called the new requirement a "reflection" period. "[If] you get couple of more days to think about this pregnancy, think about where it's going, you may change your mind," said Republican state Rep. Kathie Conway. (This is not correct.)

Now in addition to waiting three days before being able to access care, a person seeking an abortion must also receive mandatory counseling. This counseling is designed to misinform patients and discourage them from obtaining an abortion. The counseling must also take place before the waiting period begins, requiring at least two visits to the clinic. There is only one clinic left in the state, so for anyone traveling long distances, that means finding a place to stay. Which means taking time off work. And because many people seeking abortion already have children, it means finding childcare. Which means means finding the money to pay for all of it -- including the abortion.

For people in the state who do have insurance through the state's health exchange under the Affordable Cart Act, anti-choice laws prohibit that insurance from covering abortion except when the person's life in endangered. Same goes for public employees, who can only use their insurance to pay for basic healthcare if they are more or less on the verge of death. (Missouri has not adopted the Medicaid expansion, but, even so, public funding for the procedure is only available in cases of life endangerment.)

According to data from the Guttmacher Institute, 42 percent of women who have abortions have incomes below 100 percent of the federal poverty level.

So having succeeded in every other way to make abortion virtually inaccessible in the state, Missouri Republicans enacted a law that condescends mightily -- ostensibly giving people time to "think" about a procedure they've already thought about -- and puts time, financial, geographical and other practical barriers in the way of accessing basic medical care. People seeking abortion have already considered their options and reached a decision, the waiting period does nothing to change this except put obstacles in the way.

Anti-choice lawmakers who support mandatory waiting periods have argued that such requirements provide a buffer for people to consider options and potential risks of obtaining the procedure. Abortion is incredibly safe (safer, even, than a colonoscopy, a routine procedure that Republican lawmakers are not falling all over themselves trying to regulate into nonexistence), but there are undoubtedly risks now associated with trying to obtain an abortion in Missouri -- and throughout much of the rest of the country.

These risks include spending your entire paycheck trying to access a routine medical procedure. Which includes further risks of missing rent payments or having your phone or electricity shut off because your money was spent on gas, hotel fees and an abortion that insurance wouldn't pay for. The risks also now include losing your job because you had to take multiple days off in order to have an abortion, since Missouri does not require private employers to provide workers leave time, paid or unpaid.

The risks also include being represented by a state legislature dominated by men who do not think your brain kicks in until 72 hours after you go to the doctor seeking an abortion. The structural barriers to care are often devastating, but the daily indignities of being considered less than a person are their own kind of burden.