Monstrous dinosaur was larger than a T-rex, and a swimmer who ate sharks 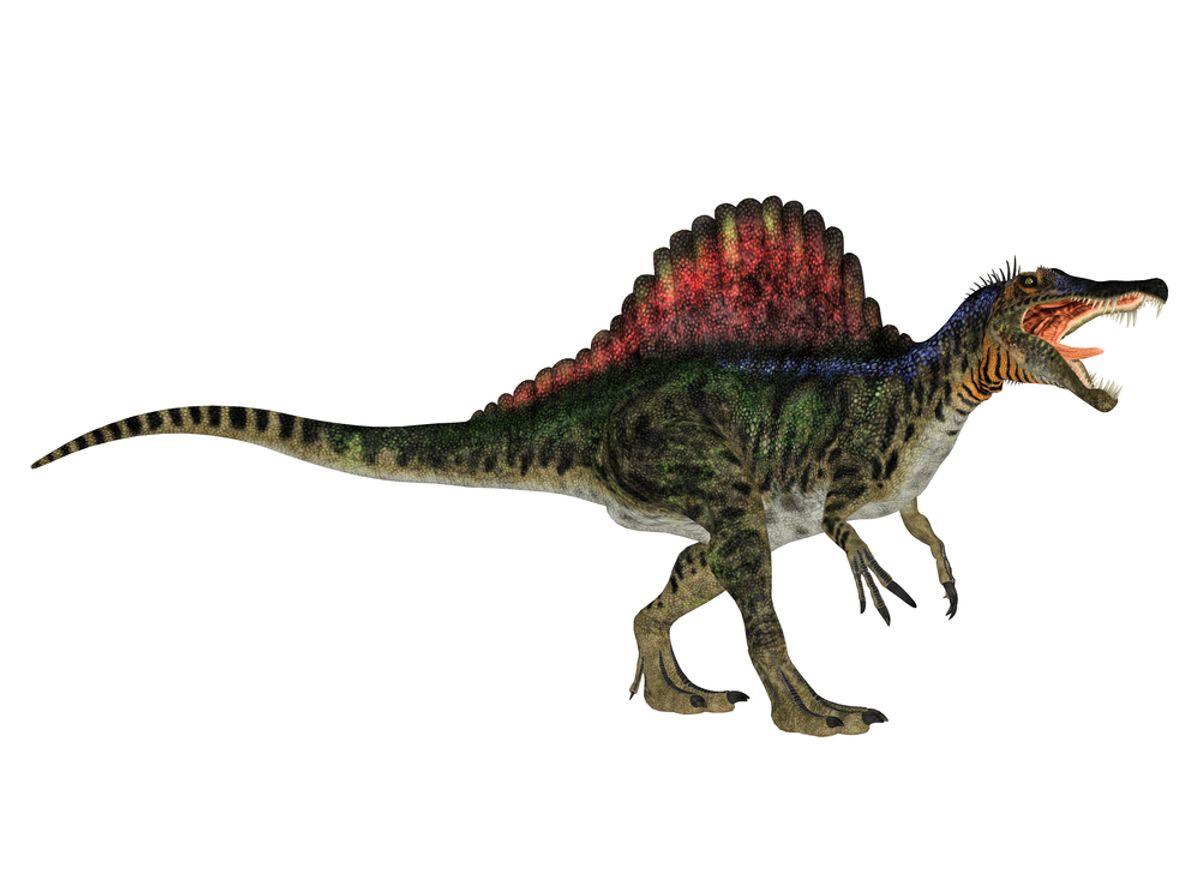 This 50-foot dinosaur is the largest known carnivorous dinosaur -- 9 feet longer than the ferocious T-rex -- and weighed in at 44,000 pounds, according to Discovery News.

This dinosaur would have been recognized by more than size. It sported a large multicolored sail, which jutted out from the animal's back.

"The sail must have played an important function — after all, this is a very, very big thing to carry around on your back!" lead author, and Chicago University paleontologist, Nizar Ibrahim explained to Discovery News. "We think that the sail served as a display structure, as it would stick out of the water even when the dinosaur was swimming at the surface, with most of its body submerged."

The conical teeth, Ibrahim pointed out, are also odd compared to those of other carnivorous dinosaurs. "Perfect tools to catch slippery prey — fish, turtles, etc.," Ibrahim told Discovery News. "The Kem Kem was a huge river system, full of big sawfish, lungfish, a car-sized coelacanth and several sharks. Those are the kinds of animals Spinosaurus would have preyed on."

“The animal we are resurrecting today is so bizarre, it is going to force dinosaur experts to rethink many things they thought they knew about dinosaurs,” Ibrahim said, according to the Guardian. “So far, Spinosaurus is the only dinosaur that shows these adaptations."

Spinosaurus was originally identified in 1911. Bones, dating back 95 million years, were dug up in Egypt. German paleontologist Ernst Stromer described the bones in notes. However, these bones were destroyed 33 years later, during the allied bombing of Munich's paleontology museum in 1944.

The fossil record of many mainly water-dwelling dinosaurs is incomplete, but it is thought that Spinosaurus would have been a top predator. However, it is unlikely that this Cretaceous era dinosaur would have evolved into any creature that survived an extinction event 66 million years ago.