Phoenix hopes to close out Chicago in WNBA Final 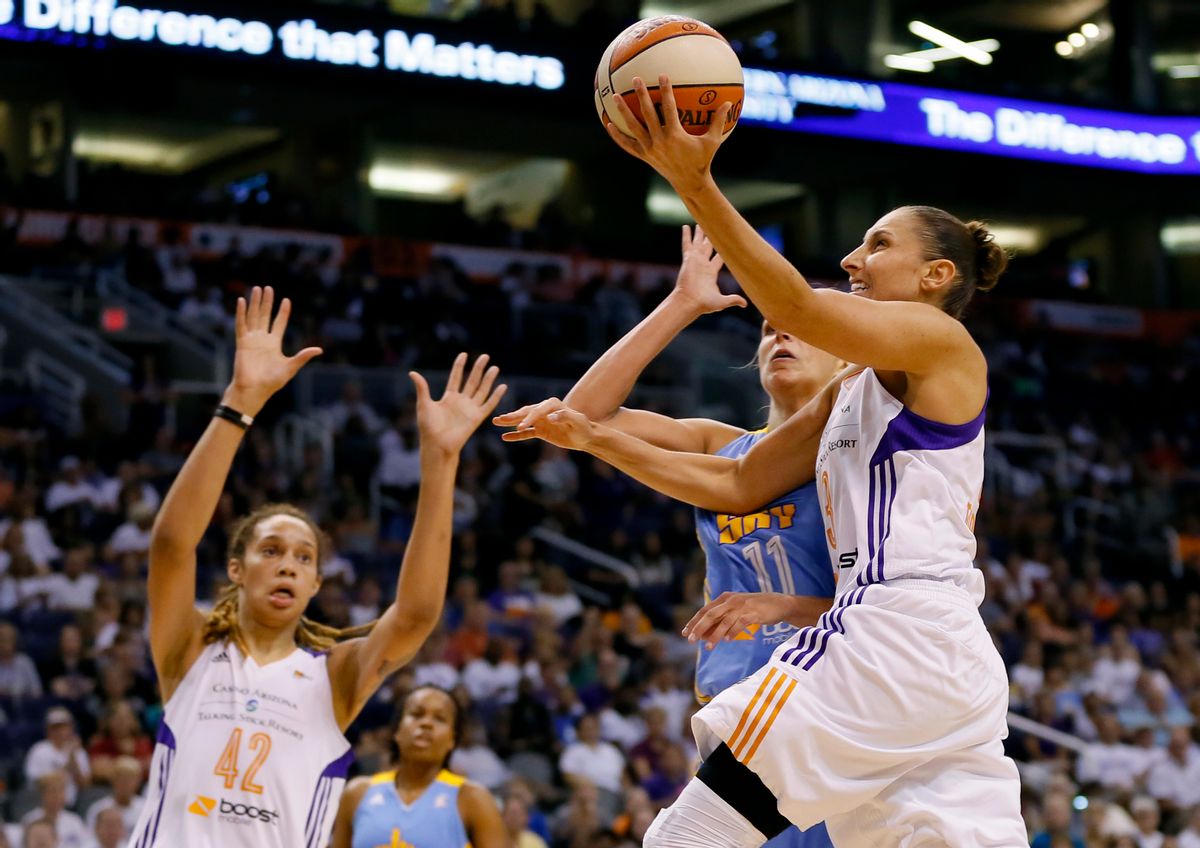 After dominating the Chicago Sky in the first two games of the WNBA Finals, Diana Taurasi and her Phoenix Mercury know that closing out the series won't be as easy.

Especially if star center Brittney Griner can't play after being hit in the right eye in Game 2 of the series. Griner didn't travel with the team to Chicago and the Mercury announced Thursday that she underwent an outpatient procedure to correct a retinal issue. She's listed as a game-time decision for Friday night.

"You know as much as I do at the moment," Phoenix coach Sandy Brondello said before practice on Thursday. "She'll be evaluated in the morning and hopefully she can play. If she can't play, we'll have to be ready for that."

Griner, averaging 15.5 points, 6.5 rebounds and 6 blocks in the series, also got hit in the mouth and lost part of her tooth in Game 2.

"If I lose an eye, I'll play with one. It's the finals," she said after Tuesday's win.

Even if Phoenix's 6-foot-8 star blocker and dunker can't play, Chicago will need to figure out a way to slow the potent Mercury offense. Phoenix shot 57 percent from the field and averaged 90 points so far in the series.

The Sky hope a change of scenery could do it. Game 3 of the best-of-five series will be in Chicago, but the Sky won't be able to play at their regular home, the Allstate Arena, because of a previously schedule Garth Brooks concert. The game will be played at the team's former home — the University of Illinois-Chicago.

"Without a doubt, they'll have great support," Brondello said. "Everyone plays better on their home court. Winning that closeout game is always hard. We need to focus on coming out ready to play and playing at 100 percent. Ninety percent won't be good enough with or without BG. We'll just need to do what we've done all season."

A Phoenix win Friday would give the Mercury a third WNBA title and their first since 2009. It would close out a stellar season, with the team setting the WNBA record for most wins in the regular season (29).

The Sky look to play the way they did for the first 15 minutes against Phoenix in Game 2. Elena Delle Donne didn't appear to be hampered by a back injury, which sidelined her for most of Game 1. She had 22 points on Tuesday, but received little help on offense. She also was in foul trouble toward the end of the second quarter when the Mercury took command of the game.

Delle Donne says her back is better.

"I'm getting a lot of work on it now especially that I'm home and able to see some of my people," the second-year star said.

Chicago faced elimination games in both rounds of the playoffs, staving off their opponents each time.

"It's not like we haven't been here before," Delle Donne said. "Throughout the playoffs, it's felt like our backs have been against the ropes, and obviously we have a lot to clean up and fix on our end.

"They're a phenomenal team. They're going to make a lot of runs, but we are home now and we're going to have the home crowd behind us and make a run here."