Sens. Jeff Flake and Martin Heinrich will have to work together, for once 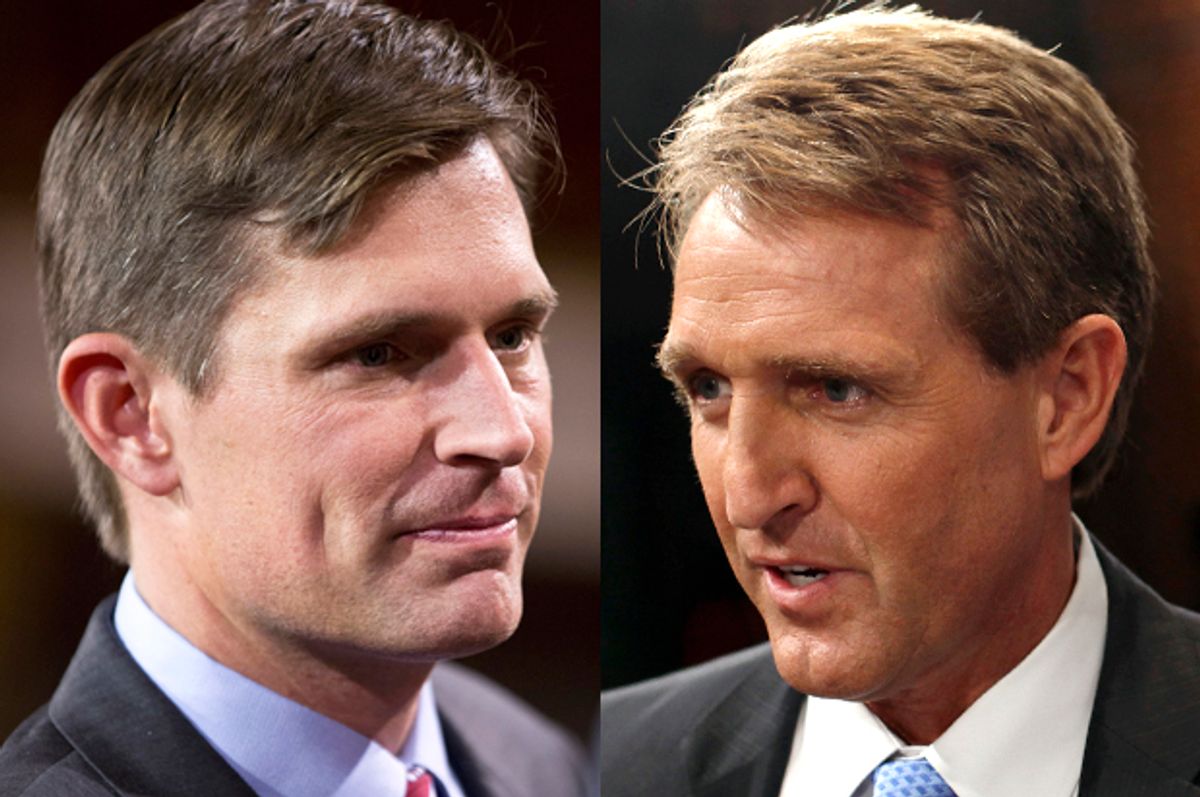 Fed up with bureaucratic drudgery, Sens. Jeff Flake and Martin Heinrich are going where real change happens in America: reality TV. The six-term Arizona Republican and the junior New Mexico senator pitched the idea for "Rival Survival" to the Discover Channel, EW reports, in which the two political rivals will spend a week on Erdu in the Marshall Islands.

“Both of us know just how frustrated people are with Washington right now," the senators said in a statement. "We can both attest that no one is more frustrated than those of us trying to get things done in this environment. We recognize how difficult it can be to cut through the partisanship. So we decided to do something completely out of the ordinary and frankly a little extreme to show the world and our colleagues that even if you have serious differences, if you want to survive you have to work together.”

Most reality TV show premises are frankly, insane, but this one is actually a fun commentary on how ineffective our government is. Flake and Heinrich are moving the circus to a setting we'd expect to find it in -- rather than, you know, Washington D.C. There's also something great about two well-off white guys in suits trying to navigate “shark infested waters,” and build stuff in “an utterly unforgiving deserted destination where the reefs alone are fraught with dangers that include venomous stonefish, lionfish and scorpion fish.”