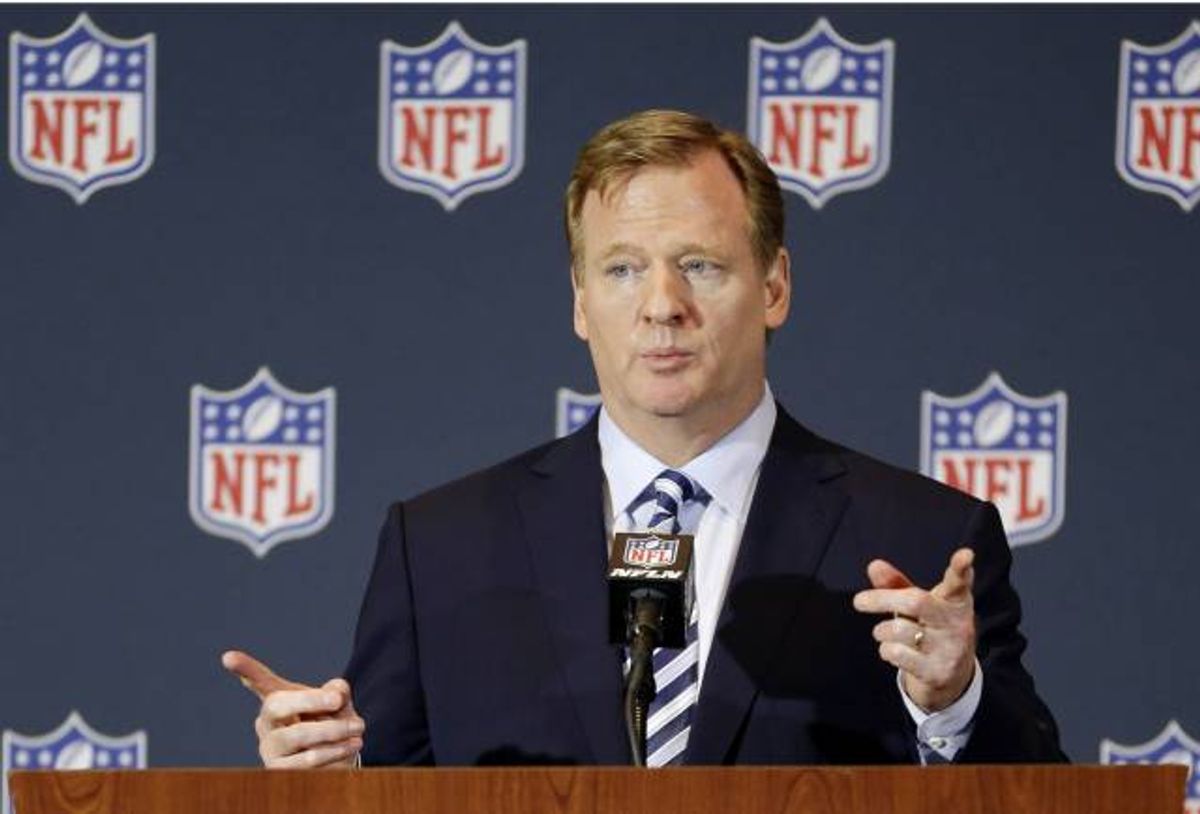 In yet another attempt to explain the NFL's complete ineptitude investigating player Ray Rice's violent assault on his then-fiancée (now wife) Janay Rice, one of the league's owners has come forward with the assertion that NFL commissioner Roger Goodell did not look into the case more thoroughly out of respect for the victim. As the unnamed owner reported to the Wall Street Journal, Goodell believed it would be "insensitive" not to take Rice at her word when she said that she played a role in her partner's violence against her:

In conversations about the Rice case over the summer, the owner said, Goodell privately told other owners that during his investigation, in a meeting with the Rices in June, Janay Rice said she had struck her then-fiancée and that she believed she was partly at fault for the incident. Goodell also said he left the meeting believing that Janay Rice had become unconscious because she had fallen during the scuffle.

After Goodell suspended Rice for two games in July, this person said, Goodell told several NFL owners that he felt it would have been insensitive to question Janay Rice's story because it would have come across as an indictment of her character. Two people familiar with the commissioner's thinking, including the owner, said they believe the thoroughness of the investigation, and Goodell's decision to suspend Rice for two games, both reflected Goodell's discomfort with challenging Janay Rice's story.

As Deadspin aptly points out, Goodell's decision reflects the league's woeful (and possibly willful) ignorance of the most basic themes of domestic violence. Victims commonly attempt to take responsibility for their own assaults, and are no less likely to do so when asked to explain the circumstances of abuse in the same room as their abusers -- which is exactly what happened to Rice when she met with Goodell in June:

It was Janay and six men, including Goodell, Ravens brass, two NFL executives, and the man who hit her. Any counselor, cop, or attorney experienced in domestic violence issues could have and should have told the NFL that victims will often blame themselves, defend their abusers, and even change their stories, all in the name of protecting the man they love. The NFL's judiciary should have disregarded anything Janay Rice told them, especially anything she said while sitting next to Ray Rice and five other men with vested interests in Ray Rice not getting in trouble.

Janay Rice also had a vested interest in Ray Rice not getting in trouble; he is the father of her child and she is likely economically dependent on him. She also loves him, and has continued to defend him throughout the controversy over her abuse. Goodell and the rest of the NFL should have known that. It was the league's responsibility to place those interests second in the interest of finding out just what happened in that elevator.