The reign of Tyler Perry is over: Finally, black thrillers come to the big screen

It's a relief to get movies from black filmmakers that don’t involve Jesus, Madea, or an absurdly corny love story 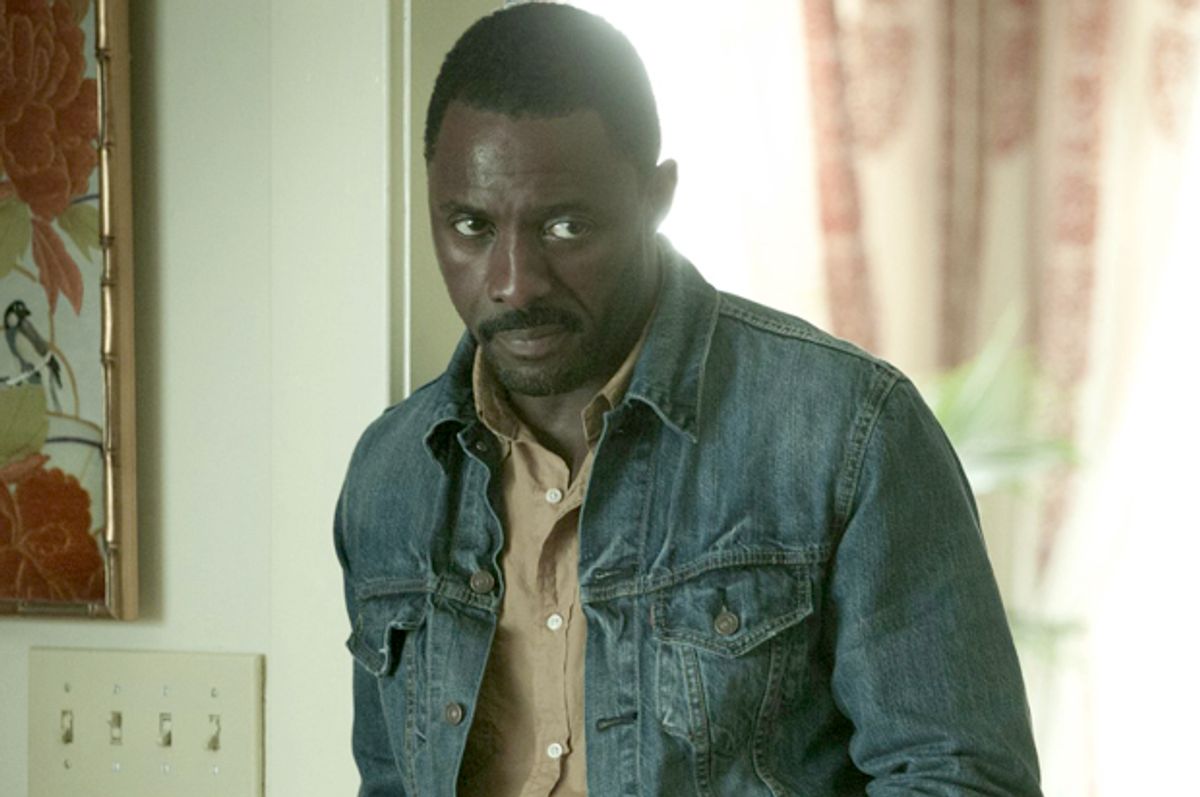 In the past few years there has been a flood of films released by major studios starring by black actors. But until recently, they've been very familiar terrain. Movies written, directed, and starring Tyler Perry. Other morality-driven movies with Tyler Perry’s blueprint and box office grosses in mind. Romantic comedies, undoubtedly rushed into development in light of the success of movies like "Think Like A Man" and "The Best Man Holiday" – confirming that Hollywood believes that middle-class romance-minded black people are a major moviegoing demographic. And of course there is the biopic. It often feels as though every black person of note in the last 50 years has a shot of having his or her life depicted on the big screen.

However, tomorrow Screen Gems will release the thriller "No Good Deed," produced by black film mogul Will Packer and starring Idris Elba and Taraji P. Henson. Screen Gems has already announced plans for another thriller titled "The Perfect Guy," which will star Michael Ealy, Sanaa Lathan, Morris Chestnut, along with "True Blood" actress Rutina Wesley. Both come on the heels of the 2013 psychological thriller "Repentance," released on February 28, 2014 and led by Forest Whitaker, Anthony Mackie, and Sanaa Lathan. "Repentance" had an extremely limited theatrical release and the paltry box office gross to go with it. The movie did not exactly score favorable reviews – boasting a miniscule 46 percent audience rating on Rotten Tomatoes.

Still, it was made. More importantly, more movies like it are being made. Now riddle me this: Name another year in which three thrillers with a majority black cast have been released or at least announced to be in development. I can’t think of one, which is why I’m apt to support the next two in line.

I’ve seen plenty of jokes about "No Good Deed" – i.e. who wouldn’t let Idris Elba into their home if he came calling? I’m sure similar quips will be made about Michael Ealy in the coming months. Even so, I’m more shocked that we’re finally getting movies from black creatives that don’t involve Jesus, a Madea, or some exhaustive romantic squabble that ends in perfectly packaged “true love.”

Each of those movies has a right to exist, but it’s important to see black people in all their fullness. That’s one thing often missing from complaints about the lack of black films in Hollywood. It’s not that there wasn’t just an erasure in color, but in also the complexity of our stories.

Next month will see the release of "Addicted," based on the novel by New York Times best-selling author Zane. That movie, directed by Billie Woodruff and starring "Dreamgirls" actress Sharon Leal alongside Boris Kodjoe, is a thriller, too, but more so of the erotica persuasion. For all the chatter over E.L. James’ "Fifty Shades of Gray," Zane had already amassed sales of five million prior to its release. But you know, Zane is black, and therefore, thwarted from more widespread acclaim her 14 New York Times best sellers undoubtedly called for.

Nevertheless, Zane’s transition to film adds yet another layer to an overall good trend in black film. The same goes for Justin Simien’s already critically-acclaimed "Dear White People," due in theaters on October 17. That movie – gasp! – actually tackles race not from a plantation or the 1950s, but in the here-and-now and in a satirical manner.

But before I give Hollywood a slap clap, I’d be remiss to not note that black film had long been evolving in story and method of storytelling, due in part to so many filmmakers like Ava DuVernay taking the reins themselves by not only financing movies independently from Hollywood, but by creating their own distribution models: like the African American Film Festival Releasing Movement, or AFFRM, which aides in black filmmakers securing distribution for their respective works.

DeVernay and her ilk had already put the hard work in and continue to, though it’s about time to see Hollywood follow suit. It remains to be seen how long this will last. After all, the 1990s had films that ranged from "Juice" to "Eve’s Bayou" to "The Inkwell" and back again only to see Hollywood abandon black audiences in much of the aughts and early 2010s. Nonetheless, there are more and more bright spots. It’s about time we’re being treated to nuance. We can only hope it continues.