UC's climate cop-out: University to fight warming while continuing to invest in pollutors

A University of California task force acknowledges that divestment can have an impact, but refuses to endorse it 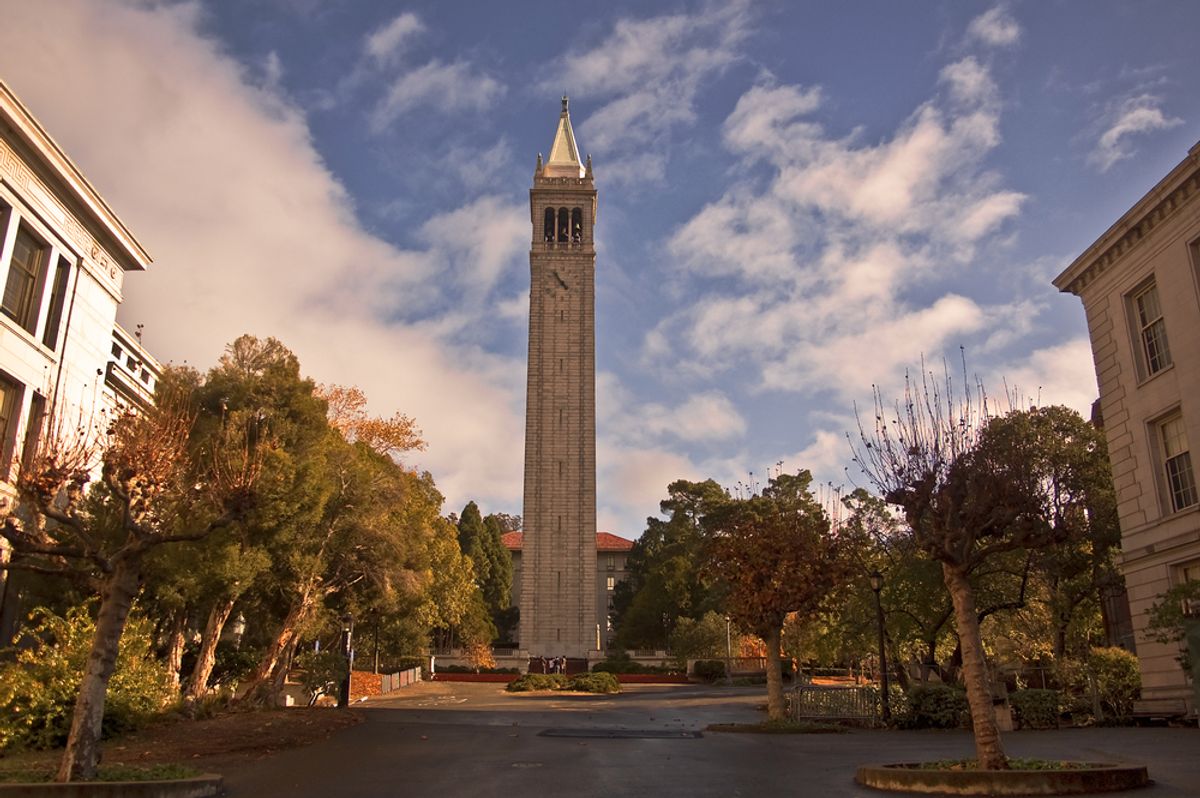 The University of California is "looking under every rock in the university system for ways to alleviate the effects of climate change,” according to Dianne Klein, a spokeswoman for UC President Janet Napolitano, told Reuters. Excerpt for the most obvious one, that is. In a decision posted Wednesday, the school system's Task Force on Sustainable Investing decided against recommending that it divest its $91 billion portfolio from fossil fuel companies.

Despite shying away from divestment, the task force did, at the urging of several members, take out language suggesting that the decision to divest "would not meaningfully impact climate change," and that "the cumulative benefit from the university's divestment from fossil fuels would not outweigh the total costs incurred from the divestment of fossil fuels." So it acknowledged, at the least, that divestment can have an impact -- just as it did for the anti-apartheid movement -- even if it's not going to solve anything alone.

The University's negotiations, per the Wall Street Journal, are emblematic of similar debates happening across the country, as other schools decide whether to follow the example of Stanford, which pulled its $18.7 billion endowment out of coal, or Harvard, which declined to divest its $33 billion endowment from fossil fuel companies. If that's the case, they're sending a pretty discouraging message about the tortured reasoning that's preventing schools -- which collectively have about $22 billion invested in energy and natural-resources companies -- from taking this importaant stand. Hamilton Nolan makes the case for the not-at-all inconsequential power of colleges letting their money talk:

Good for these anonymous task-force members for trying to avoid the adoption of an insane standard of morality. What we are witnessing is large universities—which are run like corporations—attempting to hide from ethics by waving a fig leaf of pragmatism. Think about the implications of saying, "We have no obligation to be ethical in our investments unless our divestment alone all by itself would meaningfully impact [HUGE GLOBAL ISSUE]." That is a way to escape responsibility for almost anything. (The meaning of "meaningfully impact" can be adjusted at will to ensure that it always remains out of reach, so nothing ever needs to be done.) That is not the lesson that schools are supposed to be teaching to their students. Students themselves rarely have enough money or power to "meaningfully impact" issues with their wallets—and yet student movements have had a great deal of meaningful impact on countless issues across the world for centuries.

What's the University of California offering in place of divestment? Its "new approaches to combat climate change" include the allocation of $1 billion, over five years, to invest in "climate solutions" and the expansion of its use of solar energy, with the ultimate goal of making the campus system carbon-neutral by 2025. All, obviously, are commendable goals, but they fall short of the sort of "meaningful impact" that signing on to the divestment movement -- and thus making a firm statement that they refuse to support the continued burning of fossil fuels, the key driver of climate change -- would signify. All together, tthe L.A. Times reports, the UC system has about $10 billion in direct and indirect holdings in fossil fuel and energy industries, including about $500 million in coal interests.

In the place of taking forceful action on a crisis that needs to be addressed now, the task force remains convinced that there's still time to play a long game. “We could have made a narrow divestment decision," Chief Investment Officer Jagdeep Singh Bachher said in a statement, "but the university is not in the business of taking the easy route. This is a more difficult path but one we feel will be more effective over time.”

Countered UC Santa Cruz junior Alden Phinney, a member of the task force, "“We can make as many solar panels as we want but if we continue to extract and combust fossil fuels at this rate, we’re not going to have a habitable world."