Community Discussion: Should we take to the streets for change?

Personal change may not be enough, so at what point do we step it up? 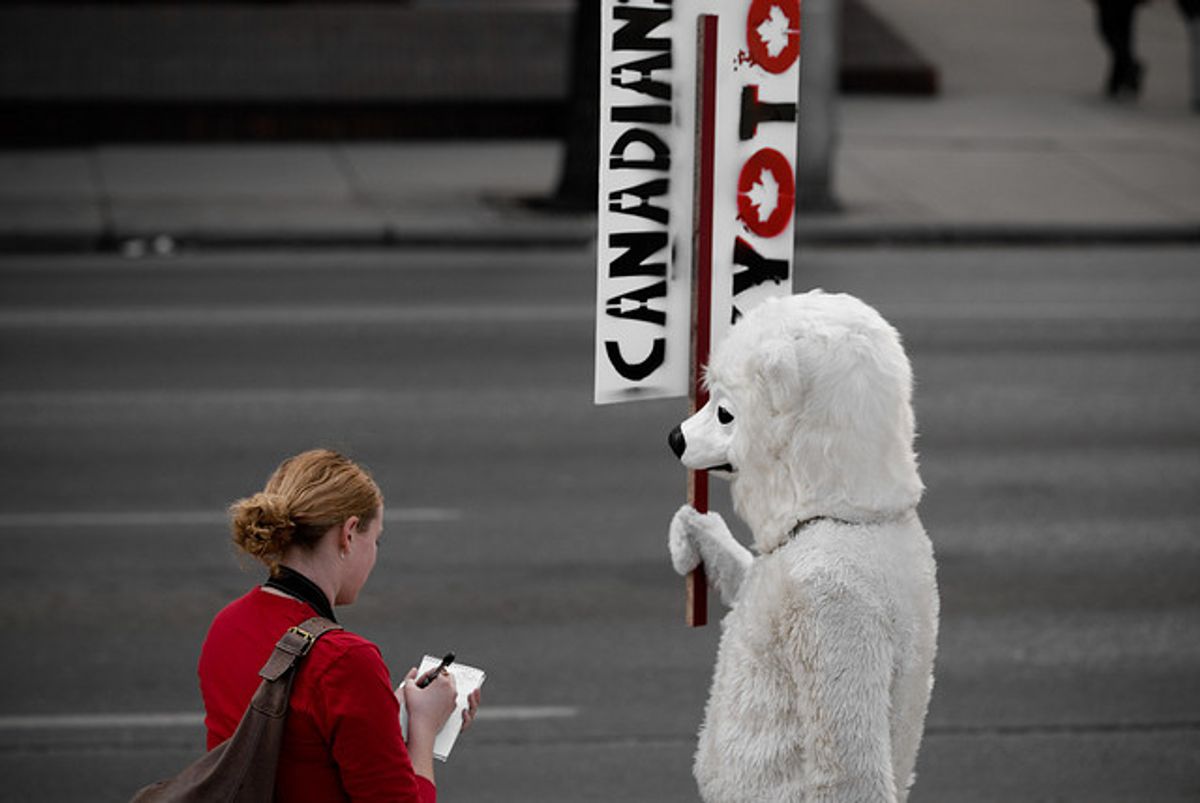 Facebook
Twitter
Reddit
Email
Jeremy Brecher recently inspired some skepticism (and outright arguments on reddit) when he called for a "global nonviolent constitutional insurgency" against climate change. Direct action against climate change may indeed soon have an important moment in New York on September 21st, when the People's Climate March meets ahead of the UN Climate Summit 2014, Organized by an umbrella group of activist organizations, including 350.org, Greenpeace and the WWF, it hopes to draw 100,000 people, which would make it the largest climate change protest in history. And on Monday, two activists charged with illegally blocking the delivery of coal to a power plant walked free when prosecutors agreed with their contention that the threat of climate change made their actions necessary -- with the District Attorney announcing he would join them in future protests, declaring that, “Climate change is one of the gravest crises our planet has ever faced.”Is the struggle to stop climate change entering a new phase? With the bulk of greenhouse gas emissions coming from industrial sources, the chances that we will achieve the needed reductions from personal changes alone seem slight. Even an avowedly environmentalist President looks unwilling to definitively rule out a project such as Keystone XL, and prospects for the success of any global accord on emissions reduction seem increasingly dire.

But between putting our bottles in the recycling bin and throwing our bodies in front of an oil train, is there no middle ground? If the personal choices we make are not reflected in greater change in society, and if business and government refuse to listen and see reason, are we ready to take to the streets and attempt to compel change?