Marc Jacobs' models bared all in the best way possible

In Jacobs' Spring 2015 Ready to Wear show, the designer had his models wear absolutely no makeup 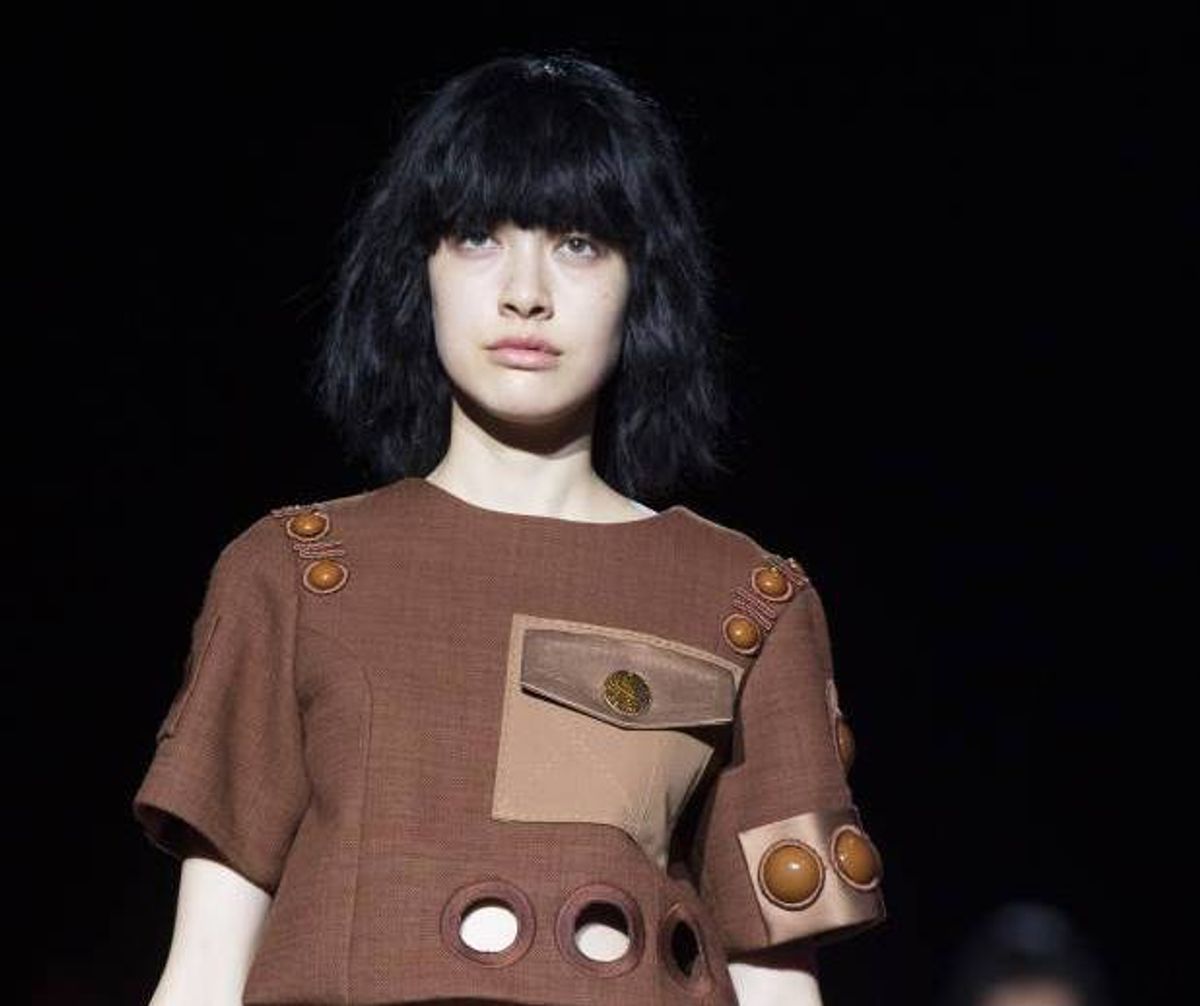 In Marc Jacobs' Spring Ready to Wear show on Thursday, the designer broke convention by using models who wore absolutely no makeup.

In an interview with the Cut, makeup artist Francois Nars explained the decision: "Marc said, 'I feel like maybe they shouldn't have much makeup,' and I went along and said, 'Maybe they shouldn't have any makeup at all.' I think Marc sees these girls as an army. The colors in the collection are kind of military, with beige, khaki, caramel, and chocolate. But we're not locked into having to apply makeup or blush or lip gloss. Sometimes I see women journalists like you, wearing nothing, and I love that, it's just a part of life."

The show was held in the Uptown Park Avenue Armory's Drill Hall, and despite the minimalist makeup choice, the show was anything but. Vogue's Hamish Bowles described the event as 'trippy':

[Jacobs] had an altogether rosier vision for the space, landing a Pepto-Bismol pink suburban house right in its heart, lapped by Schiaparelli pink gravel and flanked by tiered seating wrapped in Barbie pink shag-pile carpeting...

Each guest found a Beats by Dre headset at their seat, so you watched the show in your own little private world, the melodic sound track acting as a background to a mellifluous voice intoning thoughts composed by Marc and his collaborators that seemed like a director’s instructions. “When she goes in, the dog starts to bark. No, not that kind of dog . . . one that sounds like cheap electronic hip-hop from the eighties,” the actor might intone, or “Can we move the house to a place where nothing ever happens and things are slower? I’ll be happy there . . .” But the voice, as it turns out, was not that of a flesh-and-blood actor at all; the words were processed by a computer. As I said, trippy.