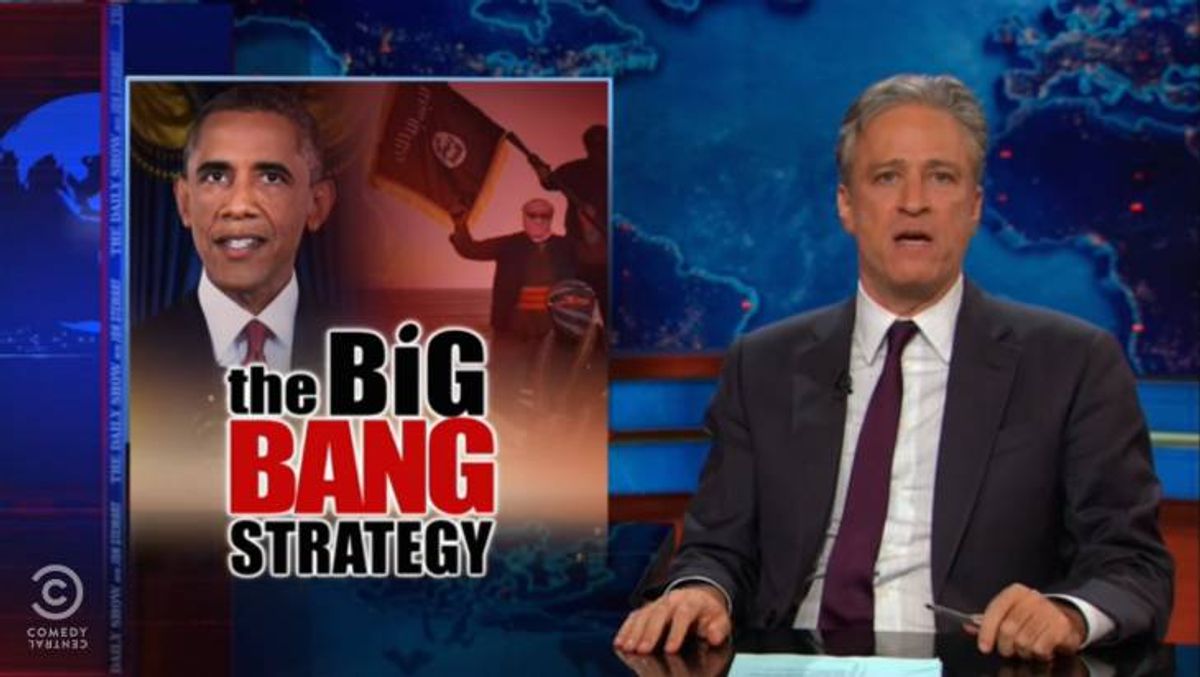 On Thursday night, Jon Stewart took on President Barack Obama's Wednesday speech addressing the threat of ISIS. "We appear to be at a crossroads betwixt the nuanced vision of a non-omnipotent America projecting power selectively," he said, "and some sort of weird all-powerful Tarantino America that cleanses the world of sin through slow motion blood baths."

After airing several clips of Obama showing off his inner BAMF (i.e., "You will find no safe haven,") Stewart concluded, "We have our answer. Last night our mom-jeans-wearing, socialist-Muslim-dictator-tyrant-pacifist went full America, f*ck yeah."

But the speech was not without its flaws. Stewart pointed out that it was probably not the best idea to bring up Yemen and Somalia: "I don't know if you want to cite a successful anti-terrorist strategy that we've been pursuing ... for years."

He then lamented the fact that our allies in fighting ISIS (Australia, Great Britain, Denmark, Poland, Germany, France, Italy and maybe Turkey) seemed awfully "Christian-y." "You can't go to war against a Muslim group without a Muslim ally! Now we're just the group of grown men at the One Direction concert without any kids. I mean, we're there for the right reason -- we love the music -- but that's not what everyone else thinks!"