My Air Supply nightmare: Soft rock, brain death and making art out of nothing at all

I know that great culture should challenge and unsettle us. So why do I crave the comfort of "All Out of Love"? 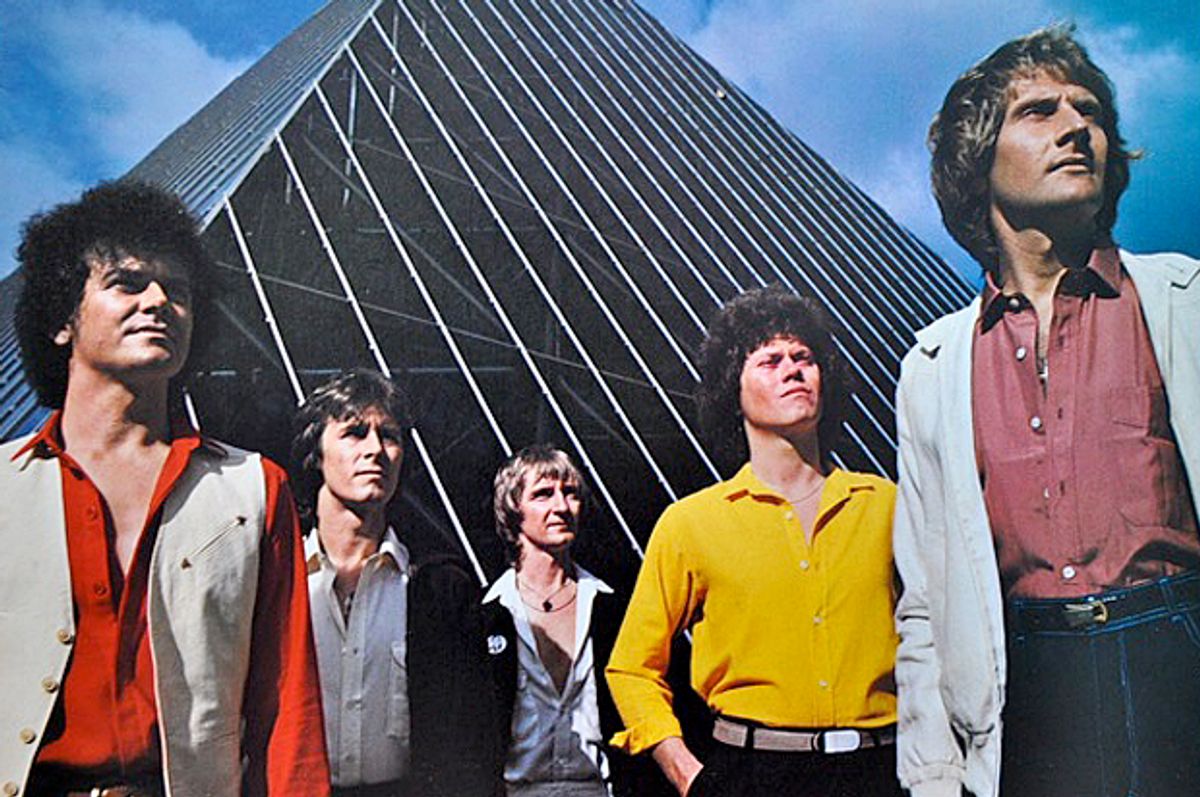 Lately, I’ve been worried about how little I want to be challenged by the culture around me. Remember the piece in the Onion last year in which “Hillary Clinton” debates whether to run for president? She asks: “Do I really want to wake up at 5 a.m. every morning and board a tour bus plastered with some simplistic campaign slogan designed to make you people feel happy and secure? Do I really want to be briefed daily by senior campaign advisers on how best to reduce complex and important policy points into a few easily digestible sound bites that you dum-dums can understand?”

At the time, I found this hilarious but also depressingly accurate, given how little tolerance we seem to have as a country for nuance and complexity -- the subtext of my despair being that I, of course, relish these qualities. That I find them necessary, even urgent, criteria for any successful engagement with the human condition.

Fast-forward to a conversation with a writer friend about a novel that’s been well-received, and which I enjoyed reading very much. I don’t want to name the book, because that is beside the point. The point is that it was about a tough subject but that its treatment was charming — almost breezy — and that while it didn’t end entirely on a happy note, I still felt pretty good about myself and the world by the last page. To which my friend said, “Yeah, just like a Spielberg movie,” which, among my peer group, is about as far from a compliment as you can get. Spielberg has a way of making us feel as if we’ve grappled with something complicated, minus the part where we’ve been implicated, challenged or threatened in any way. We leave the theater sobbing, but our values are intact alongside the social contract that says goodness will prevail. As my friend argued about the novel, and Spielberg by association, it “relies way too much on the sentimental (given the topic) and on narrative puzzles that seem solvable rather than irresolvable, or resolvable in deeply complicated ways.”

And to think I had liked this book. I went home feeling terrible. Why hadn’t I noticed its slick and produced approach to the “tough subject”? Worse, what if I had noticed and just didn’t care? The next day, I taught a fiction craft class at New York University and mentioned this discussion to my students, to which one of them said: OK, but what’s wrong with feeling good?

I had a response, the same one that’s bedrocked most everything I believe in terms of why we write and read fiction. And it is this, best phrased by the writer Charles Baxter in his essay “On Defamiliarization”: “The kingdom is running smoothly …because no one is learning anything.” What’s wrong with feeling good about how things worked out at the end of a three-hour movie about the Holocaust? What’s wrong with business as usual? What’s wrong is that you will have walked out of that encounter with art exactly the same person you were when you stepped into it. A canned, packaged approach to the world is designed to make us feel — to keep us feeling — in the words of “Hillary Clinton,” happy and secure. It’s a call for complacency. In some sense, it’s a political device to keep us down. Feeling good isn’t the problem. Feeling reassured is.

I was able to say all this to my student with conviction because I believe every word of it. If I didn’t, I couldn’t be a writer. Not in good conscience, anyway. And yet, some alarming facts about me that were not true 10 years ago:

At the end of a long day, flipping through the channels, I am more likely to watch "Saving Private Ryan" than "Wild Strawberries."

Sometimes, I’ve been known to listen to LITE FM. To the least challenging music in the world. When I was growing up, nothing seemed more paradigmatic of brain death than soft rock. And yet, on the cusp of 40, I can sing along to Air Supply in the car with pleasure.

A couple months ago, Terry Gross was interviewing the real Hillary Clinton and trying to get her to admit that she’s changed her mind about gay marriage to accord with the times. Clinton was having none of it. Instead, she described a much more nuanced evolution of thought that probably reflects exactly how it was for her to endorse gay marriage today when 30 years ago, the idea was, for most people, absurd if not anathema. But as I was listening to this, I couldn’t help thinking: Oh, enough already, just give me the logline.

So: should I be worried about myself? I think the answer is yes. There’s nothing wrong with seeking out entertainment that’s reductive and anodyne, even when it pretends otherwise. The problem is that the anodyne appears to have neutered my interest in learning anything more than what I know already. My kingdom is running smoothly. It’s highly functional; it’s even pretty. So pretty, that I often feel unwilling to draw the curtains.

It’s not that I’ll see only ugliness out there — gross betrayals of the social contract being executed every day. It’s that I’ll be unsettled by what’s out there — by the complicated, confounding, happy, sad and often insoluble mess we’ve made of the world and of ourselves. And I guess, as I get older, that I don’t want to be unsettled. But I also know this is a shortcoming worth resisting with all the strength I have — not just as an artist, but as a person vested in how we can overcome our worst selves and get better, smarter, more empathetic and humane.

Fiona Maazel is the author of the novels "Last Last Chance" and "Woke Up Lonely." She is winner of the Bard Prize for Fiction in 2009 and a National Book Foundation "5 Under 35" honoree for 2008. She lives in Brooklyn, NY.