"It's like [Bush] is some kind of prophet. What's his name? Nostra-dumbass?" 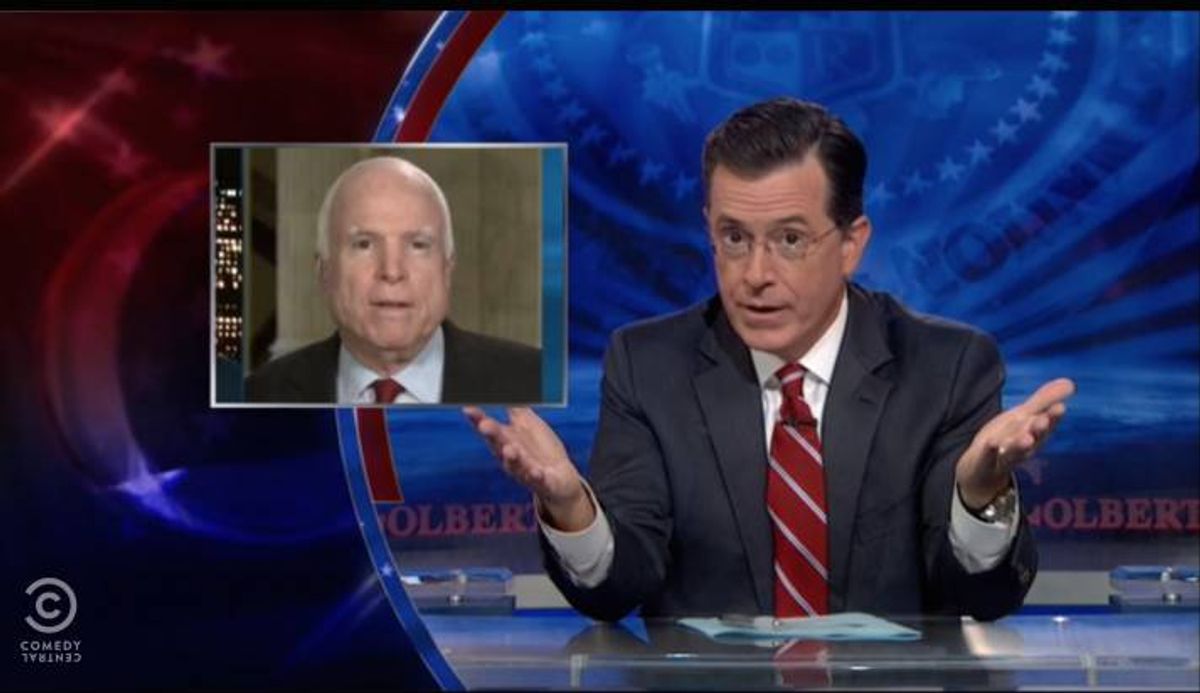 On Thursday evening, Stephen Colbert addressed Sen. John McCain's several cable news appearances on Thursday night, in which he bragged about his foresight regarding withdrawing early from Iraq (McCain said we should have left a residual force).

"All we had to do was keep a residual force in Iraq for, say, ever. Then, today we wouldn't have any terrorism there except for the terrorism we had when we were there! Problem samed."

Colbert then turns his attention to Dick Cheney and former President George W. Bush, who have been getting an inordinate amount of praise for their so-called predictions.

"It's like [Bush] is some kind of prophet," Colbert said. "What's his name? Nostra-dumbass? Because, I gotta say listening to that, it really seemed like Bush could see the future in 2007, if only he could have seen it in 2003!"