All these effing geniuses: Ezra Klein, expert-driven journalism, and the phony Washington consensus

Ezra Klein and his data brigade think political science will save us. But expert opinion is why we're in this mess 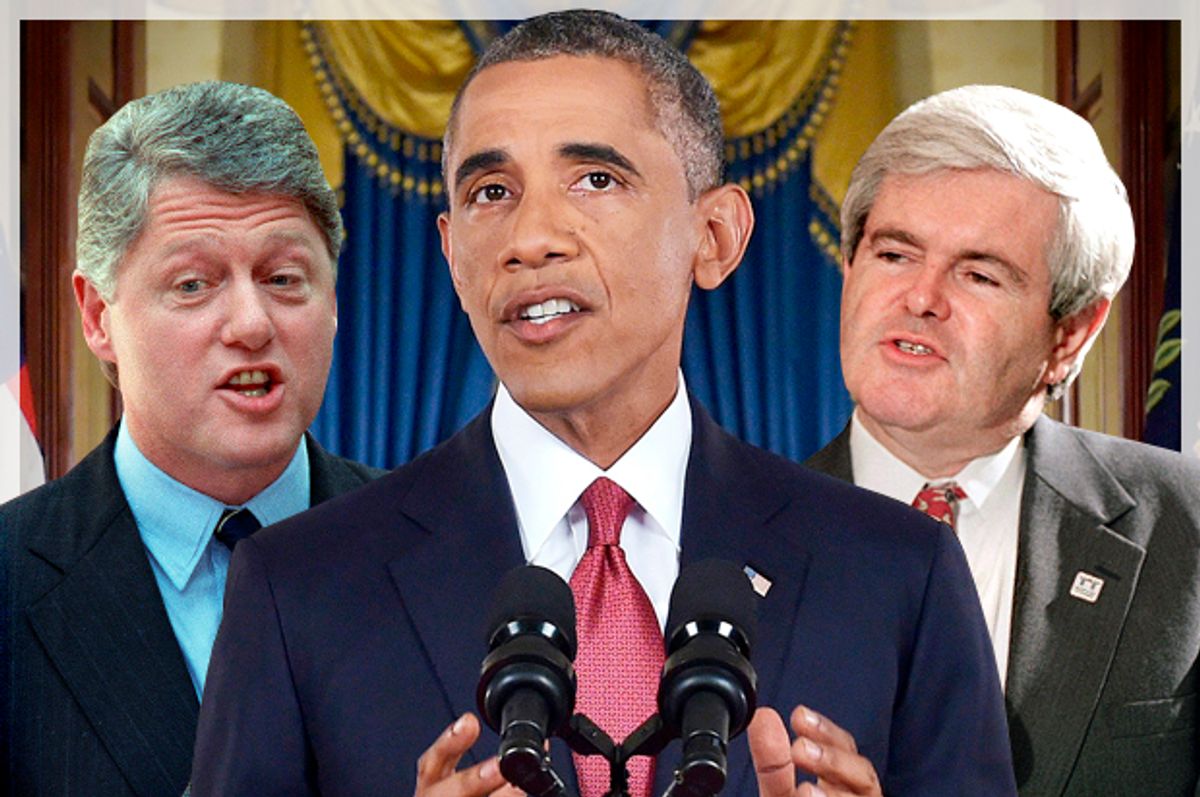 Nearly every aspect of this argument annoyed me. To suggest, for starters, that people in Washington are—or were, until recently—ignorant or contemptuous of academic expertise is like saying the people of Tulsa have not yet heard about this amazing stuff called oil. Not only does Washington routinely fill the No. 1 spot on those “most educated cities” articles, but the town positively seethes with academic experts. Indeed, it is the only city I know of that actually boasts a sizable population of fake experts, handing out free-market wisdom to passers-by from their subsidized seats at Cato and Heritage.

The characteristic failing of D.C. isn’t that it ignores these herds of experts, it’s that it attends to them with a gaping credulity that they do not deserve. Worse: In our loving, doting attentiveness to the people we conceive to be knowledgeable authorities, we have imported into our politics all the traditional maladies of professionalism.

The powerful in Powertown love to take refuge in bewildering professional jargon. They routinely ignore or suppress challenging ideas, just as academics often ignore ideas that come from outside their professional in-group. Worst of all, Washingtonians seem to know nothing about the lives of people who aren’t part of the professional-managerial class.

How well-known is this problem? It is extremely well known. One of the greatest books of them all on American political dysfunction, David Halberstam’s "The Best and the Brightest" (1972), is the story of how a handful of poli-sci geniuses got us into the Vietnam War. How political science conquered Hanoi, you might say, except that it didn’t exactly work out like that.

You can see this dysfunction for yourself in the headlines of recent years. Ever wonder why the foreign policy authorities never seem to change, keep coming back, despite racking up shattering failures like the Iraq War? It’s because of the way Washington worships expertise, and the way these authorities have perched themselves atop a professional structure that basically does not acknowledge criticism from the outside.

Ever wonder why the economic experts never seem to change, keep coming back, despite racking up such shattering failures as the housing bubble and the financial crisis and the bank bailouts? Ever wonder why a guy like Larry Summers gets to be chief economist at the World Bank, then gets to deregulate Wall Street, then gets to bail Wall Street out, then almost gets to become chairman of the Fed, and then gets to make sage pronouncements on the subject of—yes— inequality? It’s for the same bad reasons: Because D.C. worships expertise and because Summers, along with a handful of other geniuses, are leading figures in a professional discipline dominated by what a well-informed observer once called a “politburo for correct economic thinking.”

Some people are ignored in this town even though they are often right while others are invited back to the Oval Office again and again even though they are repeatedly wrong—and the reason is the pseudo-professional structure of the consensus. No one has described how it works better than Larry Summers himself. “I could be an insider or I could be an outsider,” Elizabeth Warren says Summers told her, back in the bailout days.

“Outsiders can say whatever they want. But people on the inside don’t listen to them. Insiders, however, get lots of access and a chance to push their ideas. People — powerful people — listen to what they have to say. But insiders also understand one unbreakable rule: They don’t criticize other insiders.”

Back to the main point. It is true that some of the hottest deck chairs on the sinking ocean liner known as the press are number-crunching divisions like The New York Times’s “Upshot” section and Ezra Klein’s own former department, the Washington Post’s “Wonkblog.” In these corners of the trade, journalists today are no longer content merely to quote political scientists; they aspire instead to be political scientists. Where they once gave us words, they now deal in charts. Graphs! Diagrams!

This approach has had a number of successes. But its limitations are far more striking. I offer, as Exhibit A, last Sunday’s big Upshot piece in the New York Times, “Why Democrats Can’t Win the House” by Nate Cohn, another journalist known for his data-shuffling skills. Cohn asks why Democrats, who are the majority party, have so little chance of re-taking the House of Representatives from the Republicans this fall, despite the Republicans’ extreme misbehavior over the last few years. It’s a good question, and Cohn downplays the usual answer, that it’s all because of partisan gerrymandering. Instead, he points to the concentration of Democratic voters in a small number of urban Congressional districts, which has the effect of leaving the remaining House seats of a given state to the GOP.

Even so, these House Republicans are really, truly awful. Isn’t there a way for Democrats to beat them regardless of the geographic hurdles? According to Cohn, not really. Either Democrats have to appeal to lost voters (like “the conservative Democrats of the South and Appalachia”) by moving rightward, or they will have to “wait for demographic and generational change” to win the seats for them. And maybe that makes sense, given the assumptions of the lame school of political science that D.C. types always gravitate to—the kind in which there are but two poles in political life and politicians of the left party can only win if they move rightward.

It is this kind of strikingly unoriginal thinking, which I am sure is shared by the blue team’s high command, that explains why the Democratic Party looks to be headed for another disaster this fall.

Allow me to drop a single, disturbing data point on this march of science. You might recall that Democrats controlled the House of Representatives from the early 1930s until 1994 with only two brief Republican interludes. What ended all that was not an ill-advised swerve to the left, but the opposite: A long succession of moves toward what is called the “center,” culminating in the administration of New Democrat Bill Clinton, who (among other things) signed the Republicans’ NAFTA treaty into law. Taking economic matters off the table was thought to be the path of wisdom among expert-worshipping Washingtonians, but it had the unforeseen consequence of making culture that much more important for a large part of the population. Democrats were eventually swamped by all the crazy grievance campaigns of the right, which has splashed back and forth in the mud of the culture wars ever since.

Not getting this is standard in the comfortable and well-educated precincts of Washington, D.C. All political contests are battles over the center, everyone here knows that, and so Democrats who wish to win must always move to the center, meaning to the right. That the noble pursuit of the median voter might somehow bring defeat is beyond comprehension.

So a data-minded commentator like Nate Cohn is able to look out over the blasted moonscape of Appalachia and conclude that a party of the left has nothing it might conceivably offer the people there. If Democrats wish to win back the seats that Republicans have taken away from them in such stricken areas, the Dems must either become more conservative themselves or sit audaciously on their butts for a couple of decades while some new generation is born and grows up to populate the boarded-up towns and collapsing houses of the deindustrialized hinterland. Those are the only choices.

The fatalism here may be science-driven, but still it boggles the mind. Today, the right is out there organizing and proselytizing and signing people up for yet another grievance-hyping mass movement. Over the last 40 years they have completely remade the world, and at no point did they play by the centrist rules.

But the Democrats chase nobly on after grand Washington bargains and sign more free-trade deals and make endless compromises with Wall Street—and then can’t figure out why such achievements don’t win them the adoration of the people in the hard-bitten countryside. No matter. They’ll simply wait for a new generation to come along, a new public that is more enlightened, better able to appreciate the fine distinctions between the parties, that is capable, at long last, of making the rational choice.