A 5,000-year-old monument has been identified near the Sea of Galilee 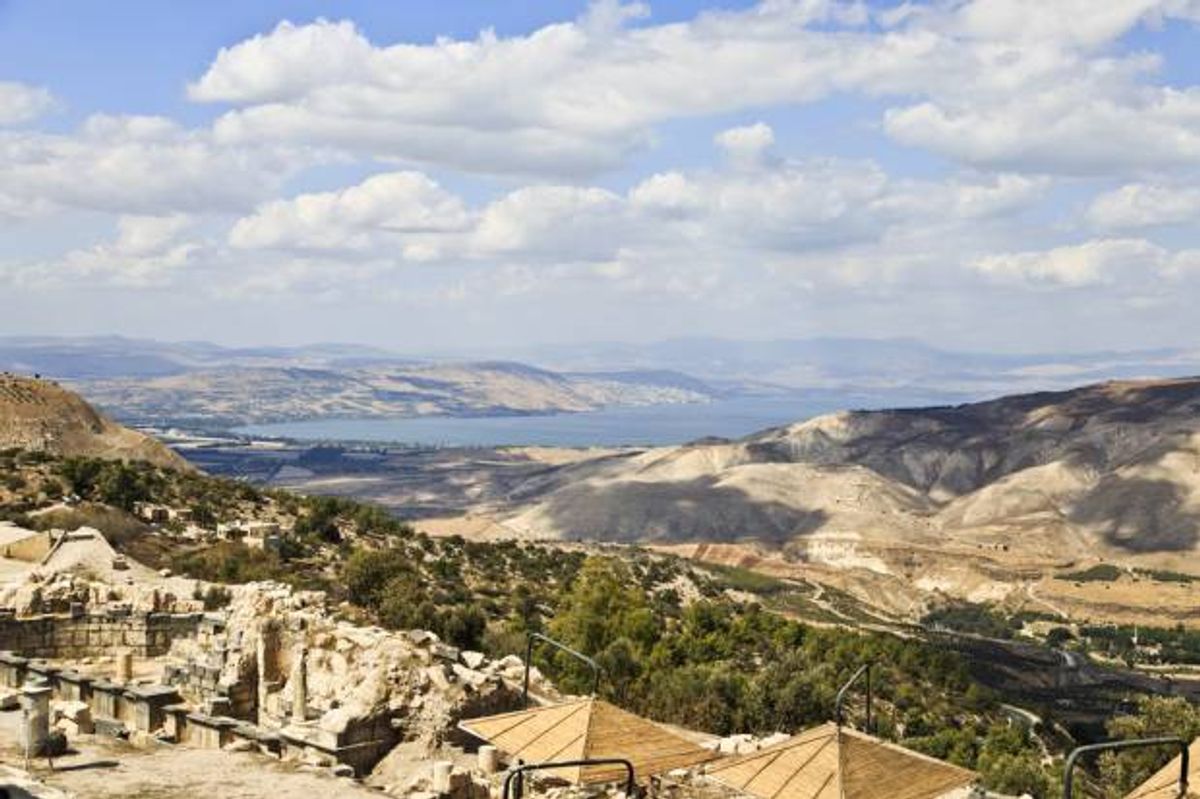 Sea of Galilee from Jordan (Ahmad A Atwah via Shutterstock)
--

A massive crescent-shaped stone structure has been discovered just a few miles northwest of the Sea of Galilee in Israel. Dating between 3050 B.C.E. and 2650 B.C.E., the monument is almost 500,000 cubic feet in volume and about 492 feet long. It seems hard to believe that such an enormous structure could have gone unidentified until now. In fact, archaeologists had assumed that the stone formation was part of a city wall; it wasn't until Ido Wachtel, a doctoral student at the Hebrew University in Jerusalem, found that there actually wasn't a city beside the "wall," that he realized it was a stand-alone monument.

"The proposed interpretation for the site is that it constituted a prominent landmark in its natural landscape, serving to mark possession and to assert authority and rights over natural resources by a local rural or pastoral population," wrote Wachtel in a presentation for the International Congress on Archaeology of the Ancient Near East.

The structure's crescent shape stood out in the landscape, Wachtel told Live Science in an email. The shape may have had symbolic importance, as the lunar crescent is a symbol of an ancient Mesopotamian moon god named Sin, Wachtel said.

An ancient town called Bet Yerah (which translates to "house of the moon god") is located only a day's walk from the crescent-shaped monument Wachtel noted. As such, the monument may have helped mark the town's borders. While the monument is located within walking range of the city, it is too far away to be an effective fortification...

"The estimation of working days invested in the construction [of] the site is between 35,000 days in the lower estimate [and] 50,000 in the higher," Wachtel said in the email.

If the lower estimate is correct, it means a team of 200 ancient workers would have needed more than five months to construct the monument, a task that would be difficult for people who depended on crops for their livelihood. "We need to remember that people were [obligated] most of the year to agriculture," Wachtel said.

According to the Archaeological Institute of America, Bet Yerah, or "Khirbet Kerak" in Arabic, was a fortified city that existed throughout the Early Bronze Age (around 3000 B.C.). While the town's name seems to indicate some association with the moon god, and subsequently a connection with the monument, it is unclear whether the town was known by this moniker 5,000 years ago.