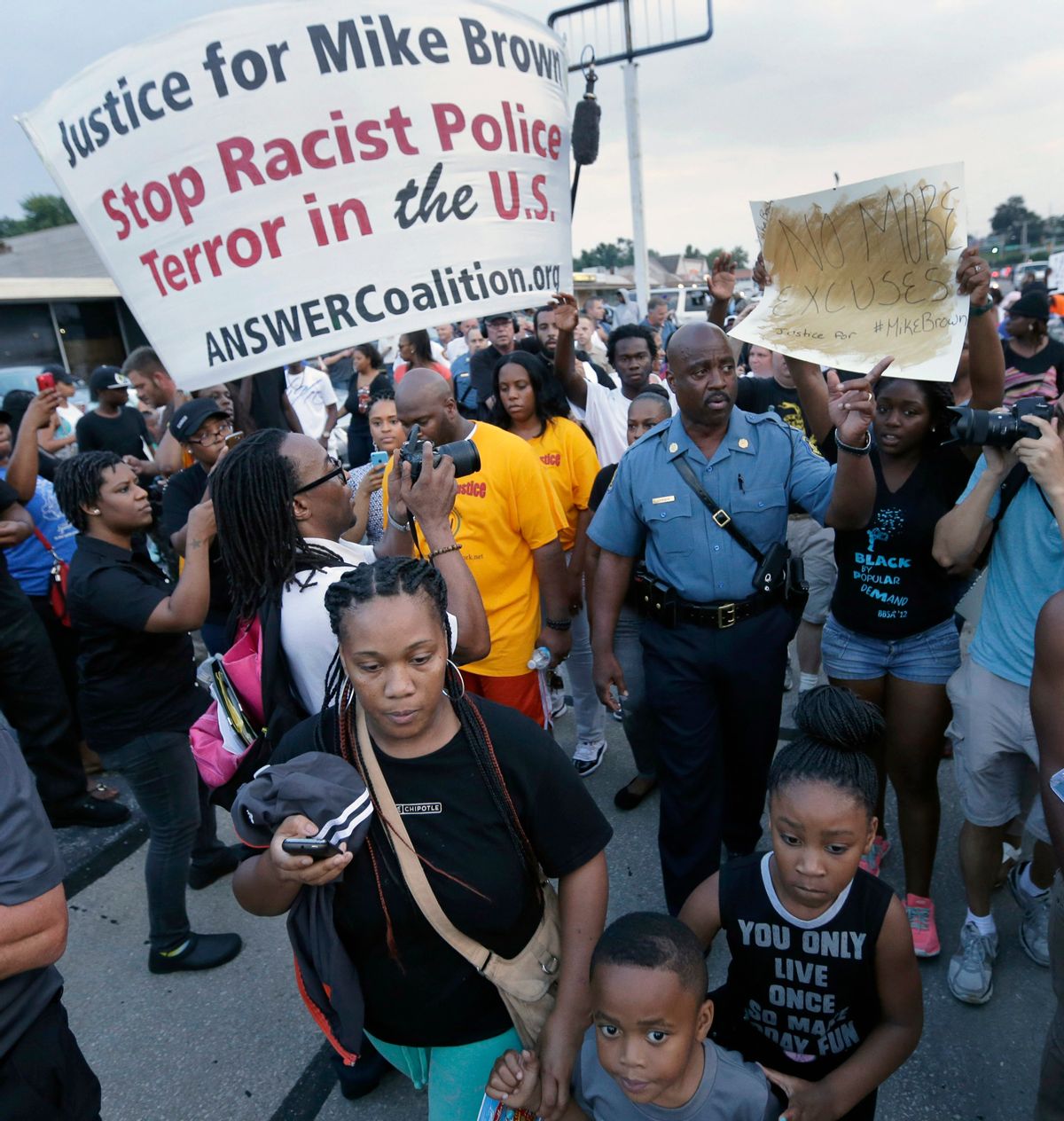 In this Aug, 16, 2014 file photo, Missouri Highway Patrol Capt. Ron Johnson walks among people protesting the police shooting death of Michael Brown a week ago in Ferguson, Mo. The Ferguson City Council, set to meet Tuesday, Sept. 9, 2014, for the first time since the fatal shooting of Brown, said it plans to establish a review board to help guide the police department and make other changes aimed at improving community relations. (AP/Charlie Riedel)
--

A new poll released by Remington Research Group found that public opinion surrounding the death of 18-year-old Michael Brown is starkly divided: 65 percent of black respondents believe Officer Darren Wilson was unjustified in his shooting of Brown, while 62 percent of white residents surveyed believed Wilson was acting within his rights.

Remington Research, which was founded by Republican political consultant Jeff Roe, based its findings on questions posed to 604 county residents on Sept. 13-14.

The firm based the non-commissioned poll on demographics weighted to match U.S. Census data. Remington Research said the margin of error, +/- 3.53 percent, gives the survey a "95 percent level of confidence."

Respondents based their answers on accounts gleaned from news accounts and others [sic] sources and not first-hand information.

Based on what the residents have seen and heard over the past month, 41 percent believe that "organized street gangs" bore the primary responsibility for the violence that erupted along West Florissant Avenue in the days following the Brown shooting.

The only thing that everyone could agree on was their disappointment in the media: 75 percent of all people polled thought they made the situation in Ferguson worse.