Davidson, 20 years old, is a stand-up comic from New York. You might have seen him on Guy Code 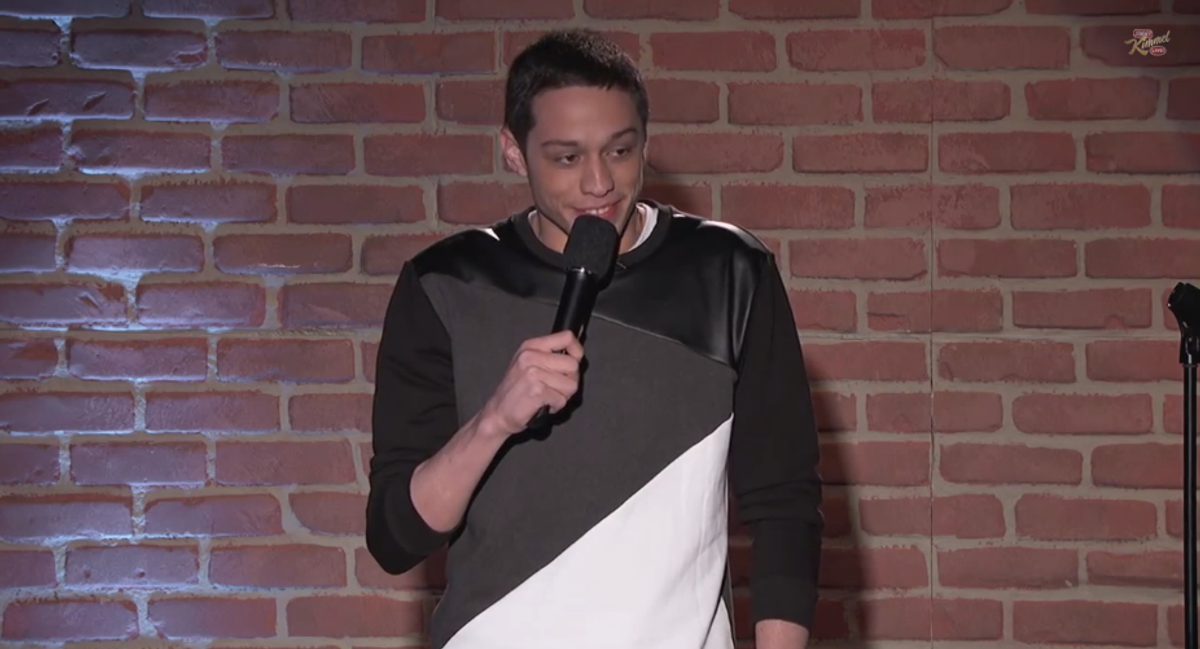 Days after "SNL" announced a major shakeup in its "Weekend Update" casting, replacing Cecily Strong with former "SNL" writer and current "Daily Show" correspondent Michael Che, Lorne Michaels has hired stand-up comic Pete Davidson as a featured player. Davidson is just 20 years old, but has been performing stand-up in the New York area since high school, Deadline reports, as an outlet to grieve his father -- a firefighter who died in 9/11. He recently appeared on "Jimmy Kimmel Live" and has appeared on MTV's "Guy Code."

To get a sense of Davidson's style and wit, watch these four bits in which he comments about race, adulthood, college, suicide, relationships and more, all through comedy:

Stand-up on getting a car at the Stress Factory, 2012