If England wants to keep Scotland from seceding, it needs to try way harder 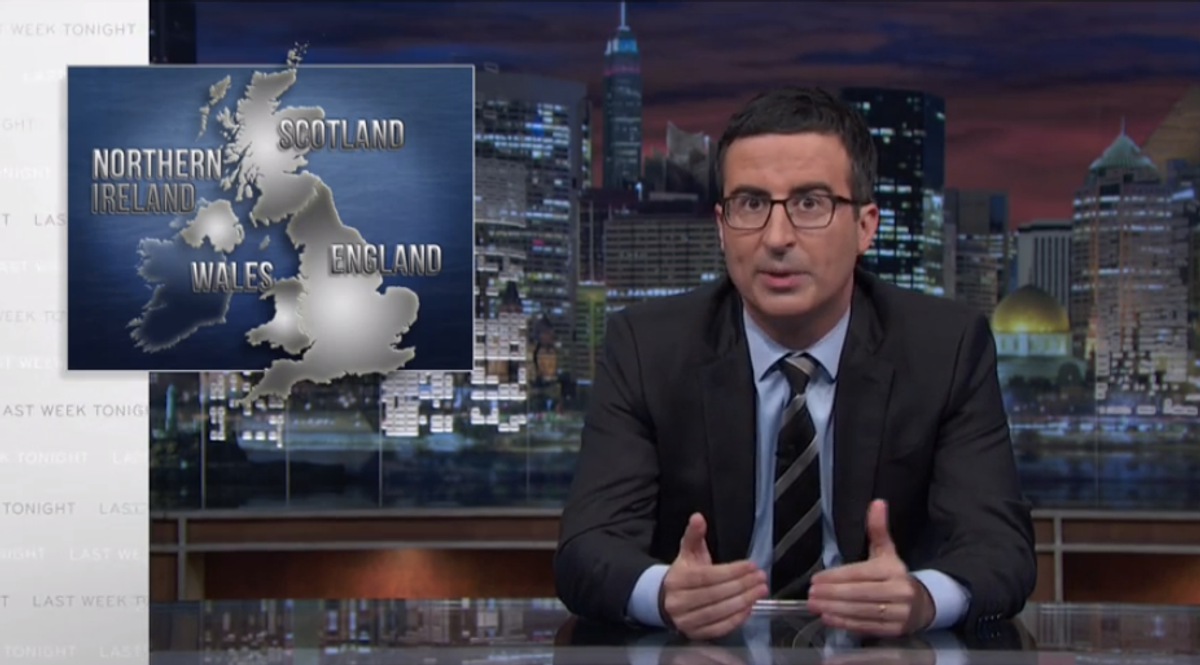 John Oliver turned his "Last Week Tonight" audience's attention over to his home country, England, and neighboring Scotland, which is about to vote on whether to secede from the U.K. "Scotland and England have been involved in something of a 300-year arranged marriage," said Oliver, explaining the complicated relationship between the two regions, "and look, I'll be the first to admit that, look, England has been a little bit of a dick since the honeymoon."

While England's anti-Independence campaign has author J.K. Rowling's support, the pro-Independence, liberal-leaning campaign is fueled by lottery winners. (Future Scotland also has a sense of humor: The official animal will be the unicorn, the flower will be the thistle). But secession could also bring a huge blow to Scotland's economy, as it will no longer have the power of the pound backing it.

Though Oliver usually takes a clear moral stance on the complex issues he discusses, this time he laid out the facts and walked away, saying only that the U.K. needs to try harder to woo Scotland if it wants to win the vote. Oliver's summary: "When you haven't been nice to someone for 1,000 years, it's very difficult to suddenly start."