Octavia Spencer's strange teen soap: Is this really the best role TV could give her? 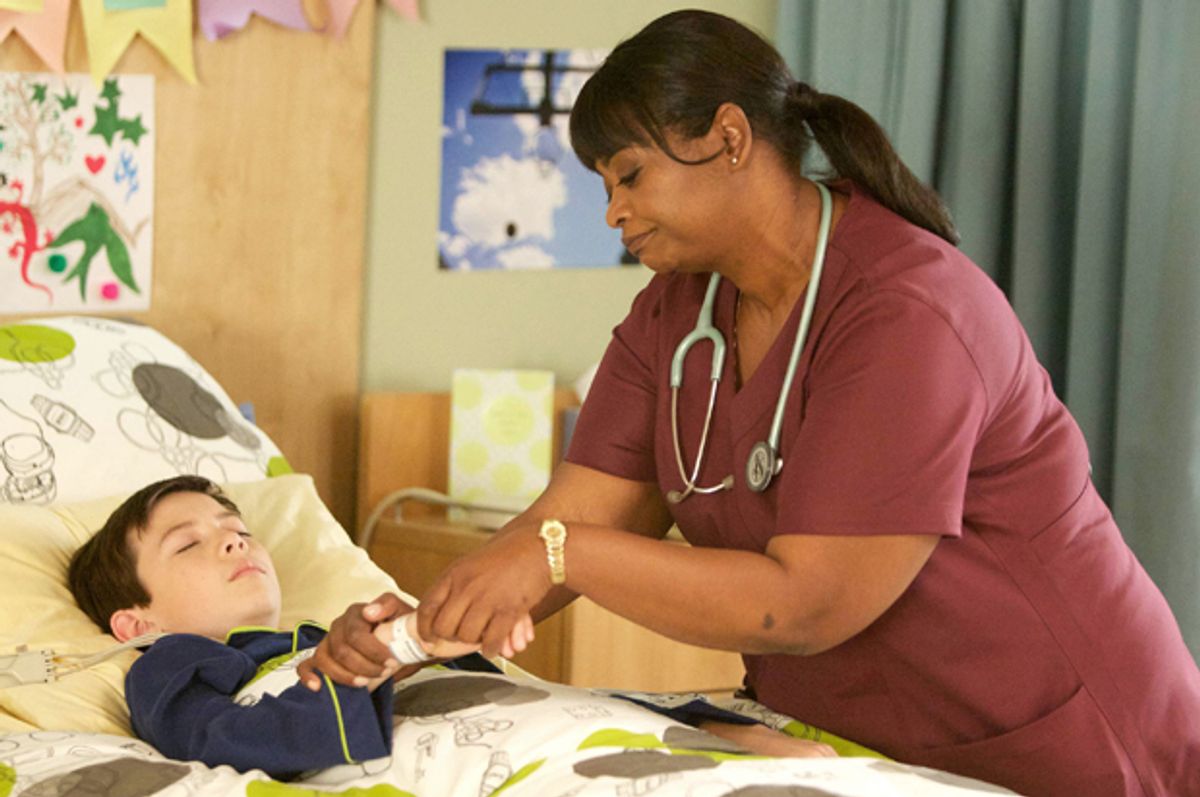 Three makes a trend: Octavia Spencer's role in Fox's "Red Band Society" (premiering Sept. 17) places her in good company among African-American actresses who've recently turned to broadcast TV after even attention from the Oscars failed to guarantee consistently good roles. Her "The Help" costar Viola Davis headlines ABC's heavily hyped "How to Get Away With Murder," while Halle Berry was at the center of the promising but ultimately unfulfilling "Extant" this past summer on CBS.

But Spencer seems somewhat lost in the generally decent pilot to "Red Band Society" -- it's as though the show doesn't quite know what to do with her yet. (It's enough to make one wistful that Spencer's reboot of "Murder, She Wrote" never got off the ground; she'd have been used well as the multidimensional center.) She plays one "Nurse Jackson," overseeing a pediatrics ward in a hospital with a stern, uncuddly manner; in the pilot, we learn that she won't stand for any shenanigans from her patients nor for rude drivers, and that she has her barista write "Scary Bitch" on her coffee cups.

Pilots are meant to work in broad typology (yes, one of Spencer's patients is a snobby cheerleader), and presumably we'll see a new side of Nurse Jackson as the series rolls on. But her representation as a  blunt, sharp-tongued, self-described "bitch" feels a little overdone. Nurse Jackson seems about as well-drawn a character, after the first episode of "Red Band Society," as do pre-Oscar roles in Spencer's filmography like "Nurse," "Nurse Octavia," "Nurse B," "Baby Nurse" and "Nurse #2." It took all of two and a half years post-Oscar for Spencer to end up roughly where she started -- sure, she's the biggest name in the cast, but she gets screen time only to snarl at her young charges and steal their smartphones.

The show itself is cute and could grow into something if it decides what level of reality it wants to operate on. The "Red Band Society" is a circle of comrades battling cancer in a pediatrics ward that feels more like Hollywood High: If these kids are too sick to live at home, they're probably too sick to bust out and try to buy beers. I have a particular soft spot for high school dramas that use the books their characters are reading as evidence of certain character traits -- there's nothing like the classics! -- so the on-the-nose reading of "Henry V," about brothers riding into battle together, didn't faze me. It was the kind of attempted character development I'd like to see more of in the show.

The pilot's best moments were frankly, soppily emotional; the use of a child in a coma to narrate the whole thing was not exactly artful, but it carried across the show's mood very well. Using Spencer, though, as a blunt instrument to puncture the show's mood only scratches the surface of what this actress can do even in an iffy project. ("The Help," based on rotten material, would not have been the hit it was without Spencer's genuine emotional connection with Jessica Chastain's character, though most people just remember her sarcasm.) Spencer's counterpart in the hospital is a doe-eyed doctor played by Dave Annable as a more sensitive Doug Ross. Maybe the show can start giving Annable a little edge, and borrowing some from Spencer, who has more than enough to spare.