The 15 most bizarre sex tips from the Victorian era

Giving weird and terrible sex advice is one of our favorite pastimes, but these "conjugal passions" take the cake 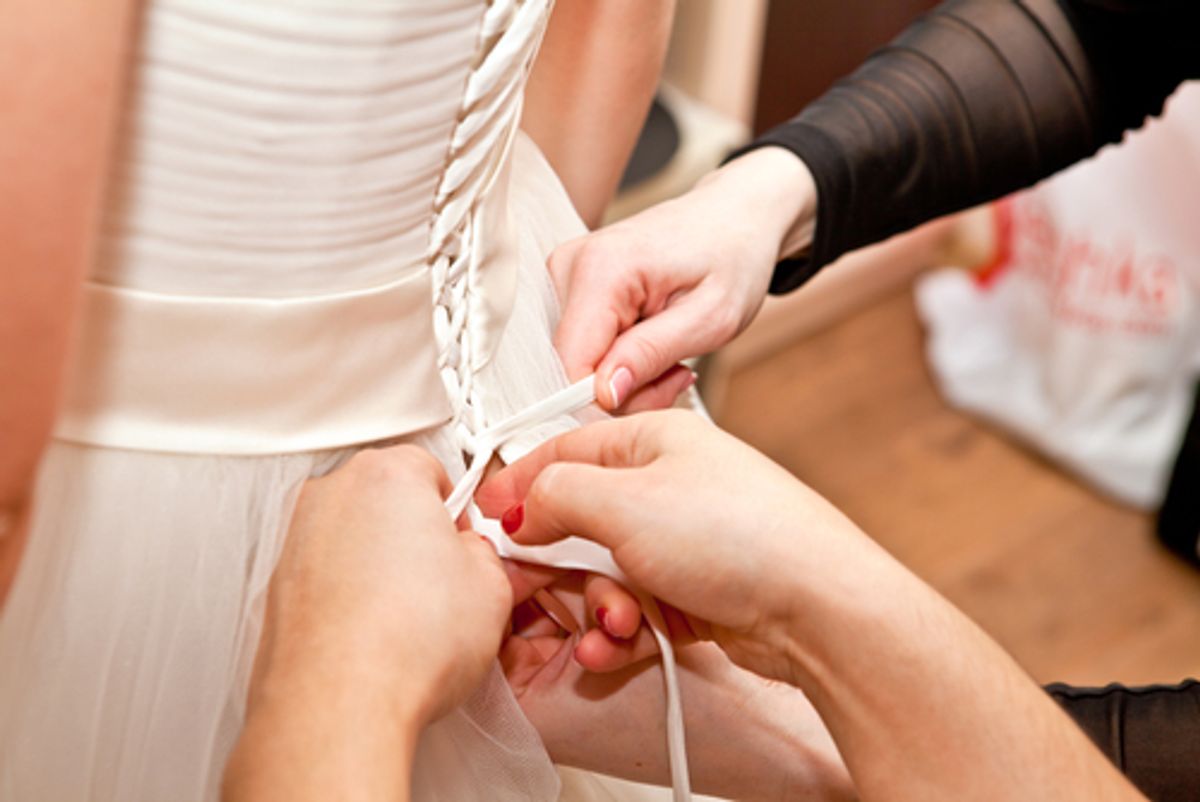 In 2012, Missouri Senate candidate and Republican Todd Akin told a television station that women can’t get pregnant from “legitimate rape” because “the female body has ways to try to shut that whole thing down.” We wonder if Akin got this absurd notion from brushing up on medical tracts from the ‘50s -- the 1850s, that is. French physiologist Eugene Becklard, M.D., wrote a sex book for the masses, with a title as hard to swallow as the advice itself. “Becklard’s Physiology: Physiological mysteries and revelations in love, courtship and marriage: an infallible guide-book for married and single persons, in matters of the utmost importance to the human race.”

In the book, Becklard states: “The mouth of the uterus, be it known, is very narrow, so narrow in fact, that the fecundating principle would not enter it, but that it craves it, and inhales it by real suction — a proof, by the way, that a rape can never be productive of real offspring.”

The uterus: storing fetuses and sucking out rape since 1850!

Becklard also believed that, when trying to conceive, the child would turn out more like whoever had the best orgasm. “[T]he party whose temperament predominates in the child was in the highest state of orgasm at the period of intercourse.”

If one is trying not to beget a child, Becklard advised that, immediately after the conjugal act has occurred, “dancing about the room before repose, for a few minutes, might probably have that effect.” This is, of course, contrary to logic (and to the plot of Dirty Dancing, which is where we get all of our sex advice).

But if you really don’t want to get knocked up, “trotting a horse briskly over a rough road on the following day would ensure it.” He also noted that “strong victuals” and “spirits that promote thirst” are also “great enemies to reproduction.”

But doctor, will I also become impotent? “Indeed, the confirmed onanist becomes incapable of consummating the rights of marriage.”

Hanchett, despite succumbing to the common beliefs over masturbation’s evils, was one of the more progressive advice givers of his day. For instance, he believed people should have access to sexual knowledge and that we shouldn’t have bodily shame. “[I]t is no shame to have organs which can house and nurture a budding human life,” he wrote. But he also advised women not to get carried away, as “flirtatious women cause men to visit brothels for ‘relief,’ which only adds to the spread of disease.”

8. If you can’t come at the same instant as your partner, you are a failure

One of the few “rights” granted to Victorian wives was the ability to refuse sex if their husband could not achieve “mutual adjustment,” that is “the orgasm of the woman and the ejaculation of semen of the man in the same instant.”

9. Have sex with your husband as little as possible

But really, you should seldom be boning your husband, at least according to Ruth Smythers, who authored “INSTRUCTION AND ADVICE FOR THE YOUNG BRIDE on the Conduct and Procedure of the Intimate and Personal Relationships of the Marriage State for the Greater Spiritual Sanctity of this Blessed Sacrament and the Glory of God” in 1894.

To aid in this feat, Smythers recommends: “Feigned illness, sleepiness, and headaches [which] are among the wife's best friends in this matter.” If that doesn’t work, “Arguments, nagging, scolding, and bickering also prove very effective, if used in the late evening about an hour before the husband would normally commence his seduction.”

“Sex, when it cannot be prevented, should be practiced only in total darkness,” added Smythers. Is this for modesty reasons?

“When he comes groping into the room she should make no sound to guide him in her direction, lest he take this as a sign of encouragement. She should let him grope in the dark. There is always the hope that he will stumble and incur some slight injury which she can use as an excuse to deny him sexual access.”

Men, too, were advised to have sex in the dark, but only so they wouldn’t have to look at their “ugly” wives, according to Aristotle’s Masterpiece, which was, as you can probably guess, neither a masterpiece nor written by Aristotle: “[I]f she is ugly, the advice is: do it in the dark.”

11. Does your husband want to kiss you? Plan your escape

That’s all well and good in the moment, Ruth, but how can I get my husband to stop wanting sex for the rest of our lives?

“As soon as the husband has completed the act, the wise wife will start nagging him about various minor tasks she wishes him to perform on the morrow. Many men obtain a major portion of their sexual satisfaction from the peaceful exhaustion immediately after the act is over. Thus the wife must insure that there is no peace in this period for him to enjoy.  Otherwise, he might be encouraged to soon try for more.”

For those few regrettable times when husbands and wives MUST bone for procreative reasons, Riddell’s book noted that strict protocol should be observed: “At the conclusion of the sexual act, the wife must not talk, cough, or sneeze, lest this impede conception.”

Other ways you can ruin your future children’s lives forever include not being in love: “Any union without true love, according to the manuals of the day, would bring forth ‘ill-looking, sour and spiritless offspring,’ while those hoping for good-looking children should remember that sex must not be ‘faintly or drowsily performed.’”

14. And whatever you do, don’t have sex on stairs

“A child that was begat upon a set of stair is most likely to be born with a crooked back and given in no small way to the fault of staring.”

Okay, got it. No sex while tired, only perform it begrudgingly, claim incontinence if your husband tries to get “freaky” by kissing you, don’t have sex on stairs, don’t sneeze, cough, flirt, or east mustard, and come at the precise moment that your husband does. Phew. If that seems like a lot to remember, especially for the poor Victorians who had basically zero sexual knowledge and experience, just wait -- there’s more.

Here’s Riddell again, who wrote that if Victorians wanted strapping children, they had better be keeping tabs on wind patterns. Children “begat when the wind is blowing from the north” will turn out stronger than those begat during an easterly wind.

And what of south or westerly winds? VIctorian wisdom is conspicuously absent on the matter, but based on all the above anecdotes, we’d guess that it probably causes your kids to be born with flippers.