When your boyfriend loses his lover

We've been in an open relationship for years now. But some things aren't taught in the polyamory manuals 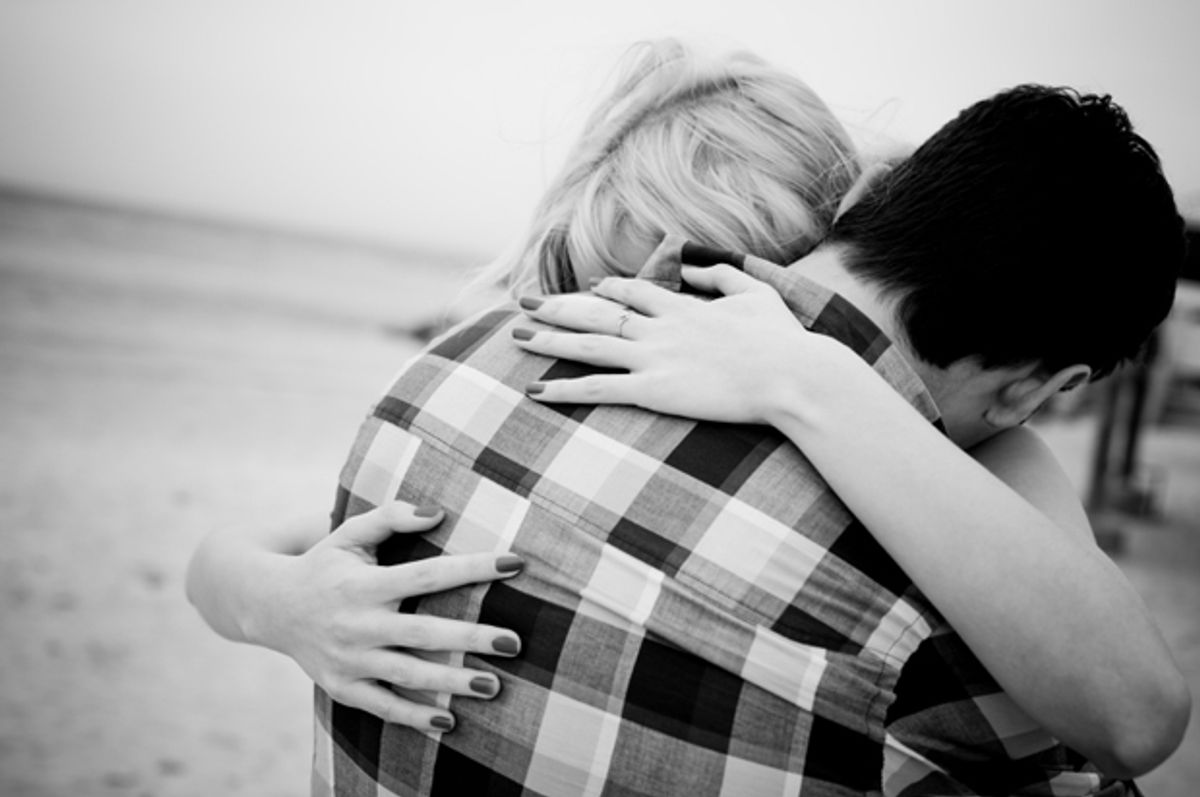 I sit with him. His head is bowed, and he looks tired and sad. If tears could leak out of his eyes, they would. But my boyfriend has been trained not to cry, although I’m not privy to what he does when he’s alone, listening to his favorite love songs. It’s heartbreaking when someone who is so optimistic, so full of boundless positivity and who brings such joy to lives through his music is in a pit of numbed nothingness. But it’s not my heartbreak I’m concerned with, it’s his.

In an open relationship, you have experiences that are a rarity in other people’s lives. You welcome jealousy as a teacher. You challenge what a relationship really means.

I haven’t always been comfortable in this territory. I was married and monogamous once. Then my husband and I fell in love with another couple. For two beautiful and painful years we were a quad, a foursome. Seven years later, we’re no longer with each other. We fulfilled every prophecy of open relationships not fixing existing problems, much to my grief and disappointment. But we learned. And we grew.

Today I have two boyfriends, but only one who lives with me, the father of my amazing children, who is now divorced from his wife. His ex-wife is married to my ex-husband and they have a child.  For better or for worse, I wouldn’t have played it any other way. Polyamory has become a part of my context, my narrative and my belief in the right every person has to configure their relationship in a way that makes them happy. But there are some situations the polyamorous literature rarely covers. What to do when your boyfriend is grieving the loss of his lover?

Of course, I’m projecting about his heartbreak, as I always do. He’s a “coper,” one of the reasons I love him. When we met, I told him about my baggage, and he said, “Don’t worry, darling, I can handle heavy.” He’s always been the dependable one.

If it were me who’d been broken up with, I’d have some anger, some justifiable explanation of why he was wrong and I was right. But it’s not me. I have no anger, no justification. Nothing to water down the sorrow I feel on his behalf. I try to counter with some useless platitudes like, “Well, you’ll find someone else.” Or, “Why don’t you go out on the town with your mates?” But in the end, I just keep quiet and listen.

“She changed,” he says. “Here one minute, the girl who was brimming with love and then her heart switched off. This girl, I don’t know her. So it’s not her now I’m grieving, it’s the girl I met. We were so happy.”

I know. I saw them together. It was a whirlwind of passion, tender moments and the look I haven’t seen on his face since – well, since we met all those years ago. He lost her. And we lost our dreams. Love with that depth doesn’t strike every day, every month or every year.

He speaks of her. Of memories. Of what ifs. Of his confusion. I try my best not to think guiltily about my own lover, my other significant other, sleeping in the bedroom. This heartbreak is his alone. And I am the lucky one.

But I miss her, too. We are still friends, supposedly. And yet everything has changed. She’s not coming over every other day. Her laughter doesn’t sound in the kitchen anymore. We have no exotic perfume traces on the sofa, the bedsheets or my clothes that she tried on and were three sizes too big for her. I miss her smell. After two months, it’s all been scrubbed away through the normal wear and tear of life. I listen to the playlist they created on Spotify, when they were still in love. “Addicted” by Avicii. “Happy” by Pharrell Williams. “I’ve Got You” by Marc Anthony, the last of the great romantics in company with my boyfriend. I wonder how many times he’s listened to it. How many times they made love to it.

And I cry for him.

It would be easy to play the drama triangle. To see her as the girl who trampled on him. But that’s not how it happened, and besides, it does no good to think that way. It only heaps the burning coals onto a situation that’s painful enough.

I don’t blame her for her change in heart even in the moments that I see my boyfriend lost and unhappy. Our lifestyle is, after all, difficult: extraordinarily joyous, but it comes with a heavy dose of rejection from society. Was that what made her heart switch off? Was it the realization that she was monogamous after all? Even she didn’t really know.

So she left. We plotted and we planned in the height of summer, and we were all the unhappier because the world was so glorious. Because when you’ve broken up with someone, there’s a hole that's left behind. And all you want to do is fill it. The response from those who didn’t understand was, “Cheer up, you’ve still got one girlfriend left.”

But the hole in his heart was shaped like her, and only she fitted in it. I didn’t. That hole, that wound had to heal. It was bleeding and I didn’t have tissues big enough to clean up the mess.

Then a month later he said, “I guess I’ll throw her toothbrush away then.”

And I nodded in reply, breathing in relief and sadness. It was over, and she wasn’t coming back.

Louisa Leontiades is freelance journalist writing about sex, pop culture, relationships & psychology. You can catch her blog at www.postmodernwoman.com or chat to her on twitter @freeleontiades.